Nobody can sever TRNC's ties to Turkey, President Tatar says 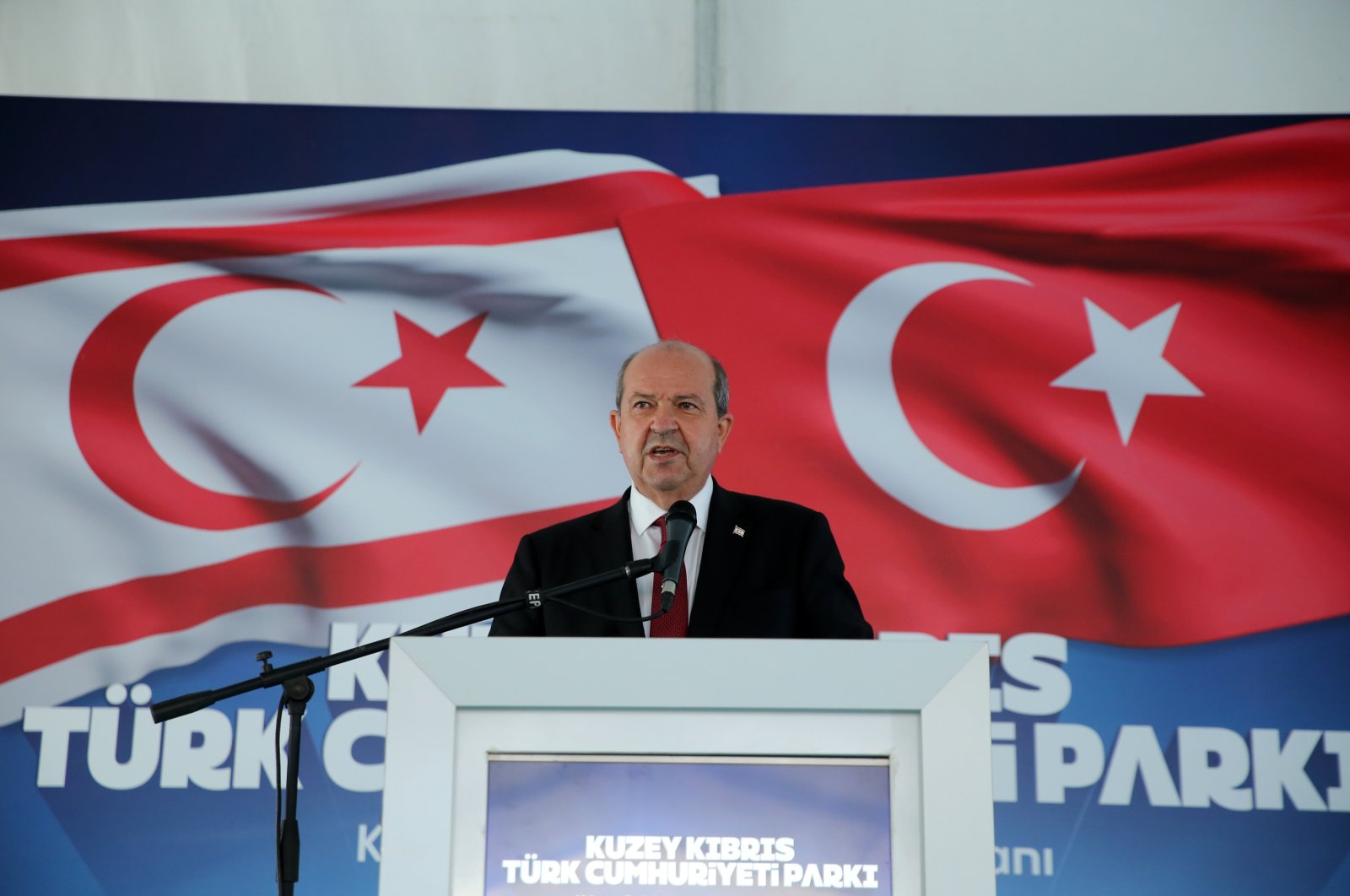 Turkish Republic of Northern Cyprus (TRNC) President Ersin Tatar said they will not let anyone cut ties with Turkey as he highlighted the importance of the country in reaching a solution on the divided island.

Speaking at a meeting with a group of bureaucrats and businesspeople from Turkey on Monday, Tatar said they believe that Turkey plays a crucial role in ensuring stability in the region.

“We will not let anyone sever our ties with motherland Turkey,” Tatar said.

He noted that a two-state solution is possible with Turkey's full support and cooperation. Tatar said that the TRNC remains open to dialogue with the Greek Cypriots to reach a deal but added that recognizing the TRNC’s sovereignty was necessary for official talks.

It has seen an on-and-off peace process in recent years, including a failed 2017 initiative in Switzerland under the auspices of guarantor countries Turkey, Greece and the U.K. The Greek Cypriot administration entered the European Union in 2004, the same year that Greek Cypriots thwarted the U.N.’s Annan plan to end the decadeslong dispute.

Diplomats last April had tried to make headway to end the decades-old conflict between rival Greek and Turkish Cypriots that destabilizes the Eastern Mediterranean and is a key source of tension between NATO allies Greece and Turkey. The gathering, dubbed the U.N.+5, was attended by the foreign ministers of Cyprus’ three guarantors – Greece, Turkey and Britain. However, U.N. Secretary-General Antonio Guterres said that there is "no common ground yet" to resume formal negotiations on the settlement of the Cyprus problem.