Northern Cyprus not consulted on future of peacekeeping forces 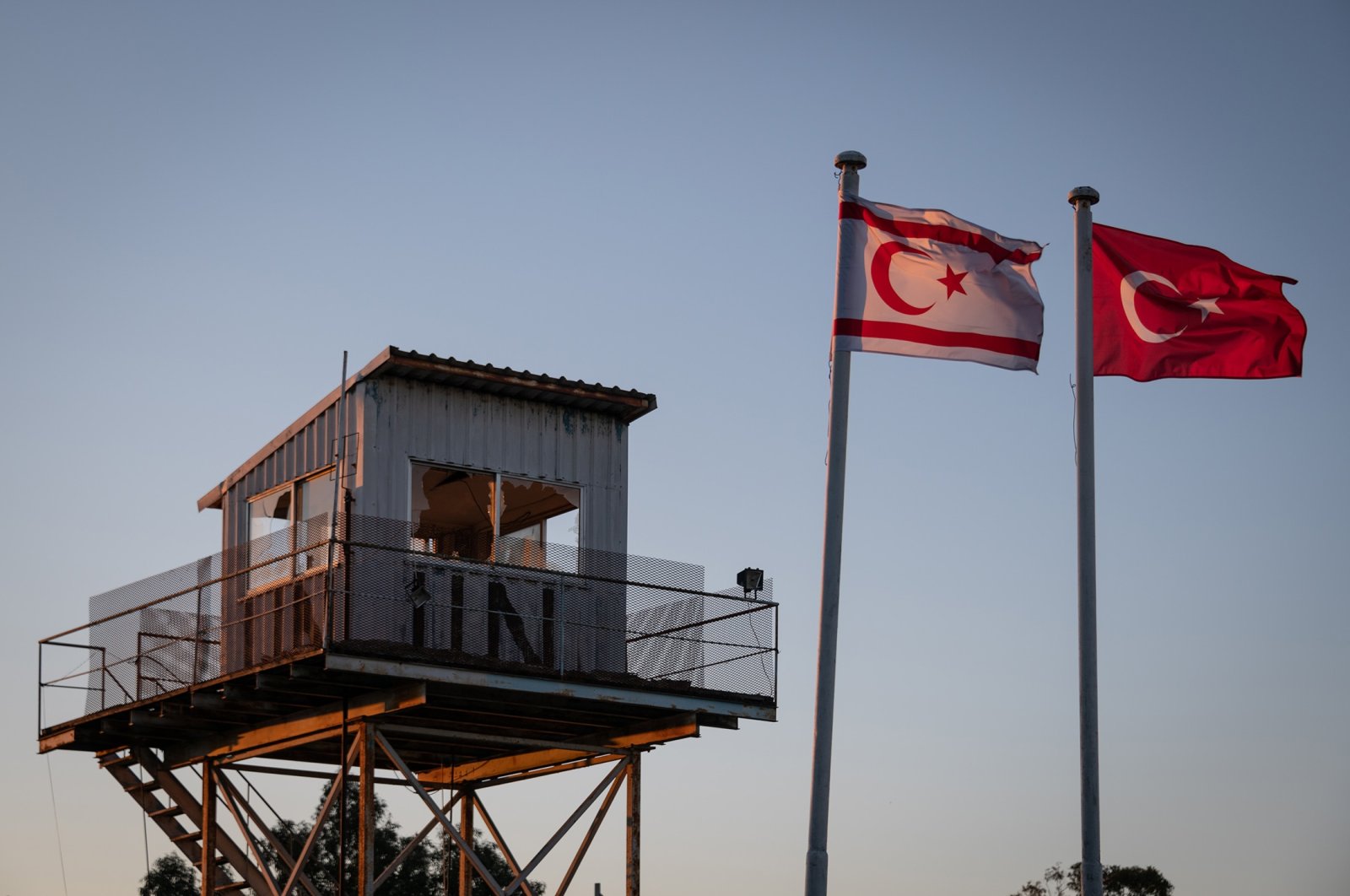 Turkish and Turkish Cypriot flags wave in the wind near an abandoned observation tower on the green line in Nicosia, (Lefkoşa), TRNC, April 21, 2019. (Getty Images)
by Daily Sabah
Jul 30, 2021 9:01 am

The Turkish Republic of Northern Cyprus (TRNC) stated Thursday that it was not asked if it consents to the presence of United Nations peacekeeping forces on the island as the body extended the mission.

The U.N. Security Council (UNSC) had unanimously approved the extension of the peacekeeping mission on the island.

The 15-0 vote extends the United Nations Peacekeeping Force in Cyprus (UNFICYP) for six months, and Council President Nicolas de Riviere said his office "has met with the representatives of the parties who have confirmed that they maintain their well-known positions."

However, in a statement, the TRNC Foreign Ministry said that TRNC authorities had not been asked if they consent to the UNFICYP's presence and activities on the island.

"This situation is even against the rules and principles of the United Nations. It is necessary to remind that UNFICYP is only able to carry out its operations on our territory due to the goodwill and constructive stance of our authorities," the statement said.

"We have a rightful demand for too long that a formal arrangement be reached between our authorities and the United Nations regarding the operations of UNFICYP in our country. We would like to bring to the attention of the international community that unless our demand is responded positively in a reasonable period of time, we will be compelled to revisit our goodwill on UNFICYP's operations in our country," it added.

The Foreign Ministry said that the UNSC disregarded the constructive proposal submitted by the Turkish Cypriot side in the informal 5+1 U.N. meeting which took place on April 27-29, 2021.

It said that attempting to impose a settlement model which has failed for many years as it is inconsistent with realities on the ground, clearly demonstrates that the UNSC intends to preserve the status quo that benefits the Greek Cypriot side.

"The United Nations secretary-general openly states in his latest Report on UNFICYP that while the Turkish Cypriot authorities display a positive attitude, the Greek Cypriot authorities are reluctant on the matter. It is unacceptable that this fact is not reflected in the Resolution," the statement added.

Meanwhile, the Turkish Foreign Ministry similarly criticized the decision, saying: “We expect the U.N. to rectify this situation and to conclude an agreement with the TRNC authorities as soon as possible, so that the UNFICYP’s presence on TRNC territory would not be questioned.”

“There will never be a just, lasting and sustainable settlement on the Island if the Security Council will not secure the sovereign equality and equal international status of the Turkish Cypriot people that they gained in 1960 and continues to turn a blind eye to the realities on the Island by treating the Greek Cypriot administration as the only legitimate representative of the island despite the crime it committed in 1963 and to reward the perpetrator and punish the victim,” the statement added.

“Therefore, such resolutions have no meaning and value for us. We call on the Security Council and the international community to focus on reaching a settlement based on the realities, instead of serving the status quo on the island,” it concluded.

The island of Cyprus has been divided since 1974, when a Greek Cypriot coup aimed at Greece's annexation of the island was followed by violence against the island's Turkish Cypriots and Ankara's subsequent intervention as a guarantor power.