Now's time to stand up to Israeli aggression against Palestine: Erdoğan 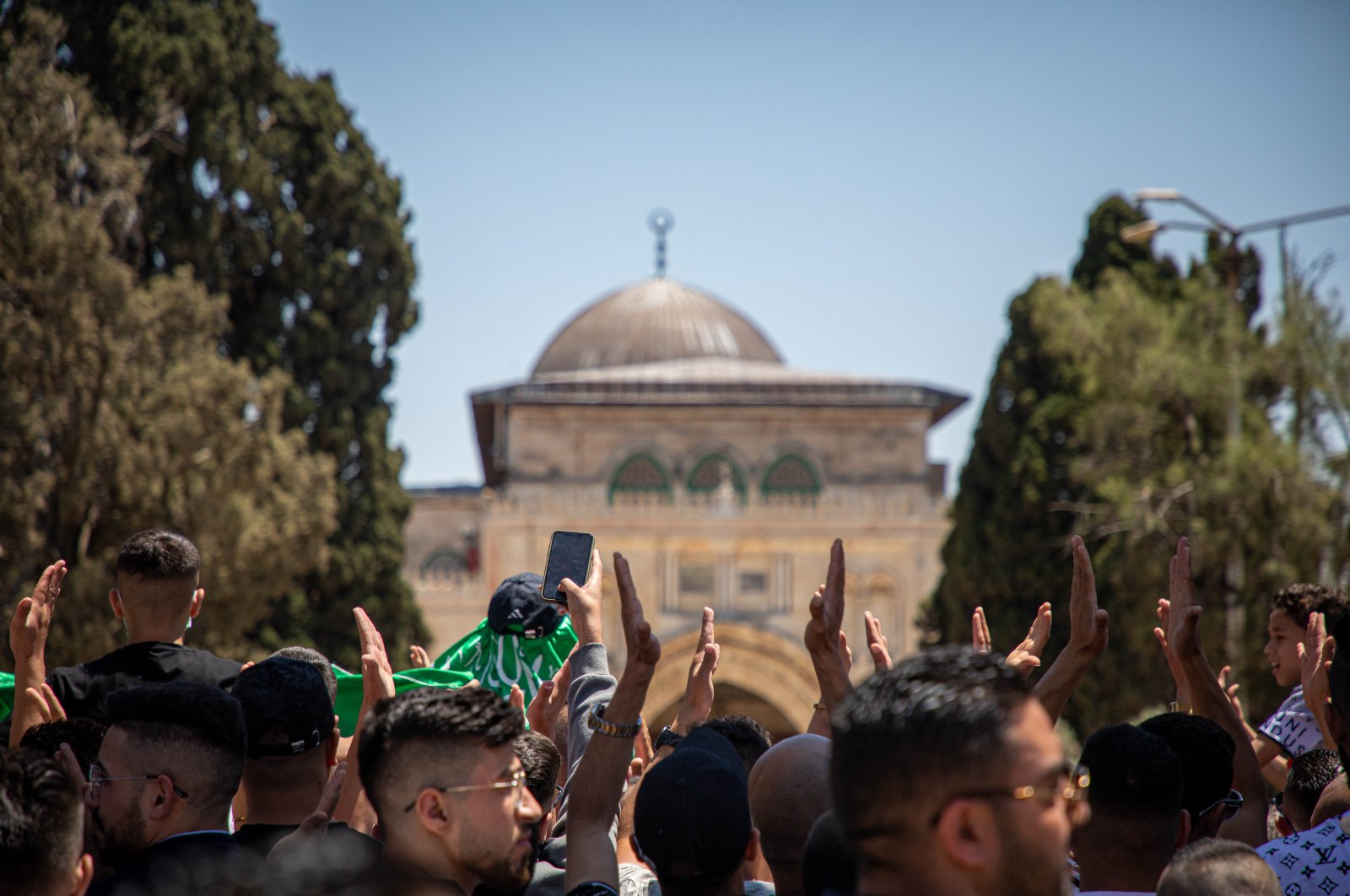 President Recep Tayyip Erdoğan reiterated Friday that Turkey will not remain silent and accept Israeli persecution of Palestinians as most of the world chooses to watch on and ignore the bloodshed.

Those who remain silent or openly back Israel's bloodshed should know one day it will be their turn, the president said while addressing a virtual meeting of the ruling Justice and Development Party (AK Party. He called on the world to stand against Israeli attacks on Palestine, saying it was "a duty of honor for humanity."

"It is imperative that U.N. Security Council takes steps to ensure peace in Jerusalem in line with decisions of the General Assembly," he said, adding that those who remain silent or openly back Israel's bloodshed should know one day it will be their turn.

"By attacking the sacred sites of all three religions, terror state Israel has crossed all boundaries. If we don't stop attacks now, everyone will become targets of this savage mentality," Erdoğan said.

The president reiterated that Turkey was ready to actively support any initiative by the U.N., and take responsibility to ensure peace.

"So far we have spoken with 19 presidents and government heads to exchange Eid greetings and discuss developments in Jerusalem and other Palestinian cities," Erdoğan said.

Erdoğan also warned the Organisation of Islamic Cooperation (OIC) that if it does not take a "concrete" stance against Israeli attacks, it will discredit its own existence. The Muslim bloc is scheduled to host an emergency ministerial meeting on Sunday to discuss Israeli attacks on Palestinian territories.

Tensions have been running high in the Sheikh Jarrah neighborhood in occupied East Jerusalem over the past month as Israeli settlers swarmed in following a court order for the eviction of Palestinian families in the area.

Most recently, tensions further escalated, moving from East Jerusalem to Gaza after Palestinian resistance groups there vowed to retaliate against Israeli assaults on Al-Aqsa Mosque and Sheikh Jarrah if they were not halted.

At least 119 Palestinians, including 31 children and 19 women, have been killed since then, according to Palestinian health officials. Over 830 others have been injured, in addition to heavy damages to residential buildings across the enclave.