US blocks UNSC meeting on Israeli aggression, situation in Gaza 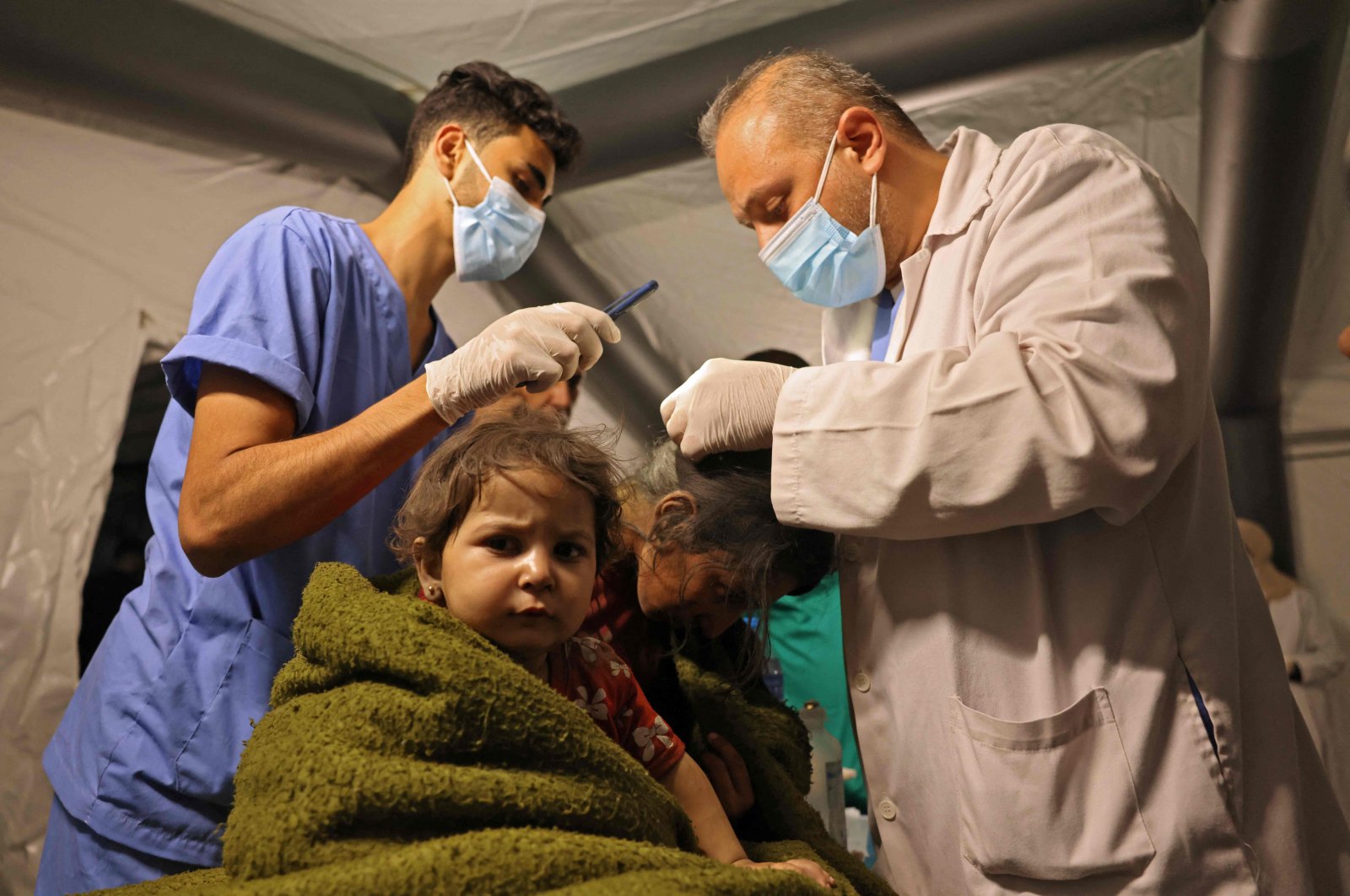 Medics tend to a Palestinian child injured in the aftermath of an Israeli airstrike at a make-shift hospital emergency ward in Rafah in the southern Gaza Strip on May 13, 2021. (AFP Photo)
by Anadolu Agency May 14, 2021 12:06 am
RECOMMENDED

The U.S. blocked a public virtual meeting of the UN Security Council to address the escalating conflict in the Gaza Strip and Israel, diplomats familiar with the matter said on Thursday.

The open meeting was requested by China, Tunisia and Norway to be held Friday, but the US said "an open meeting tomorrow will not support these de-escalatory efforts," diplomats told Anadolu Agency.

Instead, the US proposed an open debate on Tuesday, according to the diplomats who spoke on condition of anonymity.

The US blocked a Security Council statement on Wednesday regarding the spiraling violence as Israel continues to pound densely-populated Gaza with airstrikes amid continued rocket attacks from Palestinian groups.

"Council members demanded immediate cessation of all acts of violence, provocation, incitement and destruction. They called for respect for international law, including international humanitarian law and the protection of civilians," it said.

The death toll from Israel's continuing offensive on Gaza has left 103 dead, including 27 children and 11 women, according to the Palestinian Health Ministry. An additional 580 people have been injured.

Seven Israelis have been killed in recent violence -- six in rocket attacks in addition to a soldier who was killed when an anti-tank guided missile struck his jeep.

Tensions have been running high in the Sheikh Jarrah area in occupied East Jerusalem over the past month as Israeli settlers have repeatedly clashed with residents following a court order for the eviction of Palestinian families in the area. The Israeli Supreme Court later delayed a hearing on an appeal.

Tensions have been running high since an Israeli court last week ordered the eviction of Palestinian families from the Sheikh Jarrah neighborhood of East Jerusalem, leading to Palestinian protests and Israeli attacks on Palestinian civilians, including worshippers at the city's Al-Aqsa Mosque.

The latest death toll from ongoing Israeli attacks in the Gaza Strip has risen to 87, including 18 children and eight women, with 530 injured, according to the Palestinian Health Ministry.