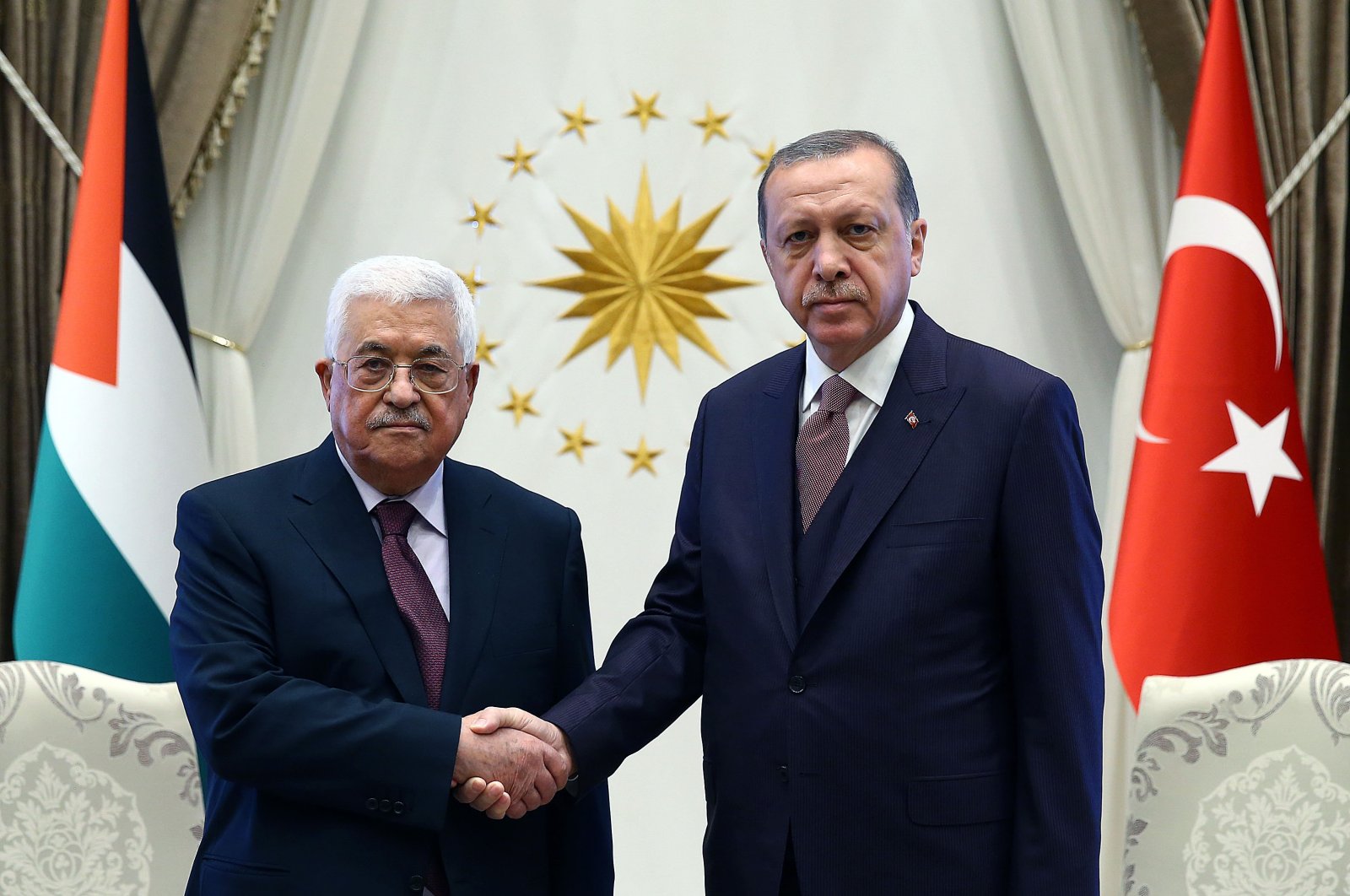 Palestinian President Mahmoud Abbas expressed pleasure about the reversion of Hagia Sophia into a mosque and congratulated the Turkish people in a phone call with President Recep Tayyip Erdoğan on Sunday.

On July 10, a Turkish court annulled a 1934 Cabinet decree that had turned Hagia Sophia into a museum, paving the way for its use again as a mosque.

Meanwhile, President Erdoğan reiterated Turkey's determination to continue to support the Palestinian cause, the statement read.

In January, Turkey expressed outrage over a unilateral so-called peace plan by the U.S. for the Israeli-Palestinian conflict as authorities pointed to Jerusalem as a "red line" for the country. The Turkish public, meanwhile, flocked to the streets to protest in both Washington and Tel Aviv over their "betrayal" of the Palestinians.

Being one of the main countries that have maintained a clear position on the Palestinian cause, Turkey responded to the so-called "Deal of the Century" by U.S. President Donald Trump by stating that the people and land of Palestine were not for sale.

The deal followed Trump's decision in December 2017 to recognize Jerusalem as the capital of Israel, an issue which was carried to the U.N. General Assembly after a draft resolution on the matter was vetoed 14-1 by the U.S. in the U.N. Security Council.