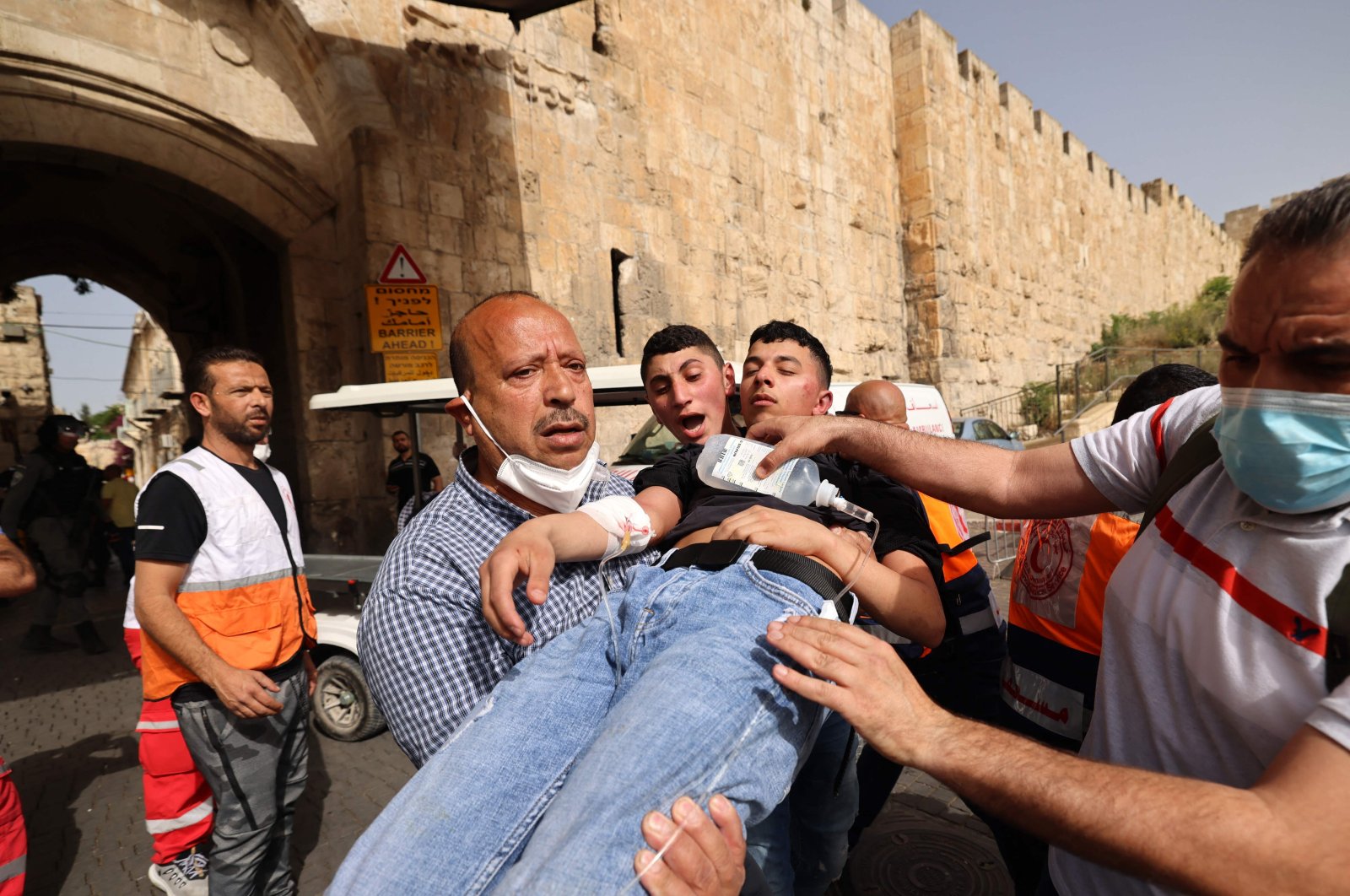 A Palestinian activist called on Turkey and its President Recep Tayyip Erdoğan to "restore Palestine's liberty," as protests continued Monday against the eviction of families from their homes by the occupying Israeli forces.

"From the heart of Sheikh Jarrah, we greet our public in Turkey. Millions of greetings to [Recep Tayyip] Erdoğan," activist Fatima Es-Sus Umm Eymen told Anadolu Agency (AA) during a protest.

She called on the Turkish president to "restore Palestine's liberty."

Noting the days when the Turkish and Palestinian people lived in peace under the administration of the Ottoman Empire, she expressed her desire for the two nations to act together again.

Erdoğan said Saturday evening that "cruel Israel, terror state of Israel, has been violently and immorally attacking the Muslims in Jerusalem, who dream of nothing but protecting all the things they deem sacred, the homes they have inherited [from their families] for thousands of years, their lands."

Palestinians in Jerusalem in recent days have protested in solidarity with the residents of the Sheikh Jarrah neighborhood amid attacks by Israeli police.

The crisis stems from a ruling by the Israeli Supreme Court in East Jerusalem, which approved a decision to evict seven Palestinian families from their homes in the neighborhood in favor of Israeli settlers at the beginning of this year.

Israeli police attempted to disperse worshippers inside the Al-Aqsa Mosque compound Friday evening using stun grenades and tear gas. Hundreds of Palestinians were injured in the attacks, which have been condemned worldwide.