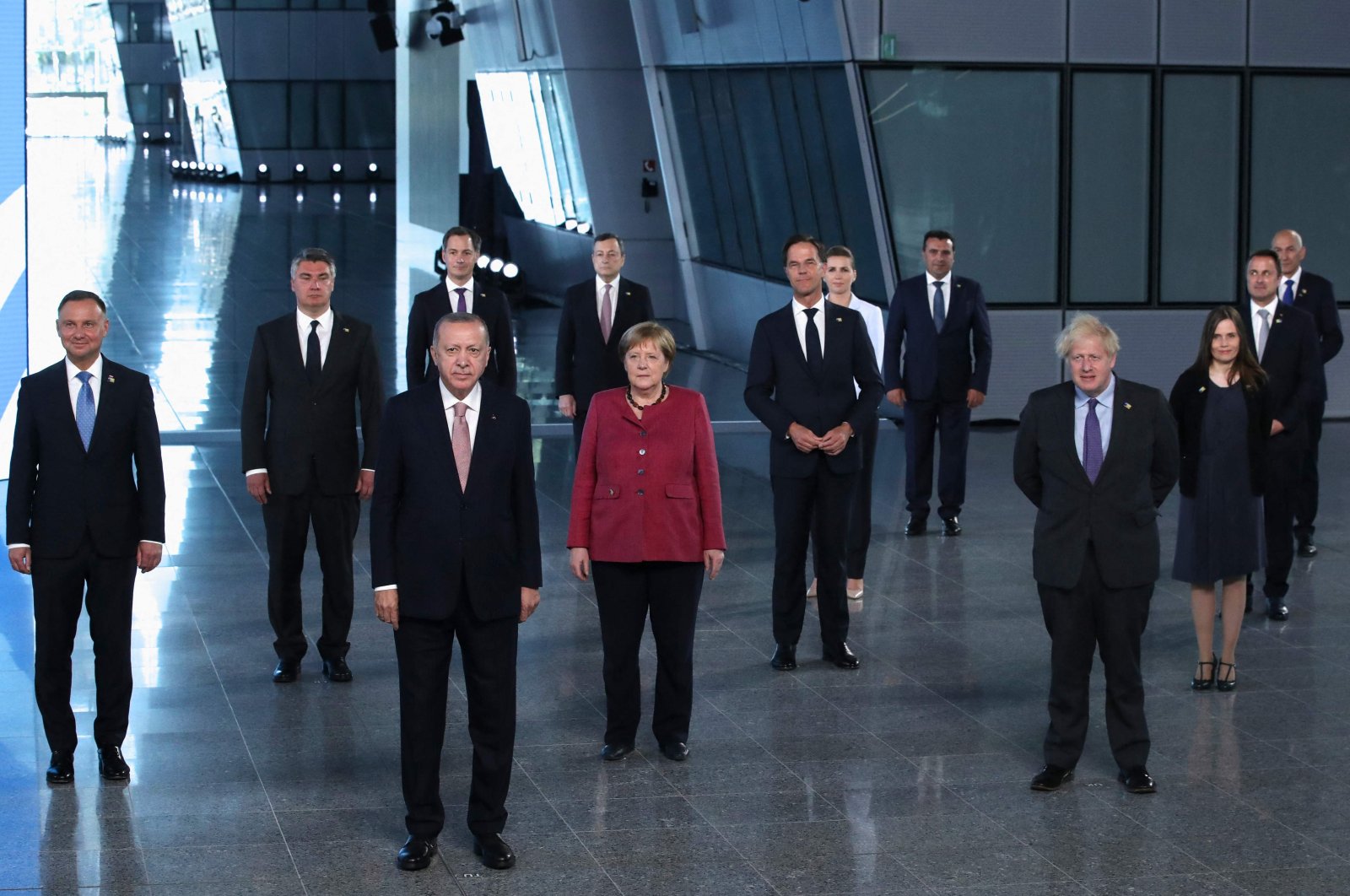 An official welcoming program was organized for the guests at the NATO headquarters headed by NATO chief Jens Stoltenberg.

Following the welcoming, the leaders took a group photo in which Erdoğan was seen standing between U.S. President Joe Biden and U.K. Prime Minister Boris Johnson.

The president had a busy schedule and met with German Chancellor Angela Merkel, the U.K prime minister and French President Emmanuel Macron on the sidelines of the summit while he is also expected to come together with Biden later on the same day.

NATO leaders hope to open a new chapter in trans-Atlantic relations at the summit. Described as a "pivotal moment" by Stoltenberg, the summit aims to turn the page on four tense years with Biden's predecessor Donald Trump, who shook confidence in the Western alliance by calling it "obsolete." Stoltenberg also said that the leaders would address the military alliance's strategy vis-a-vis the rising power of China, posing challenges and opportunities at the same time.

NATO should cooperate with the Asian country on arms control and the fight against climate change, Stoltenberg explained.

The allied leaders will also discuss the "ambitious and forward-looking NATO 2030 agenda," which seeks to extend the concept of security by tackling challenges of climate change, focusing on resilience and technological development.