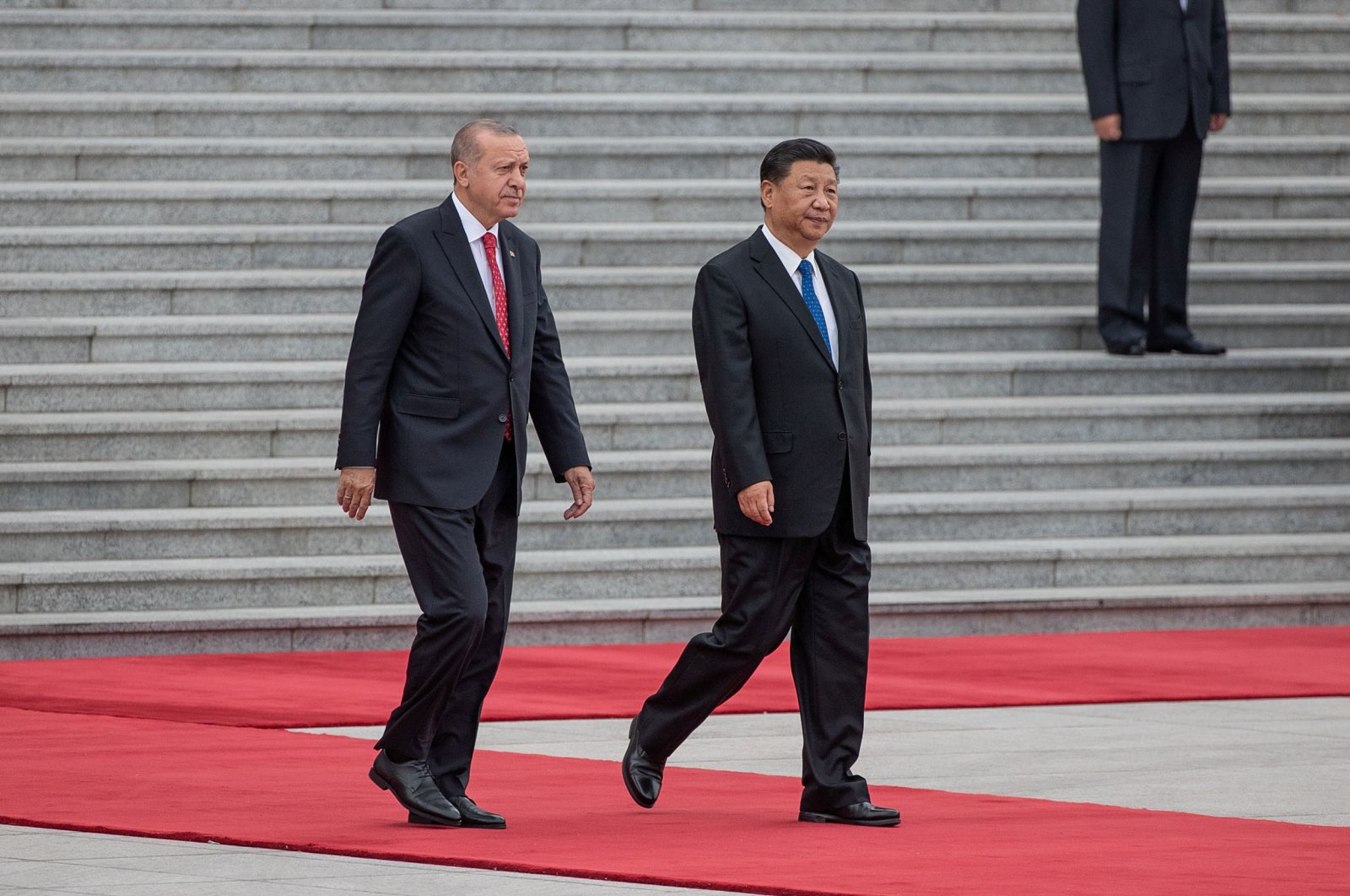 President Recep Tayyip Erdoğan and his Chinese counterpart, President Xi Jinping, held a phone conference Tuesday evening where they discussed enhancing cooperation in many fields, including the fight against the COVID-19 pandemic and vaccine development.

The steps that will improve Turkey-China relations and regional developments, especially in terms of trade, investment, energy, transportation and health were discussed in the phone call, according to the statement made by the Turkish Presidency's Directorate of Communications.

Recalling that this year marks the 50th anniversary of the establishment of diplomatic relations between Turkey and China, President Erdoğan expressed that they would like to celebrate these important anniversaries in a way befitting the deep-rooted relations between the two countries.

There is wide-reaching cooperation potential between the two countries in all fields of regional and global diplomacy and economy, President Erdoğan emphasized, and stated that the High-Level Joint Working Group between the countries will accelerate cooperation.

For his part, the Chinese president has said they stand ready to conduct in-depth vaccine cooperation with Turkey and help it defeat the COVID-19 pandemic at an early date, according to the country’s news agencies.

Last month, Sinovac, the Chinese developer of the first COVID-19 vaccine used in Turkey, was urged by Turkey’s Health Minister Fahrettin Koca to invest in the country for mass production of vaccines. Koca, who held a videoconference call with Sinovac executives, said he believed a good cooperation model can be developed between the company and his country. According to media outlets, Sinovac has reportedly started production in Turkey.

He expressed Turkey's respect for China's sovereignty and territorial integrity.

Uyghurs make up around 45% of the population in the Xinjiang Autonomous Region and have long been facing cultural, religious and economic discrimination.

Up to 1 million people, or about 7% of the Muslim population in Xinjiang, have been incarcerated in an expanding network of "political reeducation" camps, according to United States officials and United Nations experts.