Sinovac allows its COVID-19 vaccine to be made in Turkey 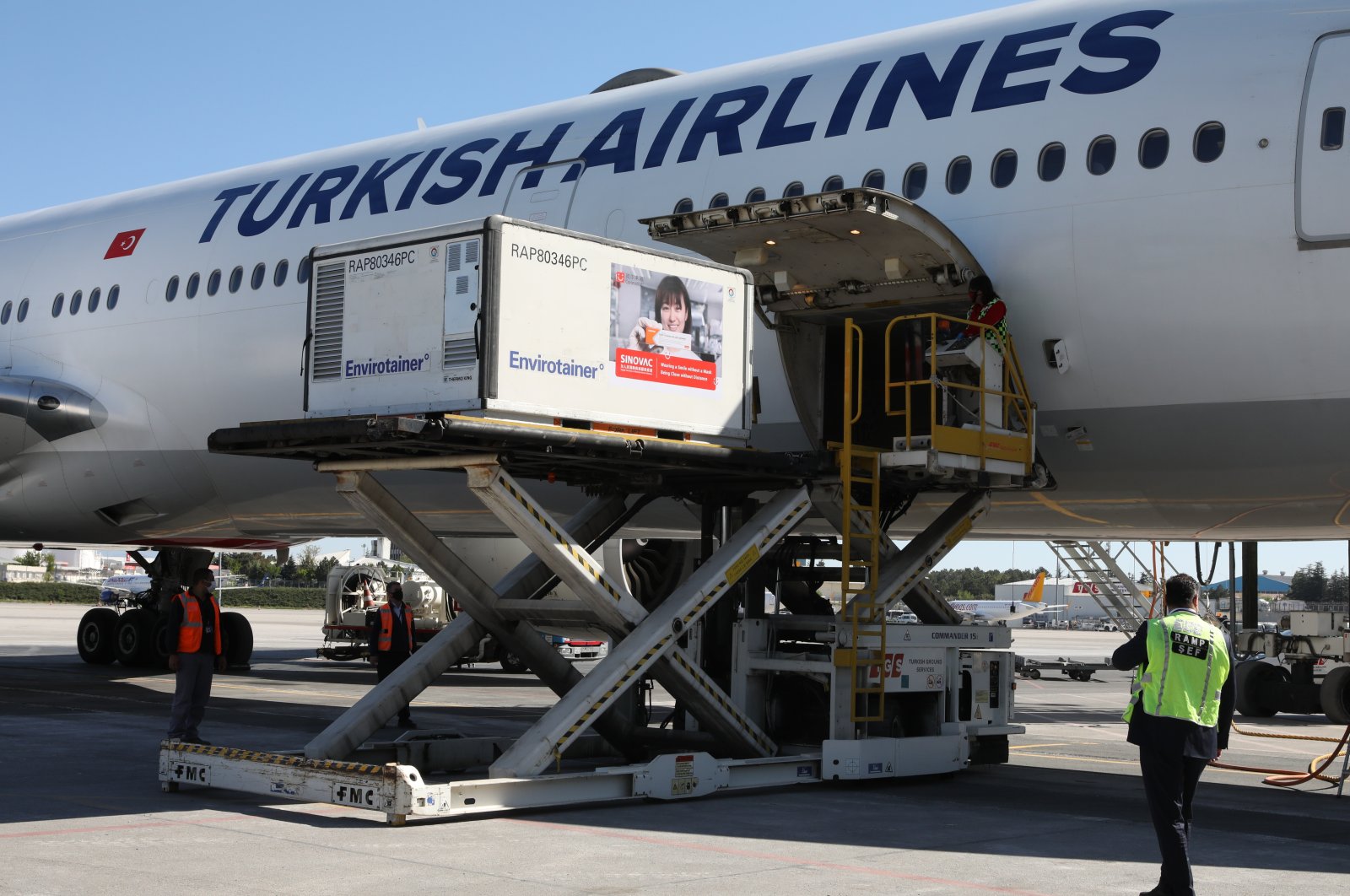 A container carrying CoronaVac being unloaded from an airplane, at Esenboğa Airport, in the capital Ankara, Turkey, May 12, 2021. (AA PHOTO)
by DAILY SABAH WITH AGENCIES May 12, 2021 12:02 pm
RECOMMENDED

A report by the Turkish media says that Sinovac, the Chinese producer of its COVID-19 vaccine CoronaVac, has provided a license to Turkey to manufacturing the jabs. The company’s CEO Yin Weidong, quoted by Bloomberg, said Turkey was among five countries given a production license for the vaccine, along with Indonesia, Brazil, Malaysia and Egypt.

Yin stated that they supplied vaccines sufficient to vaccinate 20% of the population in Turkey, Brazil and Indonesia but that would not be enough and consequently, they started the licensing process for the production of the jabs in those countries.

The country has ordered 100 million doses of vaccines from Sinovac, though authorities have acknowledged that the shipment has hit snags as countries scramble for access to large amounts of jabs amid the mounting pandemic. Turkey has so far administered more than 25.3 million doses.

On Wednesday, another batch of CoronaVac arrived in the capital Ankara, the Health Ministry announced. The number of doses was not disclosed, while the ministry said in a statement that the vaccines would be distributed to hospitals and health centers across the country after necessary tests are conducted.

Turkey had signed an agreement with Sinovac for the procurement of 100 million doses of the vaccine. It started using CoronaVac in January, administering it first to health care workers. Now, it is one of two vaccines offered to the wider public, along with the Pfizer-BioNTech vaccine.

Yin also claimed that differences in clinical data of the vaccine was normal while there was “growing evidence” that it was performing better when applied in the real world, as quoted by Bloomberg.

The inactive vaccine’s efficacy was found to be above 83% after Phase 3 trials in Turkey. Most recently, the vaccine was found to be 98% effective at preventing death and 96% effective at preventing hospitalization among a group of inoculated Indonesian medical staff, a study conducted by the Indonesian Health Ministry has found. The findings were based on data from 120,000 health care workers in Jakarta who had received the vaccine between January and March this year, lead researcher and health official Pandji Dhewantara told a briefing Wednesday.

Researchers in Brazil said earlier it was 50.4% effective at preventing symptomatic infections. CoronaVac is efficacious in preventing COVID-19 in adults under 60, but some quality data on the risk of serious adverse effects was lacking, World Health Organization experts found.

A recent study conducted by a Turkish university had found that the vaccine was more effective when it is administered in two doses, the current practice in Turkey.