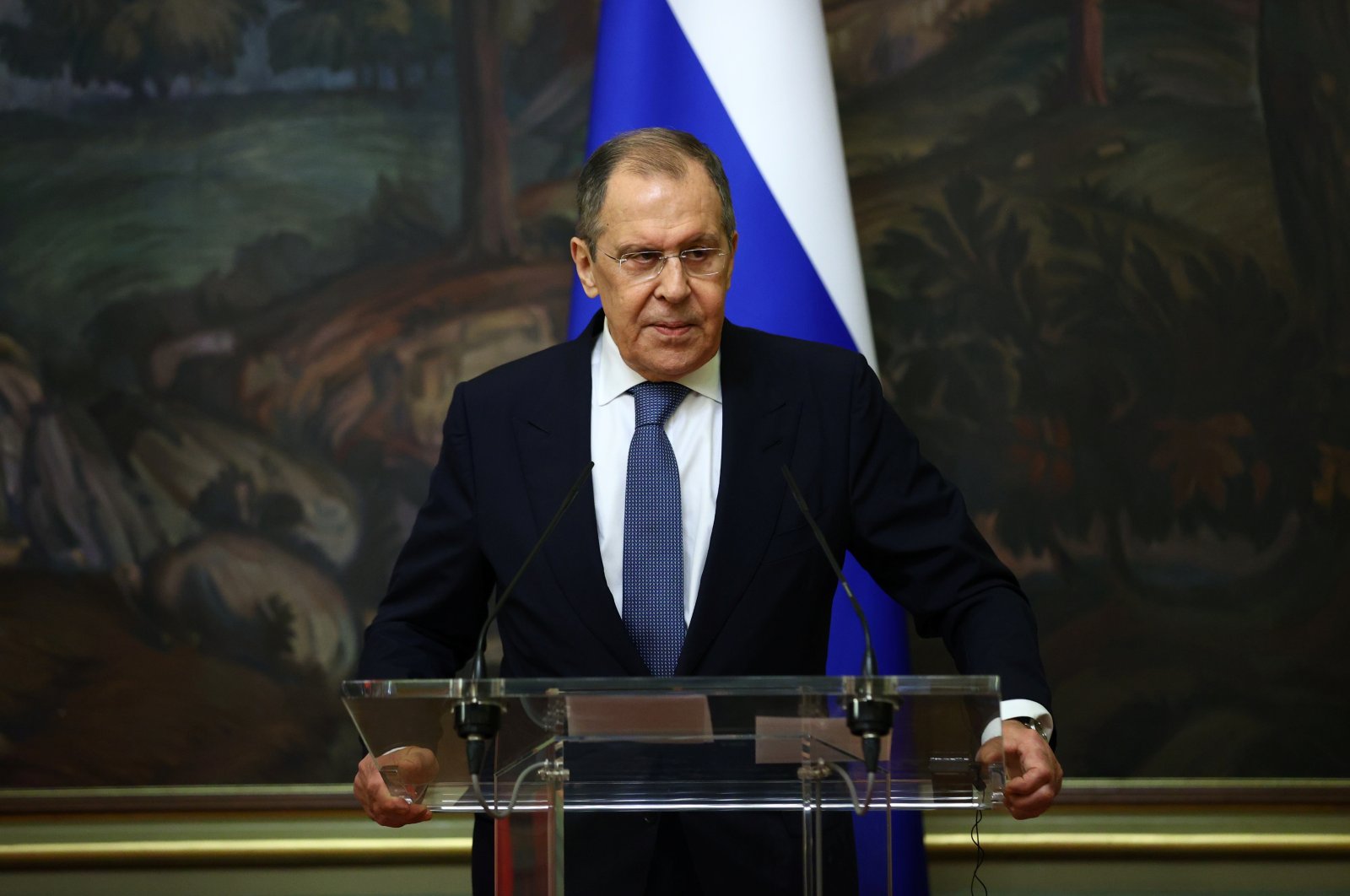 The conflict in Libya can only be resolved through diplomacy, and all efforts to find a solution should go in the same direction, Russia's top diplomat said Wednesday.

Speaking at a joint news conference with his Italian counterpart Luigi Di Maio, Russian Foreign Minister Sergey Lavrov said they concluded that there was no alternative to overcoming the Libyan conflict other than political and diplomatic means.

"We were interested in an early settlement of the Libyan crisis from the very beginning of this conflict, which was, as it should not be forgotten, caused by aggressive action, an adventure of NATO in gross violation of U.N. Security Council resolutions in 2011 when NATO bombed Libya," Lavrov said.

He said they were still "trying to collect the fragments of this vase together."

Noting that the U.N. Security Council resolution on Libya should be implemented, Lavrov said: "All our efforts are aimed at ensuring that this resolution gets implemented. Therefore, numerous mediators are trying to contribute here."

These mediators, Lavrov said, were Italy, Russia and other countries in the region including Egypt, Morocco, Tunisia and Germany, as the initiator of the Berlin Conference.

"Now the most important task is to ensure that all these efforts go in the same direction," he said, adding it is important that all Libyan parties are involved in the political process for ensuring the balance of interests for all regions of Libya.

Pointing out that all work in this direction should be carried out under the auspices of the United Nations, Lavrov said that following the meeting held between Libyan parties in Cairo, preparations were underway for a meeting in Geneva.

He stressed that the urgent appointment of a new U.N. special envoy for Libya, a position which has been vacant since March, is important, adding, "It is no secret that the main obstacle preventing it is the U.S. position."

The first round of the U.N.-led talks, which started on Oct. 11 ended late Tuesday, Anadolu Agency (AA) said, adding that the two sides are currently discussing whether they can hold a referendum on the current draft of the constitution.

They also reached a consensus about the necessity to finalize the transition period.

The two sides had also held meetings in Morrocco in September.

Last week, the U.N. Support Mission in Libya (UNSMIL) said it appreciated the efforts of both delegations and welcomes the outcomes reached during the discussion.

The two sides announced separately in August that they would cease all hostilities and hold nationwide elections before delegates met in Morocco in the first week of September for talks.

The GNA in June turned back a 14-month assault on the capital Tripoli by the eastern-based Haftar forces, and the two are now dug in along a frontline near Sirte.

Di Maio said it is very important to strengthen cooperation between Libya, Italy and Russia and emphasized the need for international support to organize the next Libyan political dialogue forum.

He recalled Italy's support for the resumption of oil supplies from Libya.

He said there was already "progress" with the restoration of oil production in some parts of Libya, adding they hope it will spread to the rest of the country.

On Aug. 21, the Libyan government announced a truce and ordered the military to stop operations against Haftar's militias. The army, however, has since reported several breaches of the cease-fire by the militias.

Diplomatic efforts have been underway in recent weeks to resolve the conflict following victories by the army against Haftar's forces.