Russia to continue working with Turkey to restore calm in Syria 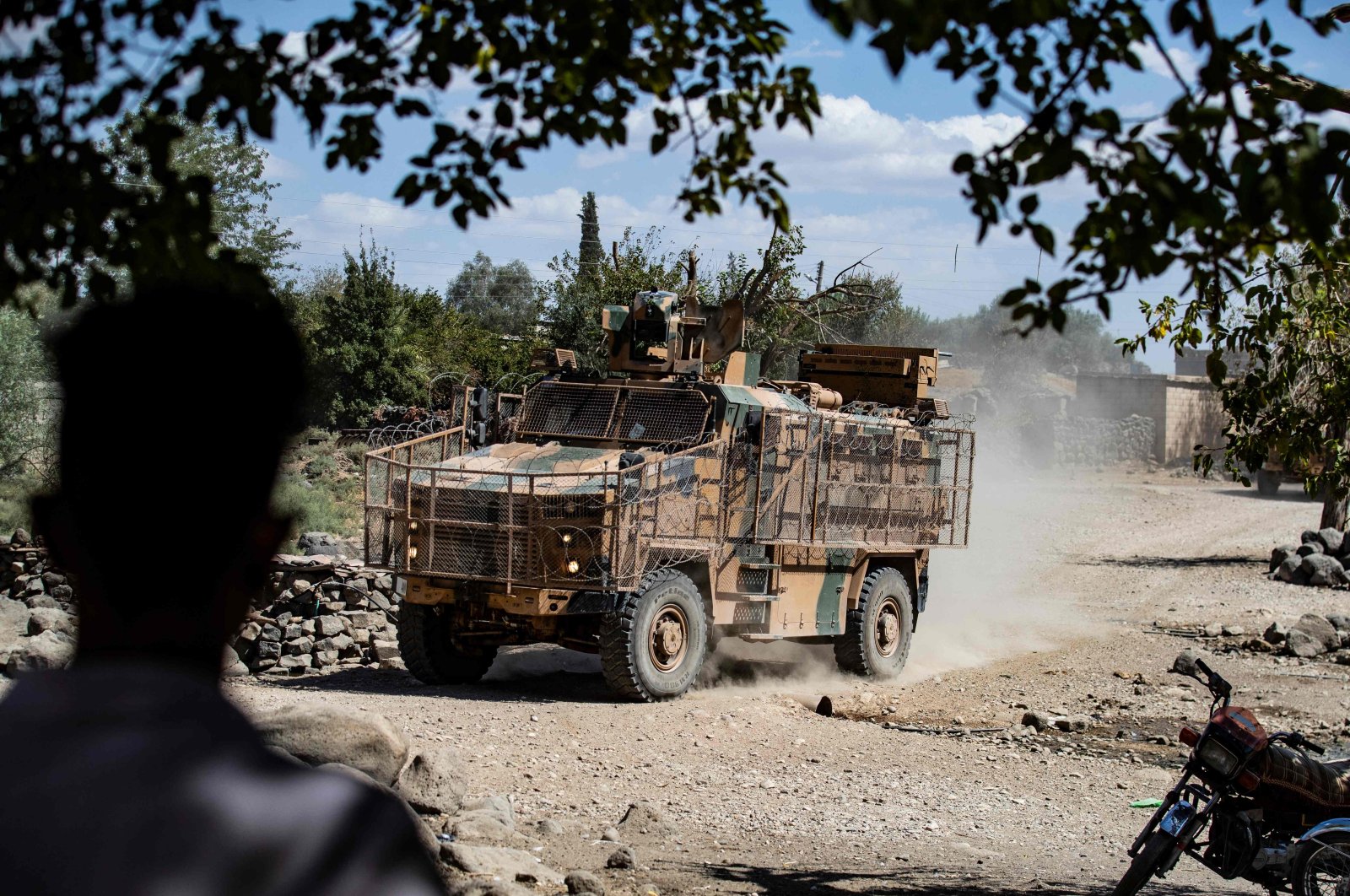 Turkish and Russian military vehicles patrol in the countryside of Rumaylan (Rmeilan) in Syria's northeastern Hassakeh province near the Turkish border, on Sept. 16, 2021. (AFP Photo)
by DAILY SABAH
Oct 08, 2021 9:28 am

Turkey and Russia will continue to coordinate on diplomatic and military lines to fully normalize the situation in Syria, the country's Foreign Ministry spokesperson Maria Zakharova said Thursday.

The Syrian settlement traditionally occupies one of the central places in dialogues between Moscow and Ankara, Zakharova told a news conference in Moscow.

She said: "In particular, we are talking about the northeast of the country, the province of Idlib" – the last major opposition bastion of war-torn Syria.

The situation in Idlib was most recently discussed between the two countries during a visit by President Recep Tayyip Erdoğan to the Russian Black Sea resort Sochi where he met with President Vladimir Putin. It was the two leaders' first face-to-face talks in 18 months.

Russia joined Syria’s now 10-year conflict in September 2015, when the regime military appeared close to collapse. Moscow has since helped in tipping the balance of power in favor of Assad, whose forces now control much of the country. Hundreds of Russian troops are deployed across Syria, and the country also has a military air base along Syria’s Mediterranean coast.

Zakharova recalled that both countries are initiators and members of the Astana format (talks aimed to end Syrian crisis), stressing that they "are firmly determined to continue contributing to the advancement of the political process in Syria" on the basis of U.N. Security Council Resolution 2254.

She welcomed "the beginning of humanitarian supplies to Idlib through the line of contact in accordance with U.N. Security Council Resolution 2585 and the norms of international humanitarian law."

Talks on drafting a constitution for Syria will reconvene in October in Geneva, the United Nations special envoy for the country Geir Pedersen said recently, underlining that front lines having been largely frozen for the past 18 months provides a new opportunity.

After the failure of the five previous meetings of the Syrian regime, opposition and civil society representatives, Pedersen told the U.N. Security Council: “We should all now expect the constitutional committee to begin to work seriously on a process of drafting – not just preparing – a constitutional reform.”

“If it does that, then we will have a different and credible constitutional process,” he said. Pedersen said the 45-member drafting committee will meet in Geneva starting Oct. 18, and the co-chairs from the regime and opposition will for the first time meet with him the day before to prepare the session.

“The co-chairs are also committed to setting provisional dates for future meetings and discussing a work plan,” he said.

Syria’s nearly 10-year conflict has killed more than half a million people and displaced half the country’s pre-war 23 million population, including more than 5 million refugees mostly living in neighboring countries.

After the fifth round of negotiations failed in late January, Pedersen hinted the Syrian regime delegation was to blame for the lack of progress.

"It is clear from all our engagements that trust is low – but it is also clear ... that common interests do exist, that things are not static, and that there is every reason to try now to build a more effective political effort," Pedersen pointed out.

The United States and several Western allies accused Bashar Assad of deliberately stalling and delaying the drafting of a new constitution until after presidential elections to avoid a U.N.-supervised vote, as called for by the Security Council.

In late May, Assad was reelected in what the regime called a landslide for a fourth seven-year term, but the West and his opposition described the election as illegitimate and a sham.