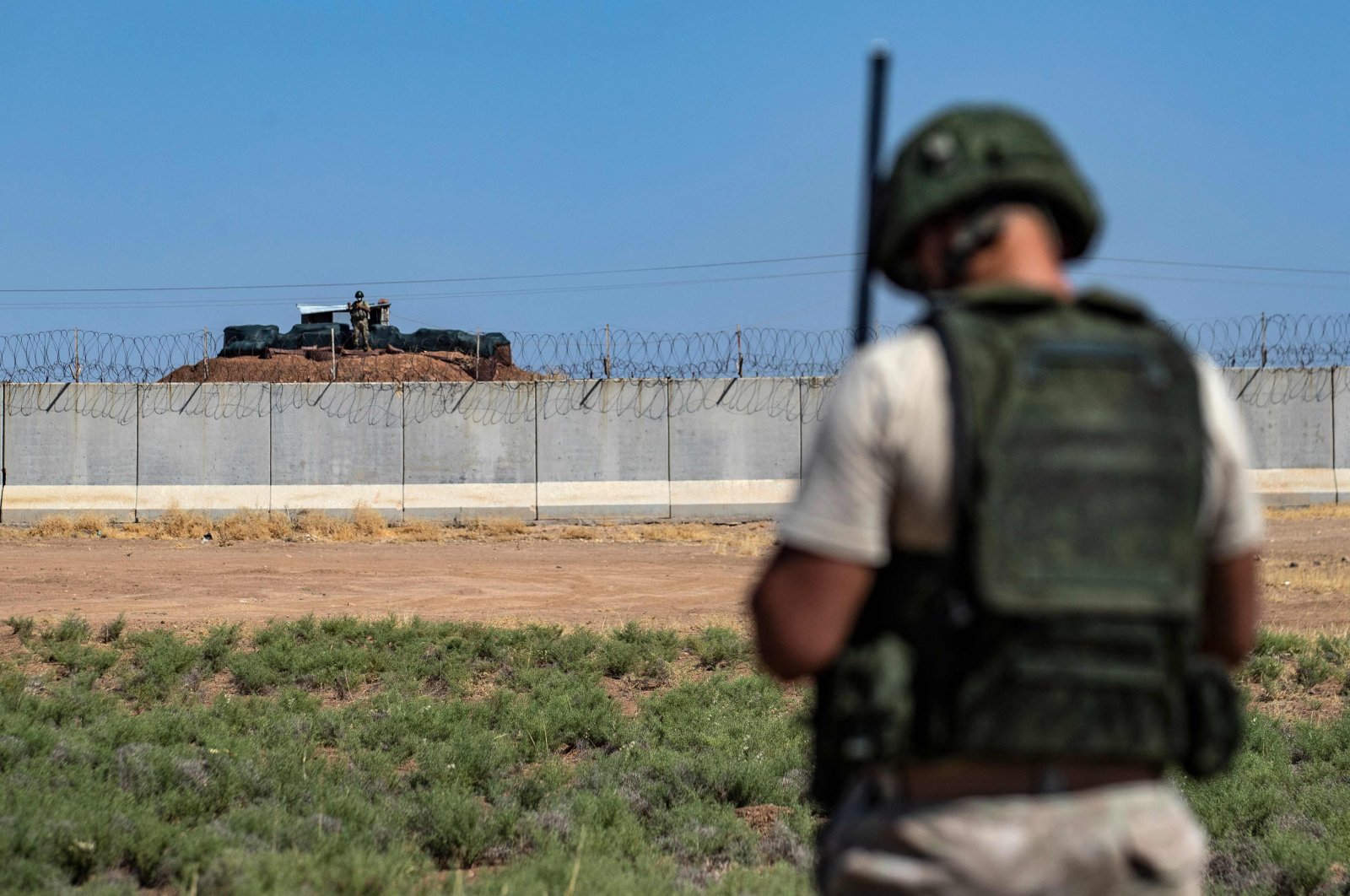 A Russian soldier is pictured as a Turkish soldier stands behind the border with Syria, during a joint Turkish and Russian patrol of military vehicles (unseen) in the countryside of the town of Derbassiye in Syria's northeastern Hasakeh province, on the border with Turkey, July 14, 2021. (AFP Photo)
by DAILY SABAH WITH AA
Jul 30, 2021 9:47 am

Turkey is working to preserve world peace in crisis areas including Libya, Syria and Nagorno-Karabakh, Dmitry Polyanskiy, first deputy permanent representative of Russia to the United Nations, said Thursday, adding that both countries are cooperating in these areas.

Underlining the importance of Ankara for Moscow, Polyanskiy told reporters at the U.N. headquarters in New York, “Turkey is a neighboring country with which we have relations dating back centuries.”

A Russian-brokered deal on Nov. 10 halted a six-week conflict between Azerbaijani and Armenian forces over the region of Nagorno-Karabakh and its surrounding areas, securing territorial gains for Azerbaijan. Turkey agreed with Russia that its troops would also monitor the cease-fire. Ankara and Moscow signed an agreement to establish a joint observation center in Nagorno-Karabakh.

On the other side, Turkey has frequently voiced that the two countries made significant contributions to the establishment of cease-fires in both Syria and Libya, while further steps need to be taken for Libya to reintegrate the country’s divided institutions.