Turkey will continue working with Russia on Syria peace: Çavuşoğlu 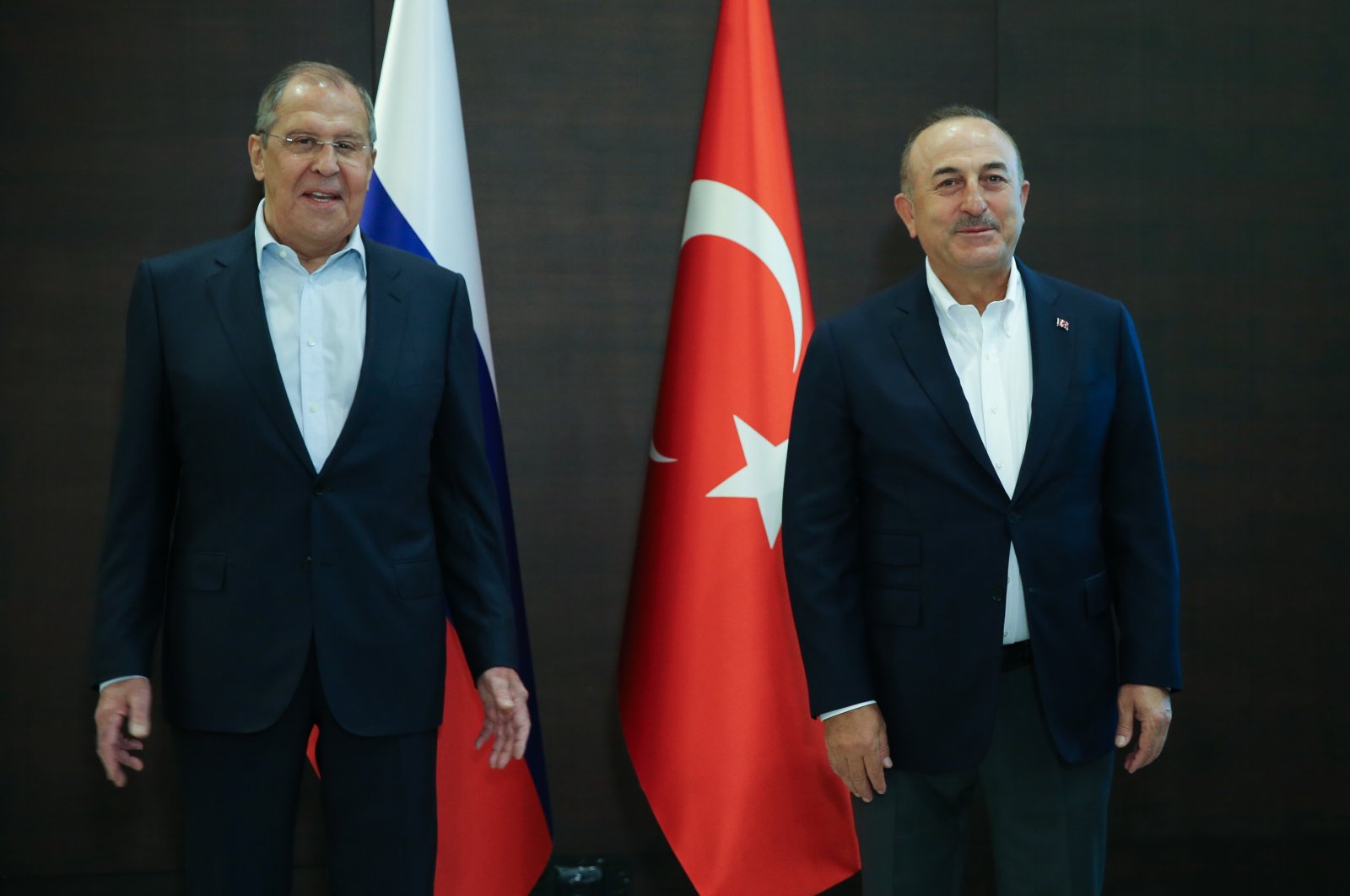 Turkey will continue working with Russia for peace and political process in Syria, Foreign Minister Mevlüt Çavuşoğlu said on Wednesday.

Çavuşoğlu's statement came in a joint press conference with his Russian counterpart Sergey Lavrov following a meeting between the two in Turkey's Mediterranean resort city Antalya.

"Besides bilateral relations, there are regional issues that we are working with Russia. We discussed the developments in Syria, Libya, Afghanistan and Karabakh. Our aim is to maintain stability and peace in these regions. We will continue to work for the continuation of calm in Syria," he noted.

Çavuşoğlu said that the two countries made significant contributions to the establishment of cease-fires in both Syria and Libya, adding that further steps need to be taken for Libya to reintegrate the country’s divided institutions.

“The political unity and territorial integrity of the country is our priority. I hope everything goes as planned in Libya and peace and stability will be firmly established,” Çavuşoğlu said.

He also emphasized the effectiveness of the Astana format for peace and territorial integrity in Syria. “The process for the writing of a new constitution should begin. Also, all terrorist organizations that pose a threat to Syria's integrity need to be cleared. The YPG/PKK presence still prevails in the country,” he said.

On last fall's military conflict between Armenia and Azerbaijan, which ended in November with a Russian-brokered cease-fire, Lavrov said: "Russia wants Armenians and Azerbaijanis to live as good neighbors and urges reconciliation."

"We appreciate the activities of the joint command center (with Turkey) in Azerbaijan," he added.

During a subsequent 44-day conflict, which ended under a deal signed on Nov. 10, Azerbaijan liberated several cities and nearly 300 settlements and villages from Armenian occupation.

Çavuşoğlu also told Lavrov that Turkey's Kanal Istanbul megaproject will not impact the proper governing of the Turkish Straits.

The planned alternate route between the Marmara Sea and the Black Sea – set for completion in 2025-2026 – will have no effect on the 1936 Montreux Agreement on the Turkish Straits, or vice versa, Çavuşoğlu said.

"Russia is pleased to work with our Turkish colleagues on implementation of the Montreux Agreement," Lavrov underlined.

Montreux gives Turkey control over its straits and authority to regulate the transit of naval warships.

Lavrov added that the canal's construction will not lay the ground for foreign military deployments.

Çavuşoğlu also said that Turkey had proposed to Russia that the two countries mutually recognize one another's COVID-19 vaccine certifications.

"Russian citizens see Antalya as an attractive destination, and we will continue our efforts to develop relations in field of tourism," Lavrov added.

Traditionally a top destination for Russian tourists, Turkey, like the rest of the world, last year had to shut down most tourism in the face of the coronavirus pandemic.

But a dramatic improvement in coronavirus figures accompanied by a vigorous vaccination campaign and strong safety measures have reopened the country to tourism, and Russia last week gave the green light for flights to restart full service to Turkey.