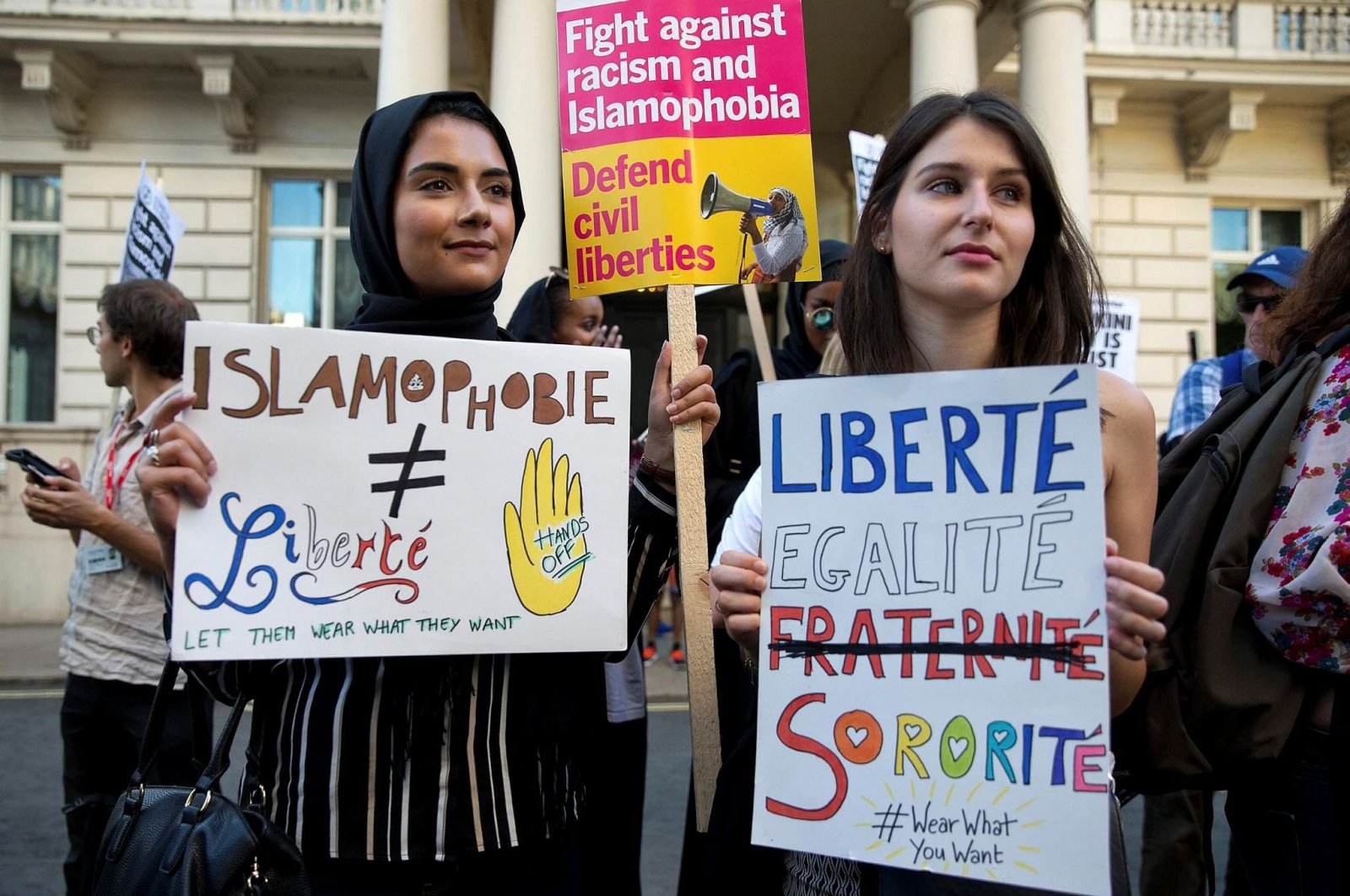 Speaking at the 143rd Assembly of the Inter-Parliamentary Union (IPU) in Spain, Şentop criticized France for vetoing a campaign launched by the Council of Europe against anti-Muslim hate speech.

"We have to expose this hypocrisy," Şentop said, pointing out that France opposed the campaign despite having a significant domestic Muslim population.

"Turkey will always stand by all the oppressed, aggrieved communities and people, whether or not they're Muslim," he added.

Emphasizing that populism is jeopardizing democracy and human rights, Şentop said: "The Inclusion and Anti-Discrimination Division of the Council of Europe launched a very valuable campaign within the framework of combating discrimination against women wearing headscarves."

"This initiative, which deserves appreciation for the protection and advancement of human rights, which is the basis of the Council of Europe, was unfortunately terminated after the reactions of some politicians in France, which hosted the council," he said.

Şentop pointed out that discrimination and xenophobia have increased over the last 20 years, adding that hostility toward Islam, in particular, has reached dangerous levels all over the world.

"Unfortunately, the international community and institutions remain tone-deaf and ineffective against this desperate situation," he said.

The Council of Europe launched the campaign against the discrimination of women wearing headscarves on Oct. 28.

Images of women wearing headscarves were shared on the Twitter account of the Inclusion and Anti-Discrimination Division, with the slogans "Freedom is in the headscarf," "Bring joy & accept hijabs" and "Beauty is in diversity as freedom is in the hijab."

Macron has become a figure of hate in some Muslim countries with many boycotting French products after the French president defended Charlie Hebdo’s provocative caricatures attacking the Prophet Muhammad. He has also been forced to the defensive by critical headlines in influential English-language media outlets such as the Financial Times and The New York Times.

Muslims in France – the former colonies of which include predominantly Muslim countries in North and West Africa as well as the Middle East – make up about 6% of the population.

Anti-Muslim hatred has significantly risen in Europe in recent years. Far-right extremism and xenophobia have fueled Islamophobia in Western countries, where terrorist attacks by Daesh and al-Qaida as well as a migrant crisis are used as excuses to legitimize those views. France, home to the largest Muslim minority in Europe, estimated at 5 million or more out of a population of 67 million, took the helm of Islamophobic efforts to silence members of the minority group. Critics denounced Macron for trying to galvanize far-right citizens to vote for him in 2022 April presidential elections.

Most recently, France announced its plans to close seven more mosques and associations across the country by the end of 2021 on the pretext of "radicalism" as part of its Islamophobic campaign against the country's Muslim population.

Last year, the Turkish Foreign Ministry slammed Macron’s “Islamic separatism” remarks for having a distorted approach and attempting to control migrant communities in Europe through the establishment of fabricated concepts.