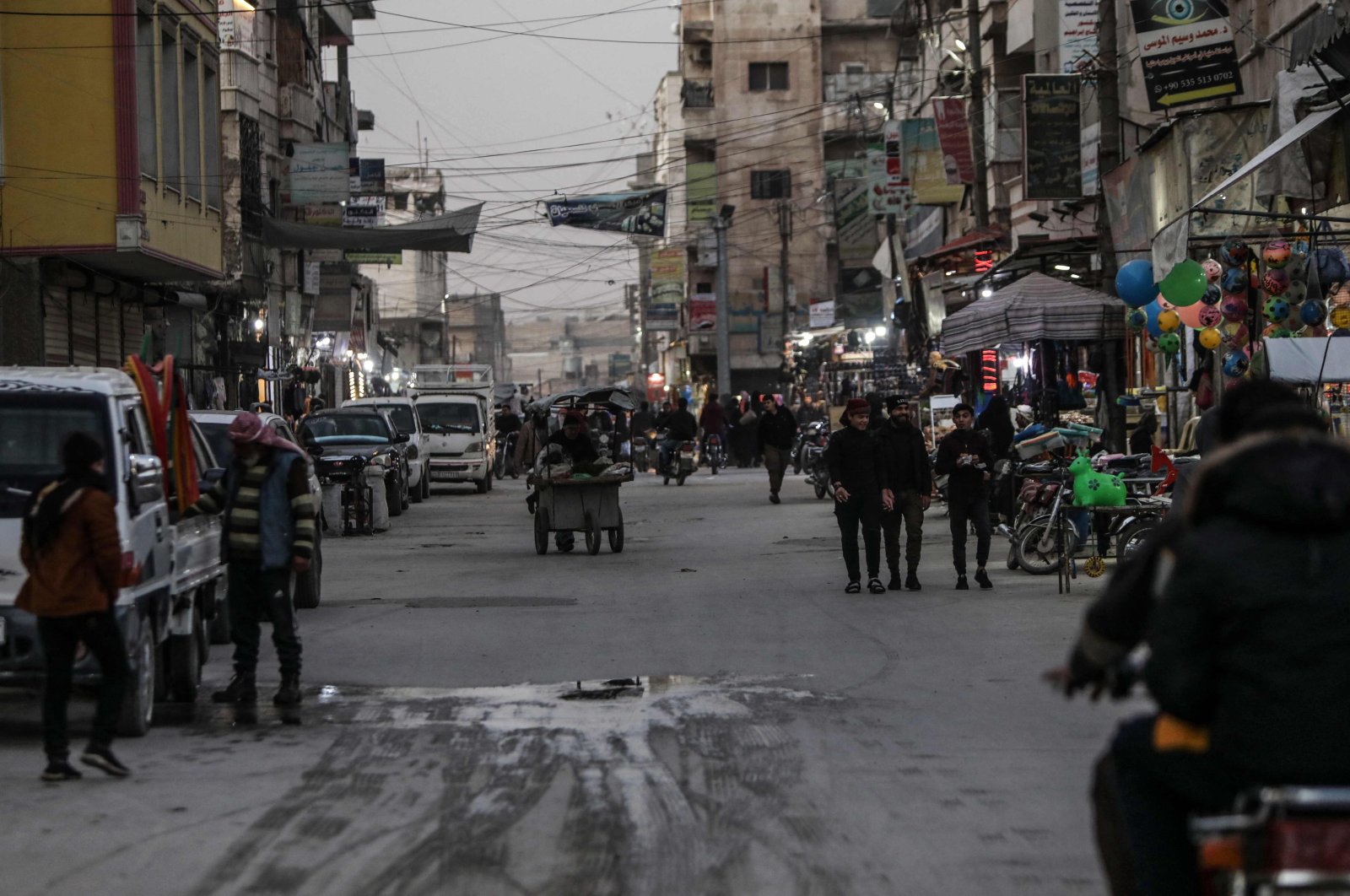 People gather in the main market of the opposition-held city of al-Bab in Syria's northern Aleppo province on the border with Turkey, on December 5, 2021. (AFP Photo)
by DAILY SABAH Dec 16, 2021 2:51 pm

The detainees were released in the Abu al-Zindeen district in the south of northern Syria's al-Bab, controlled by the opposition.

The exchange took place as part of the sixth project of the Working Group on the Release of Detainees/Abductees, Handover of Bodies and Identification of Missing Persons, which was established within the framework of the Astana process with the participation of Turkey, the Russian Federation and Iran as well as the United Nations.

The working group will continue its activities in the coming period, the ministry said in a statement.

The Astana process was initiated by Turkey, Iran and Russia to bring the warring sides in Syria together to find a permanent solution to the 10-year-long war. The main agenda items have been the constitutional system, the political transition, security and resettlement. The first meeting of the Astana process was in Turkey in January 2017 to facilitate U.N.-sponsored peace talks in Geneva.

While Turkey has backed opposition groups in the Syrian civil war, Russia and Iran have been the main backers of the Bashar Assad regime.