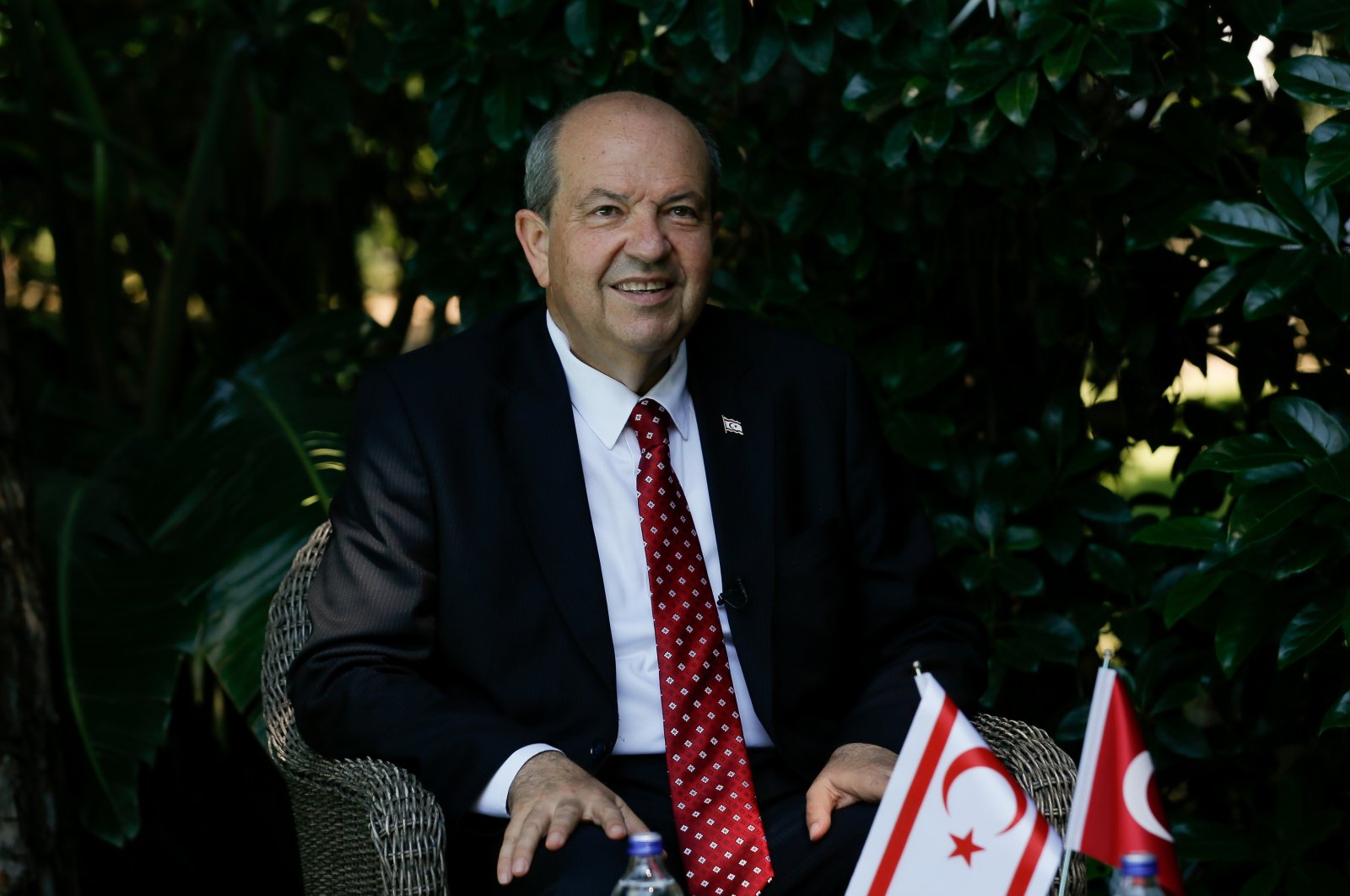 The Turkish Republic of Northern Cyprus (TRNC) on Saturday reiterated that the country is in favor of "the new policy" of a two-state solution on the island as decades of negotiations for a federation have failed to resolve the Cyprus issue, underlining that there is still no common ground between the TRNC and the Greek Cypriots.

Speaking to Anadolu Agency (AA) on the sidelines of this weekend's Antalya Diplomacy Forum in Mediterranean Turkey, TRNC President Ersin Tatar said the goal of the recent informal talks in Geneva in April was to determine whether there is common ground between the parties.

For decades, the parties negotiated for a federal solution, but these talks could not come to a conclusion, and are no longer on the agenda, said Tatar.

"Now we are defending the new policy (the two-state solution) on Cyprus. I based my presidential mandate on this. We said that we want to take this process with a new vision on Cyprus and that there cannot be a federation-based agreement," he said.

"So far, almost all of the comprehensive negotiation proposals, including the U.N.'s, have been approved by the Turkish side, and the Greek side has rejected them all. Because the Greek side has never wanted a partnership with us on that basis (federation), and they wanted to share neither wealth nor administration with the Turks," Tatar added.

The Greek Cypriots make no effort to hide their aim of making Cyprus a Greek-Hellenic island, which it still is, Tatar said.

"Now, with the support of Turkey, we are talking about two separate sovereign equality-based independent states living side by side in Cyprus. Only if this is the case can there be a comprehensive and permanent solution," he added.

Noting that he will receive U.N. Cyprus envoy Jane Holl Lute next Monday, Tatar said that they will discuss whether there is a common ground between the parties after the Geneva talks.

Tatar said he will once again reiterate the TRNC's position that sovereign equality and a two-state solution are preconditions for Turkish Cypriots to enter formal negotiations.

Turkey is a strong country both around the world and in its region said Tatar, adding that it is important Turkey supports a two-state solution.

On Turkish-EU relations, Tatar said that Greek Cypriots are trying to disrupt relations between Turkey on the one hand and Greece and the EU on the other.

He added that it would be a poor idea to grant Greek Cypriots EU membership before the Cyrpus issue is resolved.

It would be appropriate to differentiate the Cyprus issue from other issues when it comes to EU-Turkey relations and agreements, he added.

There is no common ground between the TRNC and Greek Cypriots, and the U.N. should recognize that during the second 5+1 Geneva talks, said the TRNC foreign minister.

In an exclusive interview with the AA on the sidelines of Antalya Diplomacy Forum, Tahsin Ertuğruloğlu said the meeting held in late April was not "a new negotiation process," and that it was designed to determine whether there is a mutual understanding, thus allowing negotiations to begin.

The U.N. must see it that it is "very clear that there is no common ground anymore," he asserted, adding that he expects Lute to highlight this in her report to the Security Council.

The TRNC will shape its policies according to the U.N.'s final decision after the second round of talks, he added.

The minister said that as long as the Greek side is treated as a "state" and the Turkish side as a "society," there will be no common ground from which to start any negotiation process.

"As long as they continue to be recognized as the Republic of Cyprus, they never foresee any power-sharing with the Turkish Cypriots," he said, arguing that in such circumstances, "no one should think of sitting down with us and establishing a new partnership in good faith."

"It is naive to expect a different result by repeating the same things," Ertuğruloğlu added.

When asked if improved Turkey-Greece relations could positively impact the Cyprus issue, Ertuğruloğlu said he doubts Greece will "sincerely" approach Turkey and the Turkish Cypriots seeking to improve ties.

"For us, the European Union is not an impartial organization," said the minister, noting that the group lost its "neutral stand" when the bloc made the Greek Cypriot side a member of the union, in a violation of its own laws and membership conditions.

"It (EU) is one of the sides of the problem, a side against us," he said. "Therefore, we have no expectations from the European Union."