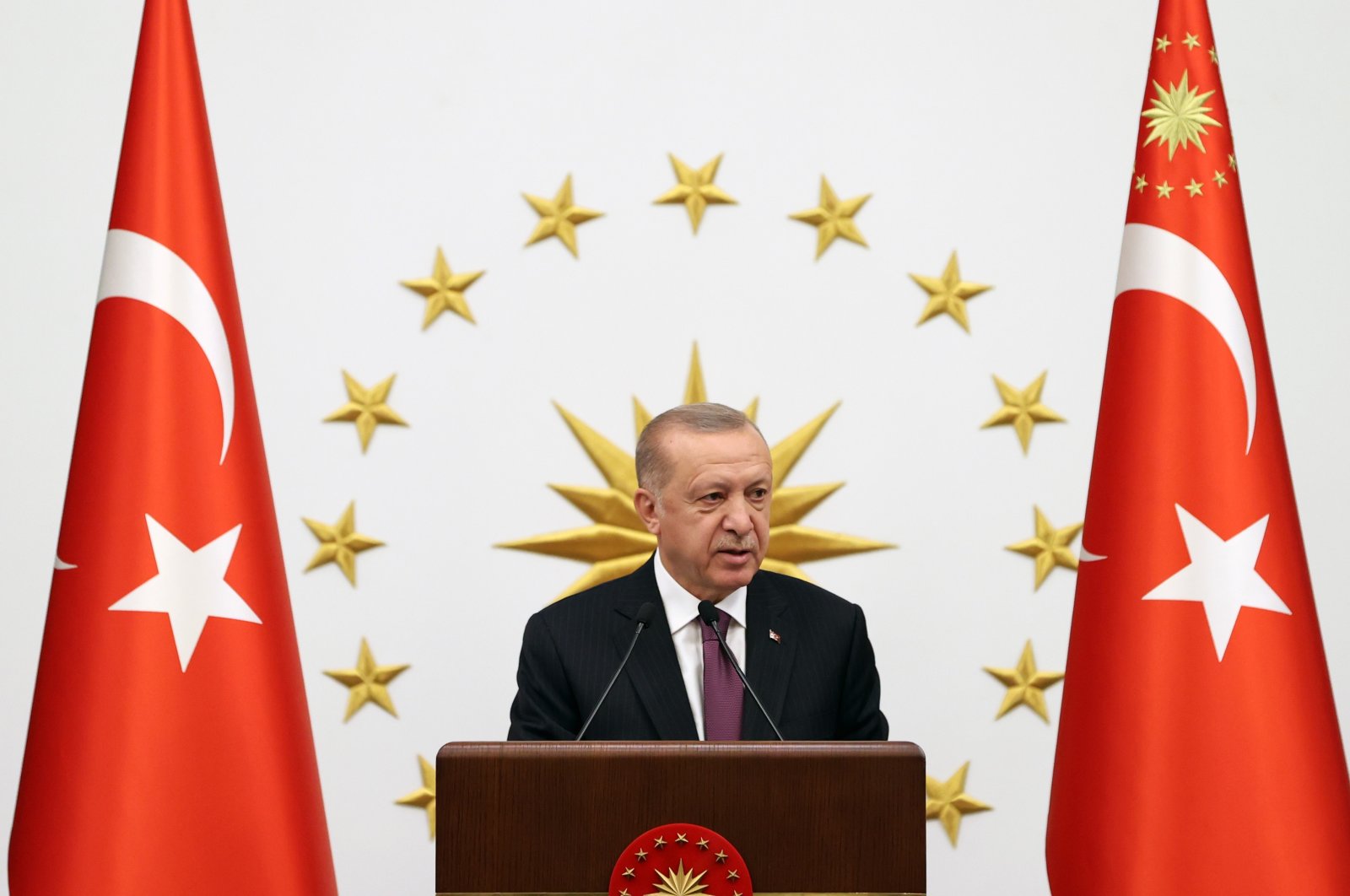 The Turkish president said Wednesday that Ankara is approaching the messages from Taliban leaders with cautious optimism and the group's actions, not words will determine the future course of action in Afghanistan.

Addressing ambassadors at a ceremony marking the 950th anniversary of the Battle of Malazgirt, which marks the beginning of the first Turkish settlements in Anatolia, President Recep Tayyip Erdoğan underlined the importance of attaining stability in Afghanistan. He added that Ankara continues to be in "close dialogue” with all parties in the country with this purpose.

He also stressed the importance of forming an all-inclusive government in Afghanistan and said the priority in the war-torn country should be to fill the authority gap to ensure public safety and normalization.

Touching on the urgent needs of Afghans, including food, the Turkish president said that the coronavirus pandemic, drought, and financial problems took a heavy toll on the public."

The international community must help Afghanistan in this tough time and show solidarity, regardless of who governs the country,” he remarked.

Turkish troops and diplomats have been making extraordinary efforts to ensure order at the airport and maintain evacuation operations, he said.

The Taliban recently declared the war in Afghanistan over after taking control of the presidential palace in Kabul, while Western nations scrambled Monday to evacuate their citizens amid chaos at Kabul Hamid Karzai International Airport as frantic Afghans searched for a way out.