Taliban head to presidential palace to prepare for 'transfer' of power 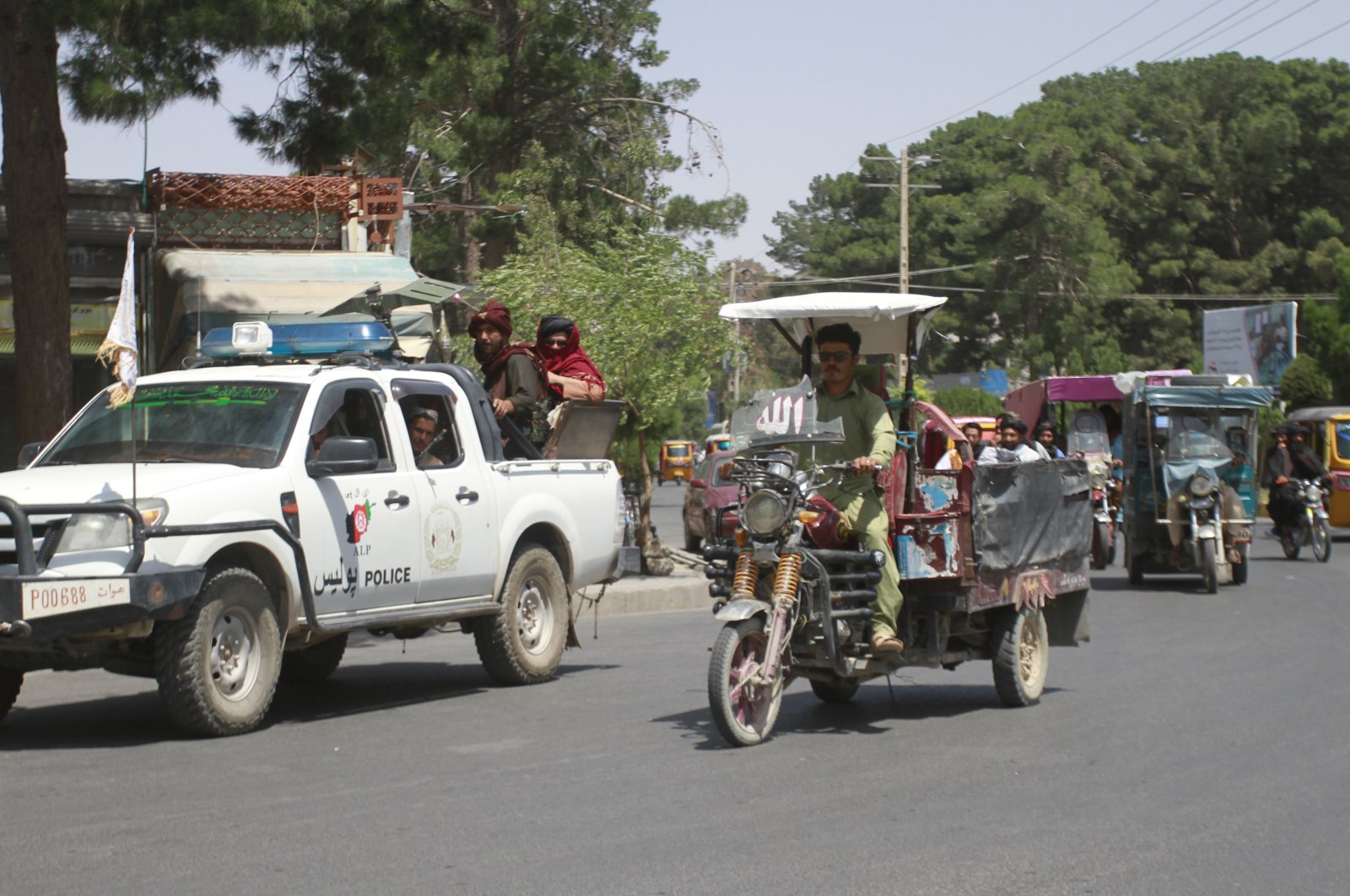 Members of the Taliban, left, drive with other motorists through city of Herat, Afghanistan, west of Kabul, Saturday, Aug. 14, 2021, after the province was taken from the Afghan government. (AP Photo)
by ASSOCIATED PRESS Aug 15, 2021 12:22 pm

Taliban negotiators headed to the presidential palace Sunday to discuss the transfer, said an Afghan official who spoke on condition of anonymity for fear of reprisals.

The move came rights after the militants entered Afghanistan's capital of Kabul. The Taliban have said they don't plan to take the capital by force.

The negotiators on the government side included former President Hamid Karzai and Abdullah Abdullah, the head of the Afghan National Reconciliation Council (HCNR), an official said.

Abdullah long has been a vocal critic of President Ashraf Ghani, who long refused giving up power to get a deal with the Taliban.

The official, who spoke on condition of anonymity to discuss details of the closed-doors negotiations, described them as "tense.”

Taliban spokesperson Suhail Shaheen told Qatar’s Al-Jazeera English satellite news channel that the insurgents are "awaiting a peaceful transfer of Kabul city.” He declined to offer specifics on any possible negotiations between his forces and the government.

But when pressed on what kind of agreement the Taliban wanted, Shaheen acknowledged that they were seeking an unconditional surrender by the central government.