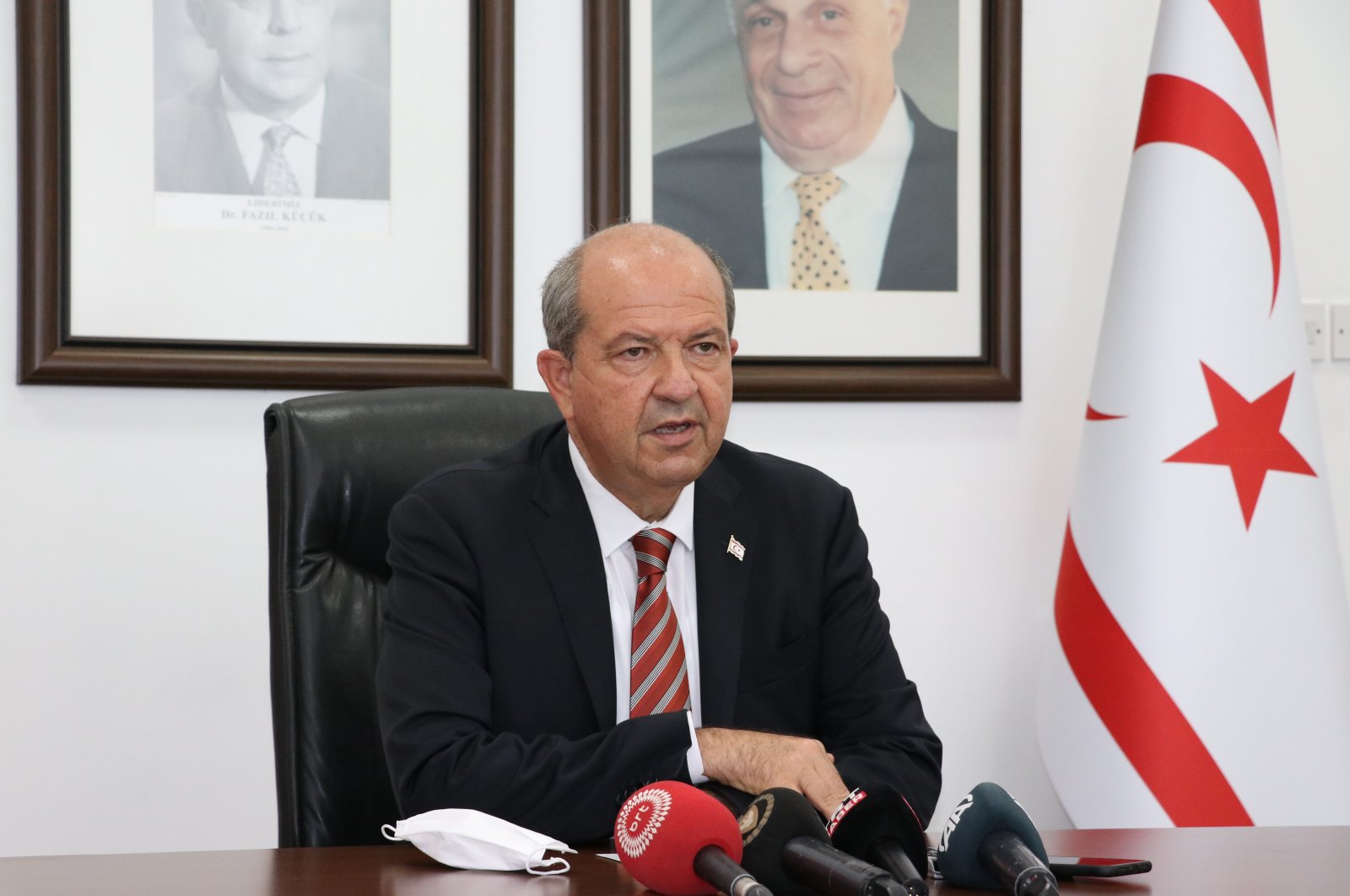 “I condemn them for such an act,” Tatar told reporters in Ercan Airport after a visit to Turkey.

He continued by saying that the whole world knows how great a commander Atatürk was and there is no reason to discuss his leadership.

Tatar noted that the issue goes back to the Annan Plan in 2004, which anticipated changing curriculum in history books by adopting a “softer” approach to incidents that led to the island’s partition and the Turkish side abided by it, but the Greek Cypriots never softened their rhetoric and always portrayed Cyprus as an anti-Turkish "Hellenic island."

“I highlight that our youth need to know about the oppression and genocide against the Turkish Cypriots, in violation of international law,” Tatar said, adding that this does not mean the Turkish Cypriots do not want a fair, permanent and equal solution to the problem.

The Greek side's education ministry came under fire after instructing English teachers to tear out a page of a textbook referring to Mustafa Kemal Atatürk, the founder of the modern Turkish republic, as “Turkey’s greatest hero.”