Terrorism has no language, religion or race: Turkey's Altun 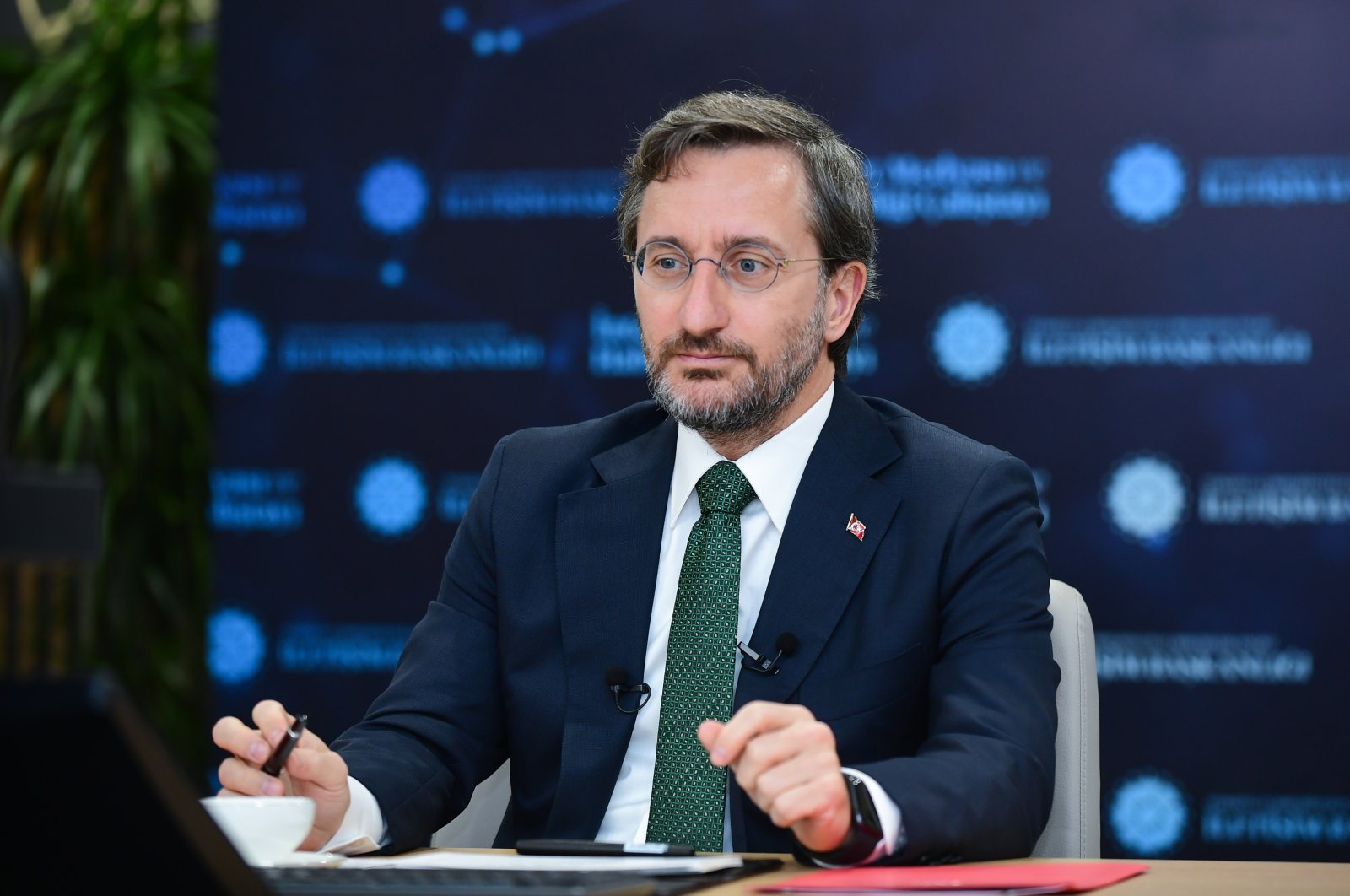 Turkey will continue to use every opportunity to highlight that terrorism has no language, religion or race, Turkey's Presidential Communications Director Fahrettin Altun said on Thursday as he accused YouTube of hypocrisy after the platform banned a speech he made at an exhibition in the memory of Turkish diplomats killed by Armenian terrorist groups.

"I regret to say that the speech I made at the Martyr Diplomats Exhibition was censored by YouTube. This speech supposedly contained hate speech," Altun said on Twitter.

Accusing YouTube of having "double standards" and practicing "hypocrisy," he said: "YouTube, which ignores hate speeches against Islam and Muslims and easily opens up space for the terrorist organizations' smear campaign, considers what we said about the murderous terrorists who martyred our Turkish diplomats a hate crime!"

"Like it or not, we will keep saying on all occasions that terrorism has no language, religion or race," he went on to say.

"We have seen once again that we need domestic and national platforms in the field of media and communication, as we need in every field."

On April 24, Altun delivered a speech at the Martyr Diplomats Exhibition, which was held simultaneously at Istanbul's Sirkeci Station and in Los Angeles.

It was dedicated to Turkish diplomats who continued their duties despite the threats and attacks by Armenian terrorist groups between 1973 and 1984, and lost their lives for this purpose.

In a statement for the "Martyr Diplomats Exhibition" released by the Directorate of Communications last month, it was stated that the attacks in the 1970s and 1980s carried out by Armenian terrorist groups – the Armenian Secret Army for the Liberation of Armenia (ASALA) and the Justice Commandos of the Armenian Genocide (JCAG) – killed 58 Turkish citizens, including 31 diplomats. A total of 77 people were killed in these attacks, and many were injured.