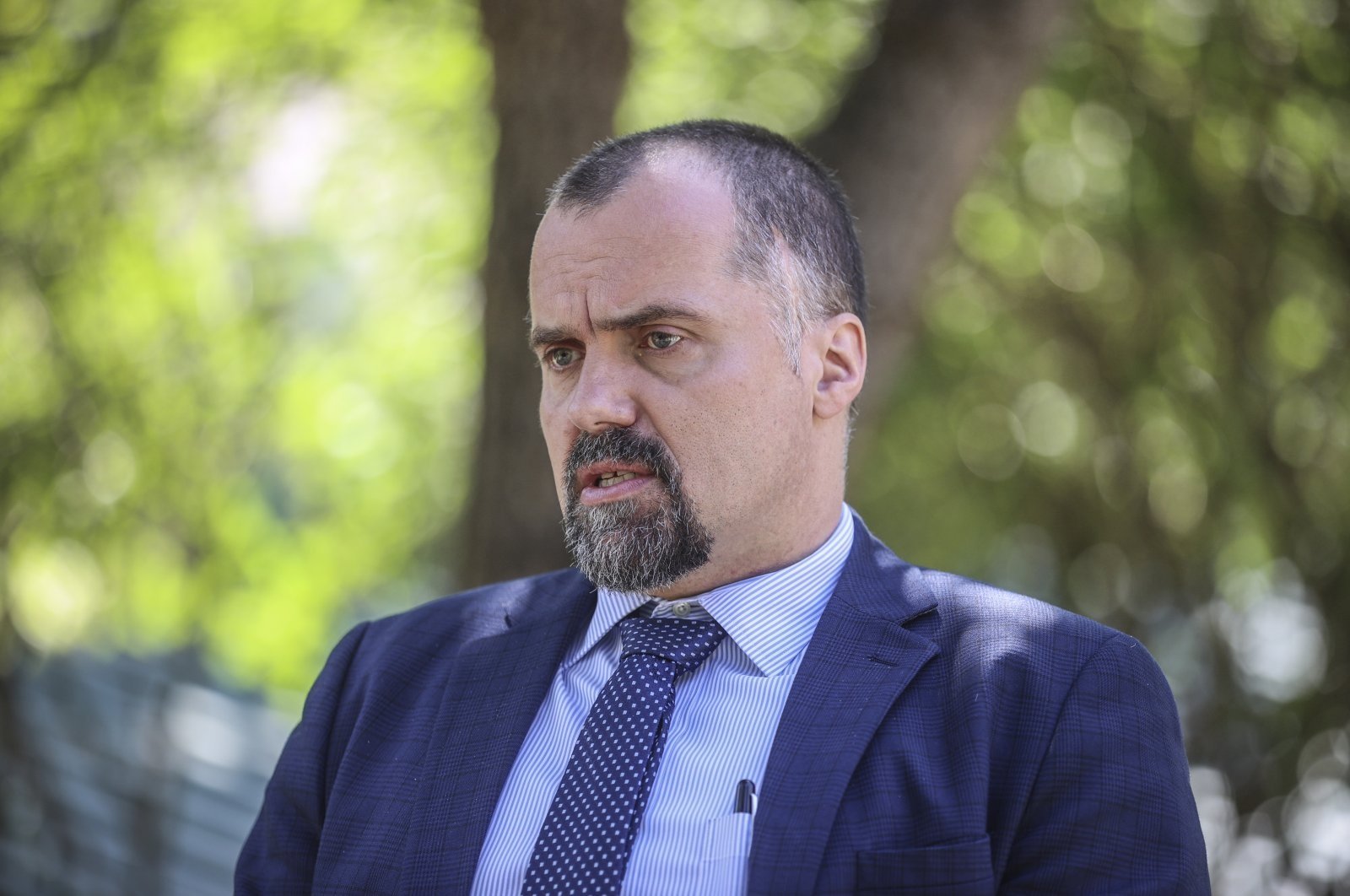 Head of the International Policy Bureau of the President of the Republic of Poland, Jakub Kumoch, during an interview while he was ambassador to Turkey, Ankara, Turkey, July 13, 2021. (AA Photo)
by DAILY SABAH Nov 11, 2021 10:17 pm
RECOMMENDED

Turkish Airlines (THY) will no longer accept Syrian and Iraqi nationals on its flights to Minsk except for holders of diplomatic passports, said Jakub Kumoch, the head of Poland's Presidential International Policy Bureau and former envoy to Turkey, on Thursday.

His statement comes after claims that Turkish Airlines was flying migrants to Belarus amid a migrant crisis there.

Denying the allegations as "baseless," the carrier said Turkish Airlines flights to Belarus are in no way aiding illegal immigration traffic.

Turkey rejected efforts to "portray it as part of the problem" in the migrant crisis along the Poland-Belarus border, the Turkish Foreign Ministry said on Thursday.

Furthermore, a Turkish official with direct knowledge of the issue told The Associated Press (AP) that Turkish Airlines would halt selling tickets to Iraqi and Syrian nationals for flights to Minsk as part of measures being considered by Turkey to help resolve the crisis. The official spoke on condition of anonymity, citing the sensitivity of the issue and because he was not authorized to announce company policy.

Turkey, host to some 4 million mainly Syrian migrants, has been accused of contributing to the migrant flow toward Belarus' borders. The European Union has accused Minsk of encouraging the migrants to come to its territory then pushing them to cross to Poland and other neighboring countries.

"We reject efforts to portray Turkey, which is not a party to this issue, as part of the problem," the ministry said in a statement and added Ankara viewed the targeting of its national flag-carrier Turkish Airlines over the matter as "intentional."

Moreover, in a phone call on Wednesday, the Turkish and Polish foreign ministers discussed the migrant crisis at the Poland-Belarus border. The Turkish foreign minister reminded his counterpart that the public should be informed properly about these allegations and he invited technical teams from Poland to come to Turkey.

The border crisis with Belarus has been simmering for months. Top European Union officials say the longtime authoritarian leader of Belarus, Alexander Lukashenko, is luring thousands of migrants and refugees to Minsk with the promise of help to get them to western Europe. Belarus denies it is using them as pawns, but the EU maintains Lukashenko is retaliating for sanctions it imposed on his regime after the president's disputed election of a sixth term last year led to anti-government protests and a crackdown on internal dissent.

The crisis at the eastern frontiers of Poland, Lithuania and Latvia is fueling calls for the EU to finance the construction of something it never wanted to build: fences and walls at the border.

About 8,000 migrants have entered from Belarus this year, and border guards have prevented about 28,000 attempted crossings, according to European Commission figures.