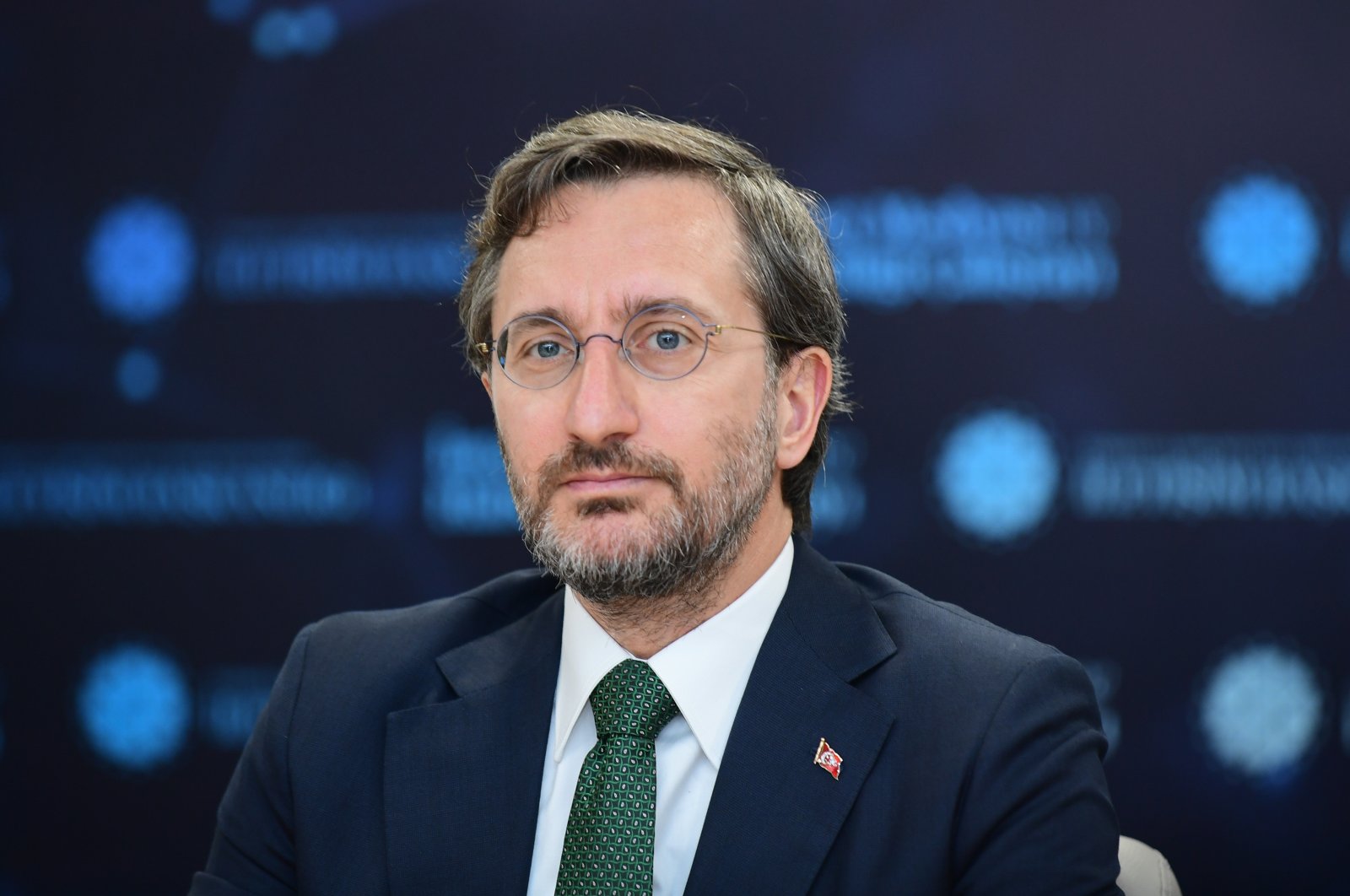 It is time to work for the realization of a two-state solution for the decadeslong Cyprus issue, Presidential Communications Director Fahrettin Altun said Monday, as he underlined Turkey's and Turkish Cyprus' close cooperation with the United Nations to promote lasting peace and a solution.

Releasing a Twitter message, Altun noted that President Recep Tayyip Erdoğan will visit the island to mark the 47th anniversary of the Cyprus Peace Operation initiated by Turkey.

He also shared a video called the "Cyprus Issue from Past to Present: Two-State Solution."

President @RTErdogan will visit Cyprus on the 47th anniversary of the Cyprus Peace Operation.Turkey and the Turkish Cypriots worked closely with UN for decades to promote lasting peace.It’s time to pursue a two-state solution. pic.twitter.com/yo6jMiQhIP

During his visit, Erdoğan will address a special session of the Turkish Cypriot Parliament and attend celebrations of the July 20 Peace and Freedom Day, marking the 47th anniversary of Turkey's 1974 Peace Operation, which protected the island's Turkish Cypriot community from Greek Cypriot violence.

He will also meet with Turkish Cypriot President Ersin Tatar to exchange views on the latest developments in the Eastern Mediterranean and bilateral relations. Erdoğan will then attend a mass inauguration ceremony of a number of completed projects.

Every year the TRNC celebrates July 20 as its Peace and Freedom Day to mark the operation – a large-scale military intervention to protect Turkish Cypriots from the violence that struck the island in 1974.

​​​​​​​The island has seen an on-and-off peace process in recent years, including a failed 2017 initiative in Switzerland under the auspices of guarantor countries Turkey, Greece and the United Kingdom.