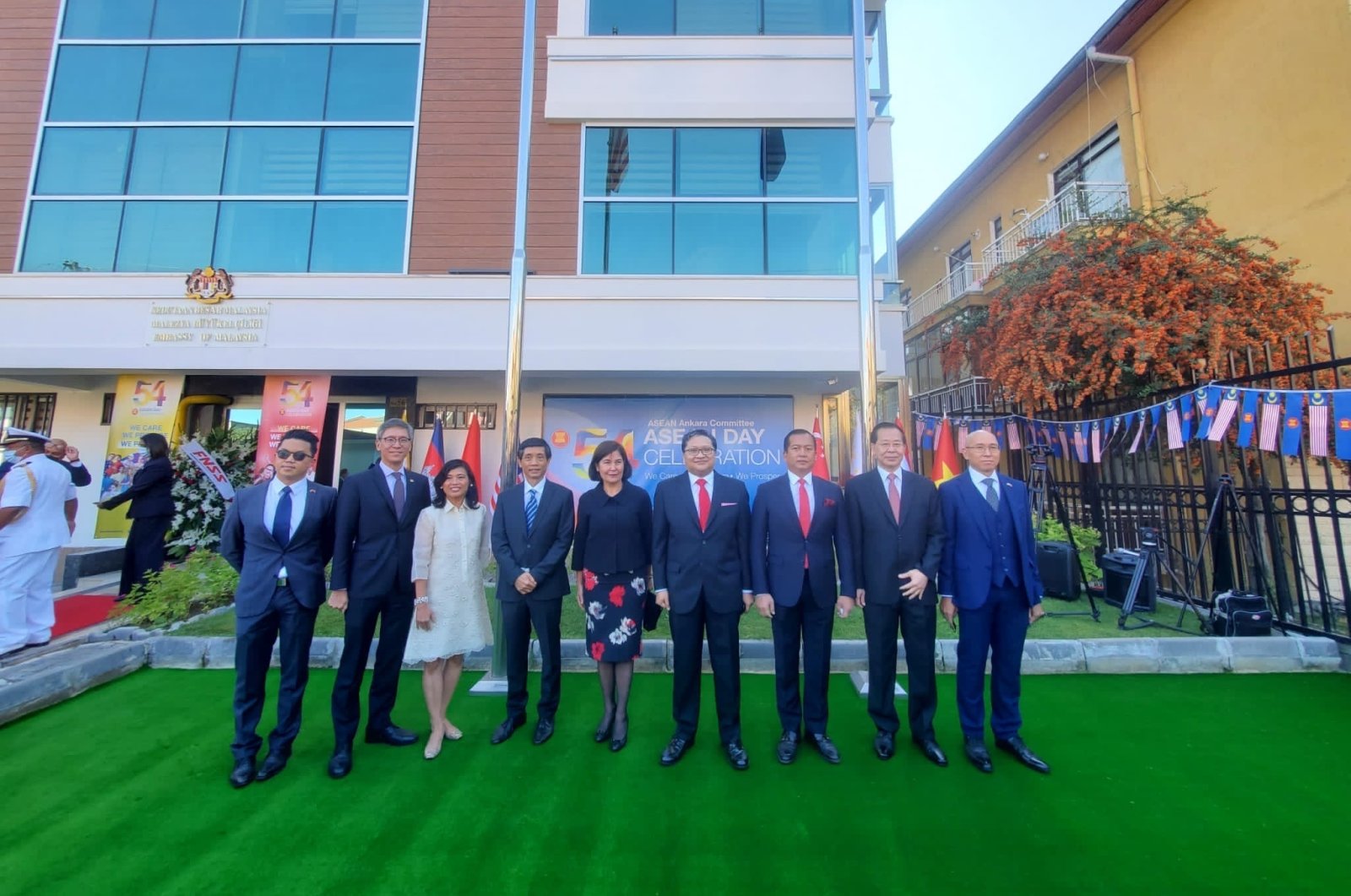 Turkey is eyeing enhanced cooperation with countries of the Association of Southeast Asian Nations (ASEAN), Nilvana Darama, coordinator for the Asia Anew initiative of the Foreign Ministry said Friday on the occasion of the 54th ASEAN Day.

Speaking during a celebration of ASEAN Day in the capital Ankara and hosted by the Malaysian embassy, Darama said that Turkey is steadily developing relations with the member countries and has opened a directorate-general recently specializing in the new Asia perspective.

Darama praised the remarkable success of ASEAN countries especially in the fields of trade and economy but also highlighted that the platform served for cooperation as well as establishing an environment for peace.

Darama told Daily Sabah that the Foreign Ministry is planning to take new steps in the field and that further programs with ASEAN countries can be expected in the upcoming period.

Malaysia’s Ambassador to Turkey Sazali Mustafa Kamal also gave a speech, saying that the ASEAN Ankara Committee is committed to rendering its support to prepare for future opportunities and challenges and prospering together as a unified region.

He stated that the ASEAN Ankara Committee is pleased with the outcome of the ASEAN-Turkey Trilateral Meeting that was convened on Aug. 19, 2021.

Following the ceremony and flag hoisting, guests had the chance to taste culinary specialties of the ASEAN member countries.

ASEAN – a regional bloc of 10 countries including Brunei, Cambodia, Indonesia, Laos, Malaysia, Myanmar, the Philippines, Singapore, Thailand, and Vietnam – was founded on Aug. 8, 1967, in Bangkok.

Turkey launched the Asia Anew Initiative in 2019, to improve ties with Asian countries in different areas. The initiative offers a new vision that might shape the future of Turkish foreign policy as a whole. It aims to improve ties with the Asian countries in various areas, including education, the defense industry, investments, trade, technology, culture and political dialogue.

Turkey considers ASEAN a key organization in the region, considering its combined economy, dynamic population and strategic location. Turkey applied to become a sectoral dialogue partner for ASEAN in 2015 and its application was accepted on Aug. 5, 2017, during the 50th ASEAN Foreign Ministers Meeting held in the Philippines.