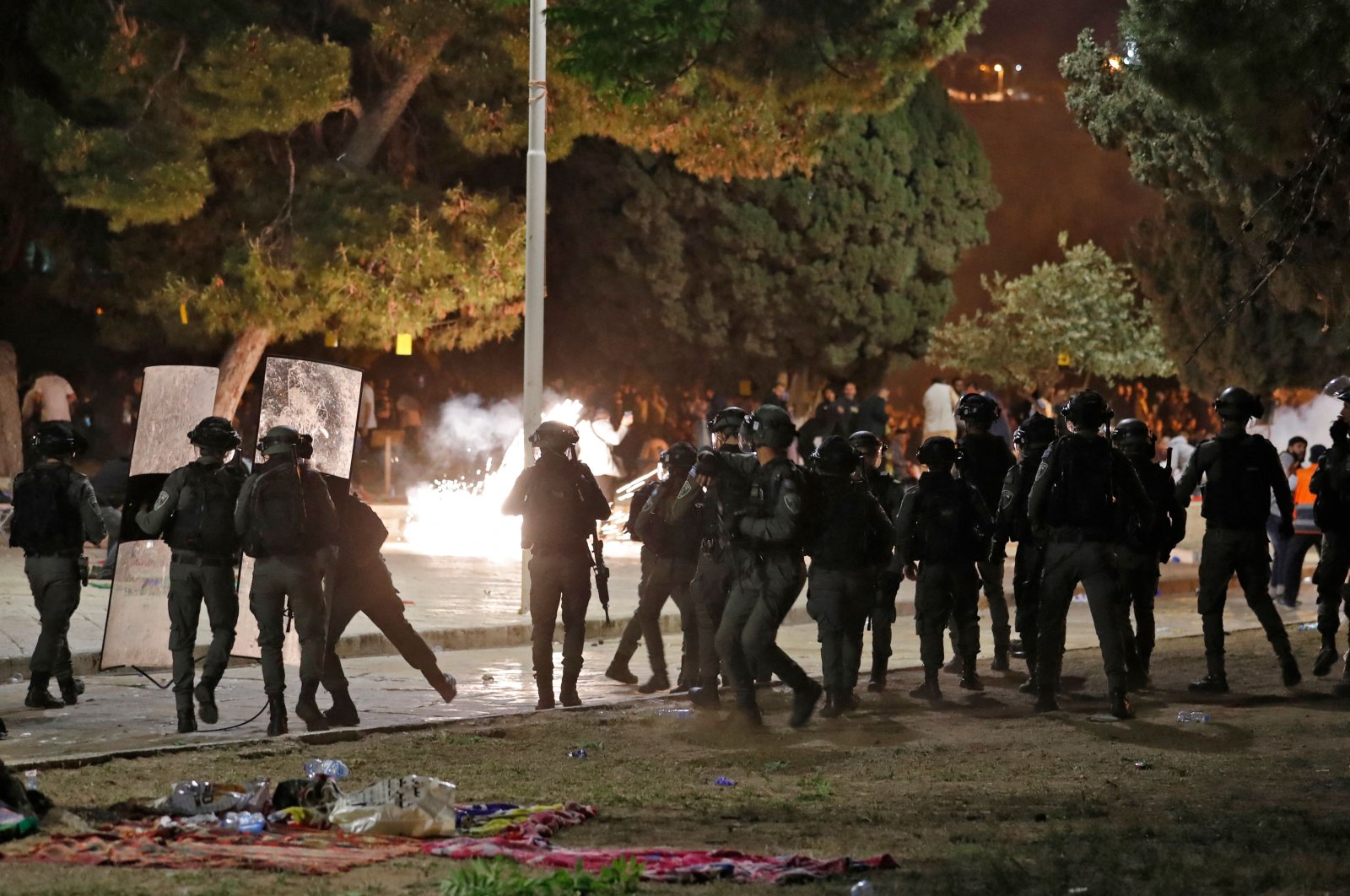 Israeli security forces are seen as they enter Al-Aqsa Mosque in Jerusalem, attacking Muslim worshippers with stun grenades during prayers, May 7, 2021. (AFP Photo)
by Anadolu Agency May 07, 2021 11:03 pm
RECOMMENDED

The number injured rose to 295 on Sunday in Israeli attacks at Al-Aqsa Mosque, Damascus Gate of the Old City and the Sheikh Jarrah neighborhood in East Jerusalem, according to the Palestinian Red Crescent.

A total of 88 were taken to hospitals in Jerusalem, while others were treated as outpatients, said a statement. Six Israeli officers were also reported wounded.

Most of the injuries were caused by rubber bullets fired by Israeli police, it added.

Palestinian President Mahmoud Abbas said that he held the Israeli government "responsible" for the unrest and voiced "full support for our heroes in Aqsa."

International observers urged calm, with U.N. Special Coordinator for the Middle East Peace Process Tor Vennesland tweeting his concern, urging all parties to "respect the status quo of holy sites in Jerusalem's Old City in the interest of peace & stability."

The police attacked worshipers who were praying in the Masjid al-Qiblatain inside Al-Aqsa with stun grenades and rubber bullets.

Meanwhile, clashes took place between Israeli security forces and Palestinians trying to enter Al-Aqsa through the Bab Al-Silsila, one of the gates to the mosque.

The intervention by Israeli police, who also attacked young Palestinians in front of the Damascus and Es-Sahire gates of the Old City, caused panic among women and children.

Police allow for controlled passage through the gates of the Old City.