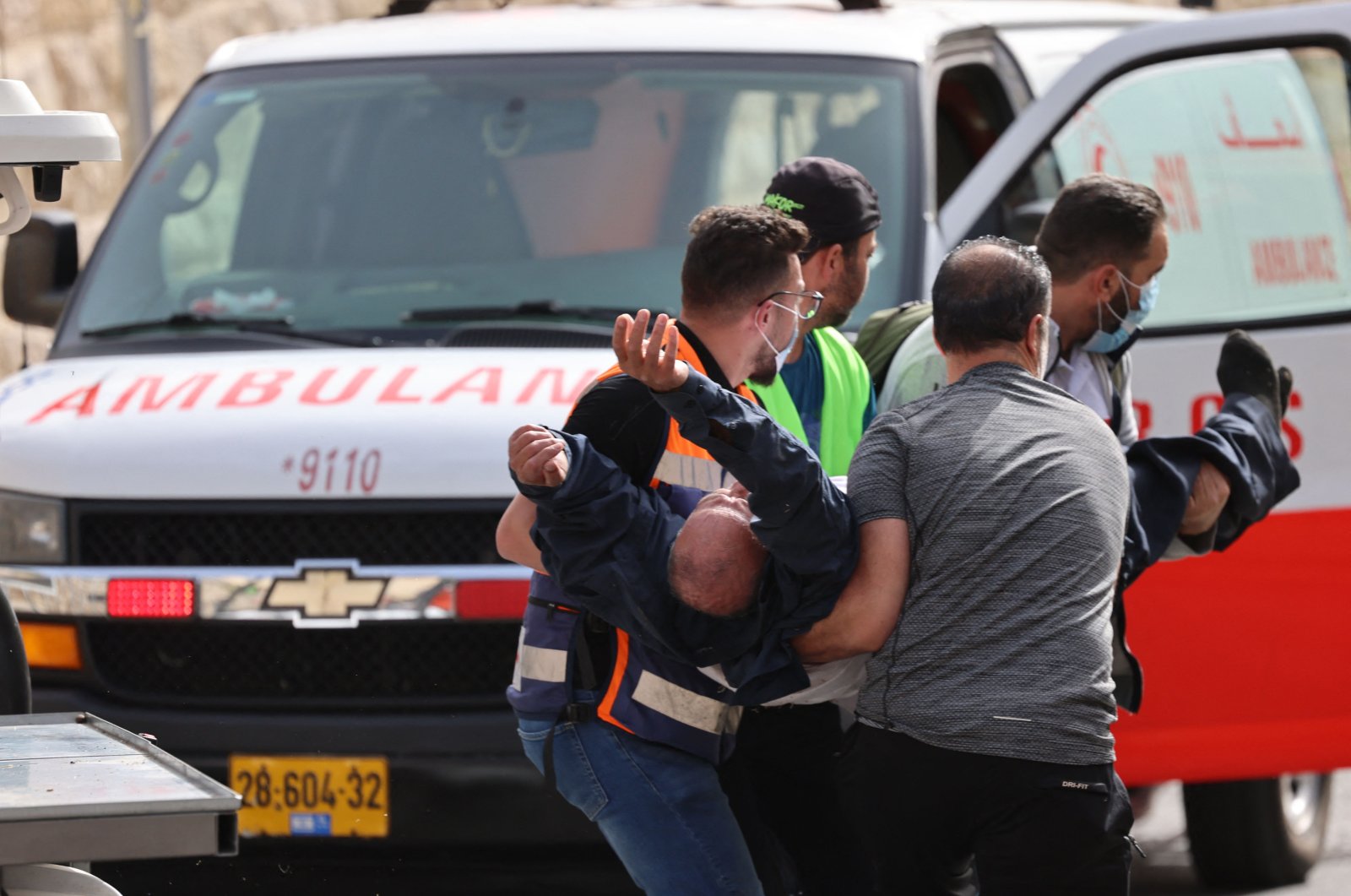 Palestinian medics evacuate a wounded protester after Israeli security forces attacked them at the Damascus Gate in Jerusalem's Old City on May 10, 2021, ahead of a planned march to commemorate Israel's takeover of Jerusalem in the 1967 Six-Day War. (AFP Photo)
by Daily Sabah with AP May 10, 2021 9:03 am
RECOMMENDED

Hundreds of Palestinian protesters were injured in attacks by the Israeli police in the flashpoint Jerusalem holy site, the Al-Aqsa Mosque on Monday after days of raids and attacks against peaceful worshippers during the month of Ramadan.

50 of the injured were taken to hospitals, a medical source told Anadolu Agency Monday.

Israeli security forces fired rubber bullets, tear gas and stun grenades, wounding hundreds ahead of a rally to celebrate "Jerusalem Day," commemorating the 1967 Six-Day War. The protesters retaliated by throwing stones and other objects at the police. Palestinians reported stun grenades fired into the mosque compound, with dozens injured.

Since Friday, the police have been constantly attacking Palestinian worshippers in the mosque, amounting to almost 300 injured over the weekend. Most of the injuries were caused by rubber bullets fired by Israeli police, the Palestinian Red Crescent reported.

Earlier, police barred Jews from visiting the site on Monday, which Israelis mark as "Jerusalem Day". The police decision came hours before a planned march by hardline Israeli nationalists through the Muslim Quarter of Jerusalem’s Old City, an annual event widely perceived as a provocative display of Israeli occupation over the contested city. Police have allowed the flag-waving parade to take place despite growing concerns that it could further fan the flames.