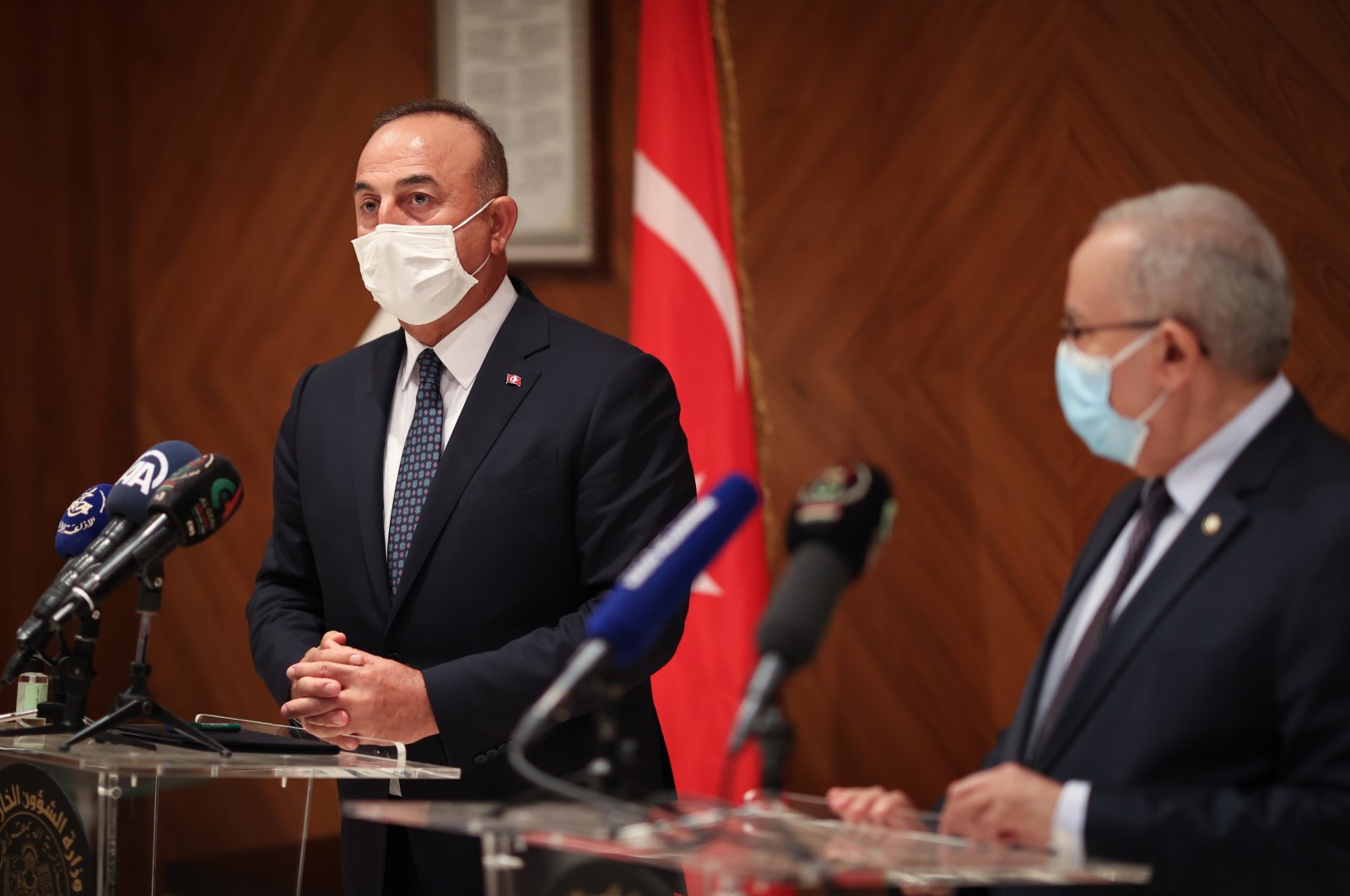 Turkey and Algeria are on the same page when it comes to many regional issues, including Libya and Tunisia, Foreign Minister Mevlüt Çavuşoğlu stated Saturday.

Speaking during a joint press conference with his Algerian counterpart Ramtan Lamamra, Çavuşoğlu congratulated the new foreign minister on his position and said that Lamamra's background will help contribute to peace and stability.

Çavuşoğlu noted that they have discussed all aspects of bilateral relations, stating: “We determined the road map on joint works that we can carry out in the upcoming period. During President Abdelmadjid Tebboune’s visit to our country, we will hold the High-level Strategic Cooperation Council and the Joint Economic Commission meetings.”

He added that the agreements are still being negotiated and will be finalized as soon as possible.

Turkey’s top diplomat stressed that both countries are striving to increase the bilateral trade volume to $5 billion (TL 42.62 billion).

“We will enhance our economic cooperation in every field. The number of Turkish companies here has surpassed 1,300,” Çavuşoğlu said, thanking Algeria for its support to the companies.

He stated that regional issues were also on the two diplomats' agendas.

“We held talks today on regional issues including Libya, Tunisia, the Sahel region and Africa. We consider Algeria’s role in regional peace and stability highly important. We agreed to work together on all these issues.”

Lamamra on Sunday tweeted: “Comprehensive discussions with my colleague Mevlüt Çavuşoğlu, during which we recorded with great satisfaction the progress made in achieving common goals related to the various dimensions of the strategic relations between Algeria and Turkey.”

Çavuşoğlu for his part tweeted that Turkey and Algeria will deepen relations while enhancing cooperation on regional issues.

Last month, Turkey voiced that it is "deeply concerned" about the suspension of Tunisia's parliament, which represents the "will of the people."

Tunisia faced its biggest crisis in a decade of democracy after President Kais Saied ousted the government and froze the activities of parliament, a move his foes labeled a coup that should be opposed on the street.

In a late statement, Saied invoked the constitution to dismiss Prime Minister Hichem Mechichi and froze parliament for 30 days, saying he would govern alongside a new premier.

The move came after a day of protests against the government and the biggest party in parliament, the moderate Ennahdha, following a spike in COVID-19 cases and growing anger over chronic political dysfunction and economic malaise.

It poses the greatest challenge yet to Tunisia after its 2011 revolution that triggered the Arab Spring and ousted an autocracy in favor of democratic rule but which failed to deliver sound governance or prosperity.

Following the developments, President Recep Tayyip Erdoğan and Tebboune had discussed the events in Tunisia in a phone call on July 30.

Turkey and Algeria also hold regular discussions on the Libyan conflict. Both are supporting the U.N.-led political process in the country that is expected to lead Libya to elections in December.

A transitional government was established earlier this year following an October cease-fire between the Tripoli-based U.N.-recognized Government of National Accord (GNA) and forces loyal to putschist Gen. Khalifa Haftar.

Another topic discussed by Çavuşoğlu and Lamamra was the Palestine issue. Lamamra stated that Algeria aims to continue to work alongside Turkey in the international area and in line with United Nations resolutions.

“Our only wish is for an independent Palestine with al-Quds as its capital to be established as soon as possible,” Lamamra said.