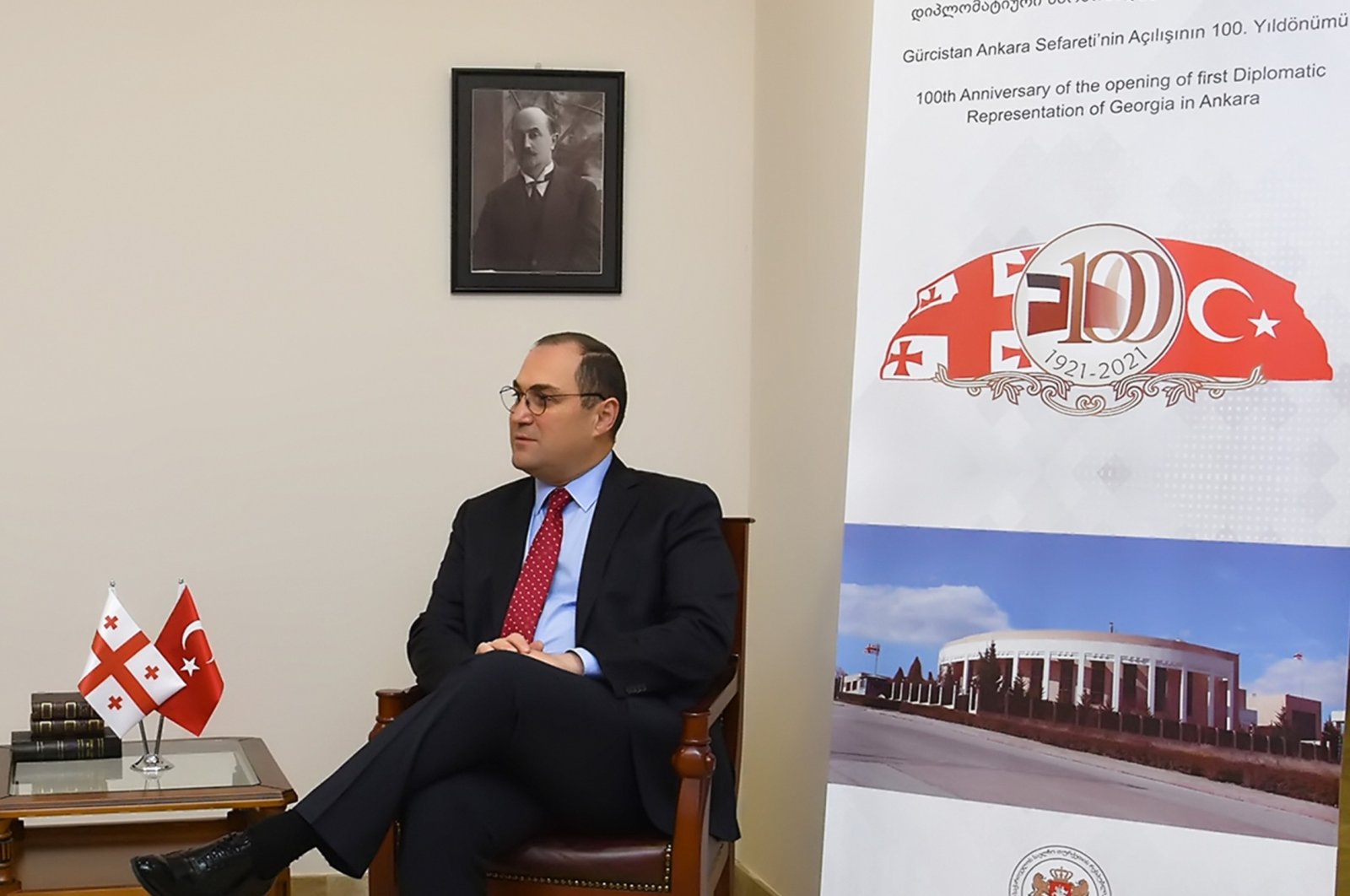 Speaking to Anadolu Agency (AA) on the 100th anniversary of the opening of the Georgian embassy, Janjgava recalled Georgian politician Simon Mdivani, who was the first envoy in Turkey and presented the letter of credence to the Turkish Parliament.

“Mdivani was proud for his whole life to be the first to congratulate the new ambassador of Turkey's independence,” he said.

Janjgava said that as a “friend and strategic partner,” Turkey has always supported Georgia’s territorial integrity, sovereignty, and its integration efforts, protecting the nation from external threats over the course of a century.

The ambassador noted the major projects both completed and ongoing in the field of energy, economy, trade and education thanks to the cooperation between the two countries.

He highlighted that the bond between Turkey and Georgia has been strengthened through the establishment of the High-Level Strategic Cooperation Council.

Another major project, the Baku-Tbilisi-Kars railroad, opened in 2017, connecting not just Turkey, Georgia and Azerbaijan, but also Europe to Central Asia and China. The 829-kilometer railway line, extending from Baku to Kars, complements a major part of the Middle Corridor with the Caspian Pass line.