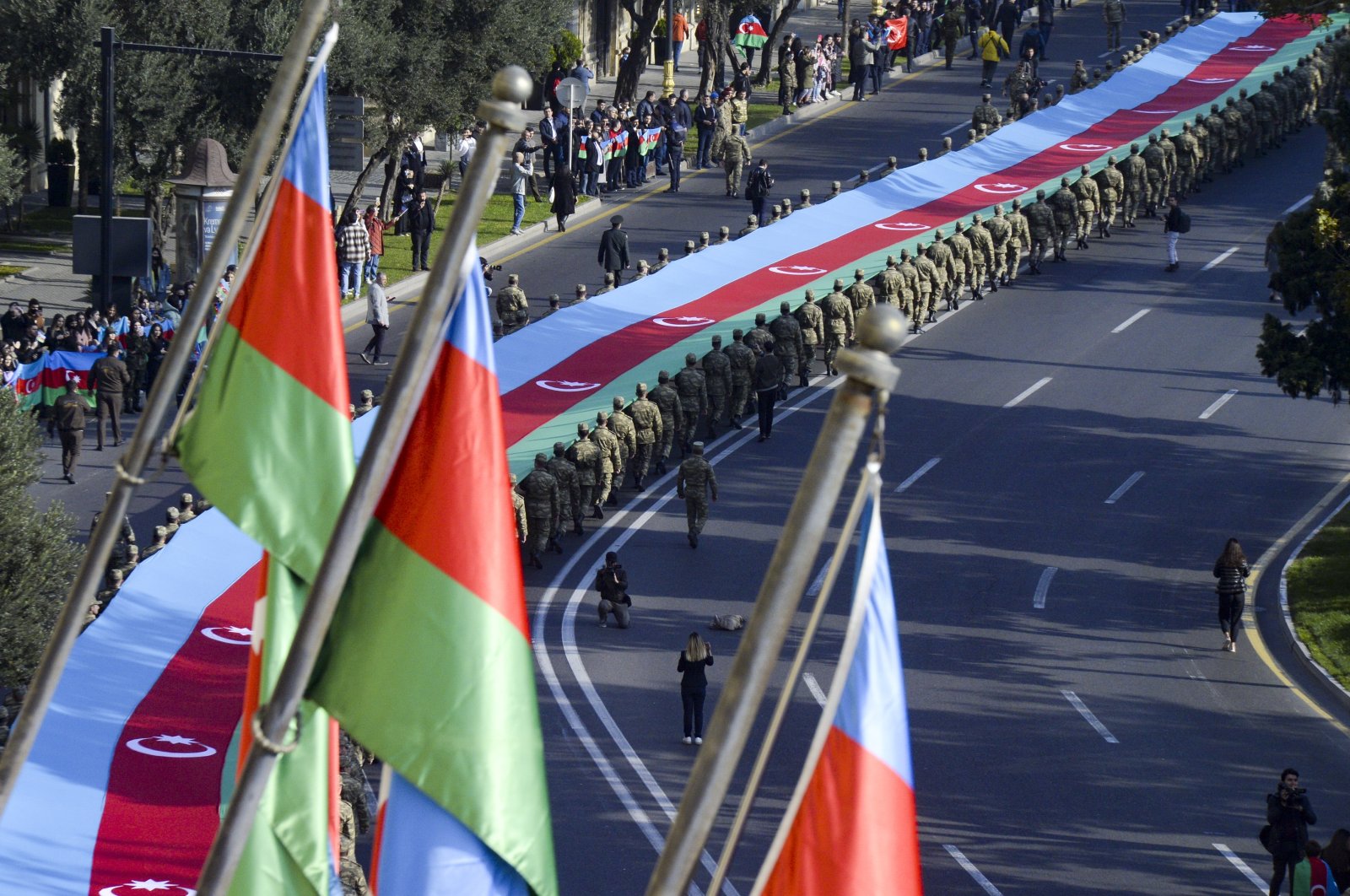 Hasanov informed Akar about the recent friction at the Armenian border, stressing that Armenia's "provocation was prevented," according to a statement by the Azerbaijani Defense Ministry.

Seven Azerbaijani service members were killed and 10 more were wounded in clashes with Armenia on the border between the two ex-Soviet nations, the ministry said Wednesday.

"The situation on the Azerbaijani-Armenian state border has stabilized since the evening of Nov. 16," the statement read. "The provocation and military adventurism committed by Armenia on the state border completely failed."

"We strongly condemn Armenia's continuing military provocations out of vengeance. The military-political leadership of Armenia is directly responsible for the escalation of the situation in the region and for preventing the implementation of the tripartite statement," Baku also said.

It added "all kinds of threats and military provocations against the territorial integrity of Azerbaijan within the internationally recognized borders" will be responded to accordingly.

In response, the Azerbaijani army launched an emergency operation, a statement said, adding that the movement of Armenian forces was blocked.

Armenian officials reported one casualty and said 13 of their troops were captured during Tuesday's hostilities, while 24 more have gone missing.

The fighting ceased on Tuesday evening after Russian Defense Minister Sergei Shoigu spoke on the phone with his Armenian and Azerbaijani counterparts and urged them to stop.

The Russian-brokered cease-fire was holding Wednesday at the Armenian-Azerbaijani border, officials said, a day after deadly clashes between the archrivals sparked fears of another flare-up in their territorial dispute.

Azerbaijan and Armenia took steps to stabilize the situation on their borders, said a statement by the Russian Defense Ministry later in the day.

It said the clashes in the region have ceased and the situation is currently back to normal and under control.

During a 44-day conflict that started in late September last year, Azerbaijan liberated several cities and 300 settlements and villages that were illegally occupied by Armenia for almost 30 years.

On Nov. 10, 2020, the two countries signed a Russian-brokered agreement to end the fighting and start working toward a comprehensive resolution of the dispute. The Russia-brokered truce allowed Azerbaijan to reclaim control over large parts of Nagorno-Karabakh and surrounding areas that Armenia occupied for nearly three decades.

The new clashes appear to be the worst outbreak of hostilities between the two countries since a six-week war last year over the region of Nagorno-Karabakh that killed some 6,600 people.

Tensions on the Armenia-Azerbaijan border have been building up since May, when Armenia protested what it described as an incursion by Azerbaijani troops into its territory. Azerbaijan has insisted that its soldiers were deployed to what it considers its territory in areas where the border has yet to be demarcated. Clashes have been reported ever since.

Armenia appealed to its Russian ally for military support under the Collective Security Treaty Organization pact, which obliges Moscow to protect it in the event of a foreign invasion.

"Given that there was an attack on Armenia's sovereign territory, we appeal to the Russian Federation to protect Armenia's territorial integrity," Armenia's Security Council Secretary Armen Grigoryan said Tuesday.

The same day, Russian President Vladimir Putin discussed the situation with Armenian Prime Minister Nikol Pashinian by phone, the Kremlin said in a statement, and agreed to "continue contacts" on the matter.

Before the cease-fire was announced, the European Union and the United Nations called on both sides to cease hostilities.

European Council President Charles Michel on Twitter called for a "full cease-fire," while the U.N. urged Baku and Yerevan to "exercise restraint."

EU chief Charles Michel urged the leaders of Armenia and Azerbaijan to call a “full cease-fire” after escalation on the border.

Michel, the president of the European Council, said he had spoken to President Ilham Aliyev of Azerbaijan and Prime Minister Nikol Pashinian of Armenia.

Michel did not apportion blame for the “challenging situation in the region,” but demanded an “urgent de-escalation and full cease-fire.”

“EU is committed to work with partners to overcome tensions for a prosperous and stable South Caucasus,” he tweeted.

At the U.N., deputy spokesperson Farhan Haq said: "We urge all sides to exercise restraint ... and address any related concerns peacefully through dialogue."

"We want to avoid any return to the sort of escalation we had earlier," Haq added.

The French Foreign Ministry in a statement expressed its "deep concern" and called on all parties to respect the agreements that were reached in November 2020.