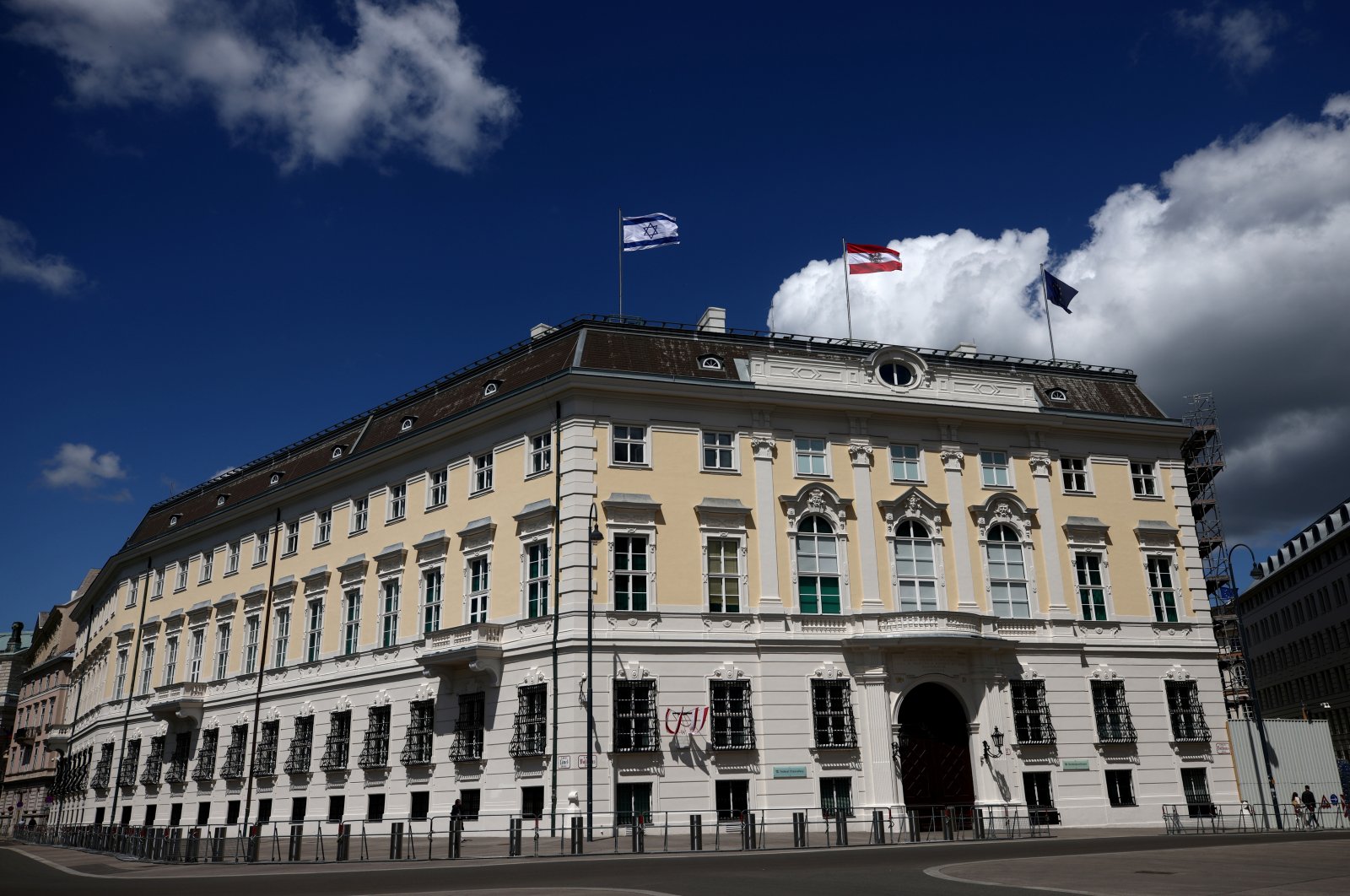 Israel and Austria's national flags are displayed atop the federal chancellery in Vienna, Austria, May 16, 2021. (REUTERS Photo)
by daily sabah May 18, 2021 4:06 pm
RECOMMENDED

Tensions rose between Turkey and Austria after the latter flew the Israeli flag over government buildings as a signal of solidarity with Tel Aviv, which has been stepping up its attacks on Palestinians.

Turkish President Recep Tayyip Erdoğan after his cabinet meeting on Monday condemned Austria for flying an Israeli flag on its Chancellery building.

The Israeli flag was raised over the chancellery and foreign ministry buildings in Vienna on Friday.

"Flying a flag of a terrorist state from an official building amounts to living under the projection of terrorism. The Austrian state seems to be trying to make Muslims pay for genocide to which it subjected Jews," he said while the Turkish Foreign Ministry condemned the statement of a senior Austrian official concerning the president and the protests of Israeli aggression against Palestinians.

"We reject and condemn the unfounded statements made by the Interior Minister of Austria about our country and President concerning the protests carried out in Vienna against Israel's atrocities on Palestinians," said ministry spokesperson Tanju Bilgiç.

Hundreds of Palestinian protesters were injured in renewed attacks by Israeli police in the occupied East Jerusalem holy site Al-Aqsa Mosque after days of raids and attacks against peaceful worshippers during the month of Ramadan.