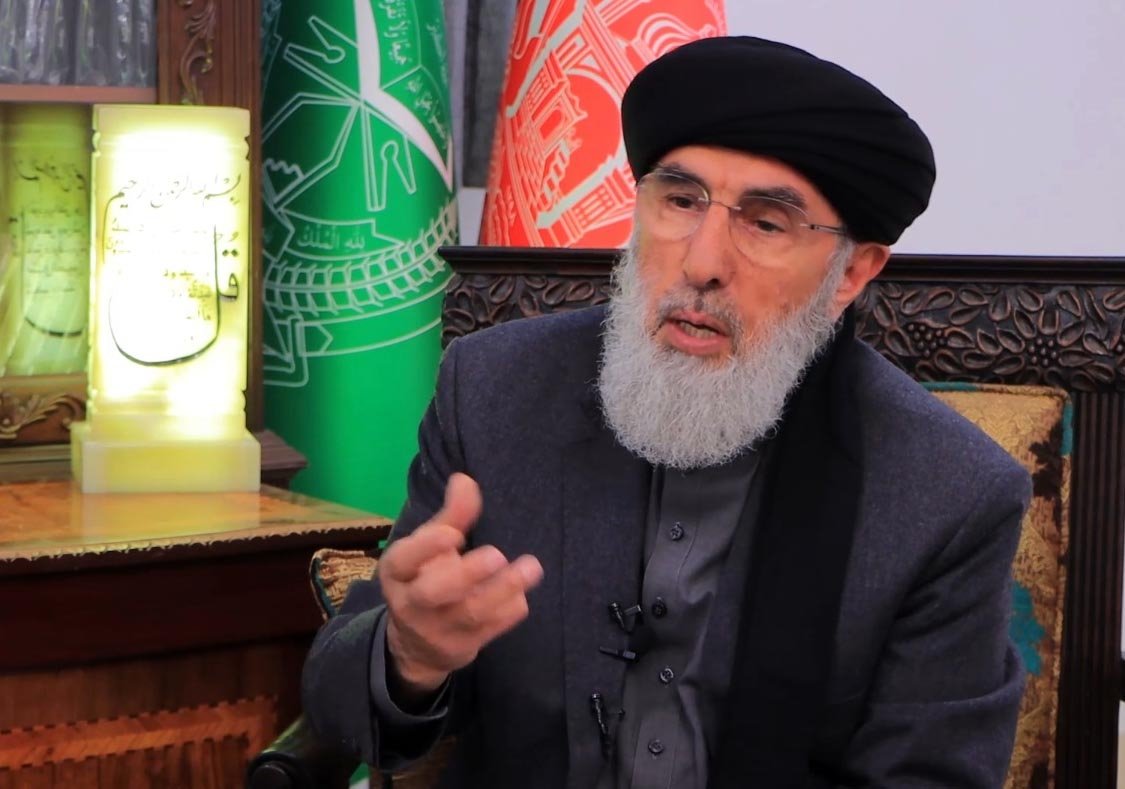 Turkey is the best option to host the upcoming Afghan peace talks since it is an independent and impartial country, said the leader of Afghanistan's Hezb-e Islami political party Wednesday.

Speaking to the Anadolu Agency (AA), Gulbuddin Hekmatyar underlined that there are deep-rooted amicable ties between the Turkish and Afghan people, adding that the two nations have many common features.

Despite the U.S. efforts to move the peace talks from Qatar's Doha to a European country, Hekmatyar said that they insisted on Istanbul as an option considering Turkey's potential positive impact on peace.

Accusing certain European countries of being responsible for the current situation in Afghanistan, he said that it would not be practical for them to host the peace talks.

Underlining that Afghanistan has been going through a very difficult period, Hekmatyar said that the conference in Istanbul will be very important to end the conflict in the war-torn country at a very sensitive time.

"Turkey is in a very good preparation process for the peace conference. It contacts different sides and influential parties. The Ankara administration has proved that its determination for this conference to result clearly," he said expressing his wishes for the conference to have concrete positive results unlike the previous talks in Doha and Moscow.

According to Hekmatyar, it is very important which actors are invited to the Istanbul conference. He said that influential actors in the country must be invited and every participant must come to Istanbul with clear plans.

Last month it was reported that U.S. Secretary of State Antony Blinken sent a letter to Afghanistan's President Ashraf Ghani which stated that Turkey would be asked to host a senior-level intra-Afghan peace meeting in the near future to finalize a peace agreement. Following the news, Turkey expressed its readiness to take part in mediation efforts to establish peace in Afghanistan and the region.

Regarding the U.S.' recent offer to the Turkish government to host a senior-level meeting between Afghan government representatives and the Taliban in the coming weeks to finalize a peace agreement, Çavuşoğlu noted that Turkey had been involved in the process since the beginning, adding that he believes that Turkey will contribute significantly to the meeting, which is set to be held in Istanbul this month.

The U.S. is supposed to withdraw its military from Afghanistan by May 1 as part of a deal with the Taliban – a deadline U.S. President Joe Biden recently said would be "tough" to meet, as a surge in fighting has sparked concerns that a speedy exit from the country may unleash greater chaos. While Washington is looking for support among regional powers for its peace plans, it also wants to jump-start the peace process and get the Taliban and the Afghan government to agree on some form of power-sharing.

The U.S. invaded Afghanistan in 2001, following the Sept. 11 terrorist attacks masterminded by al-Qaida leader Osama bin Laden, who was sheltered by the Taliban. The invasion toppled the Taliban regime, but the 20-year war has made Afghanistan the U.S.' longest conflict. The U.S. involvement and consequential conflicts have cost the lives of over 100,000 civilians and forced millions to flee their homes. The U.N. has repeatedly urged that opportunities for peace in the region should be seized. Despite the U.S. spending nearly $1 trillion (TL 7.22 trillion), al-Qaida is still present in Afghanistan, and an affiliate of the extremist group has taken root in the east of the country. Many Afghans fear the withdrawal of U.S. and NATO troops could lead to an upsurge in fighting between the country's rival factions. The Taliban now control about half of the country. Blinken has warned that the insurgents could make even more gains without U.S. and NATO troops on the ground.