Turkey blasts US over release of Armenian terrorist Sassounian 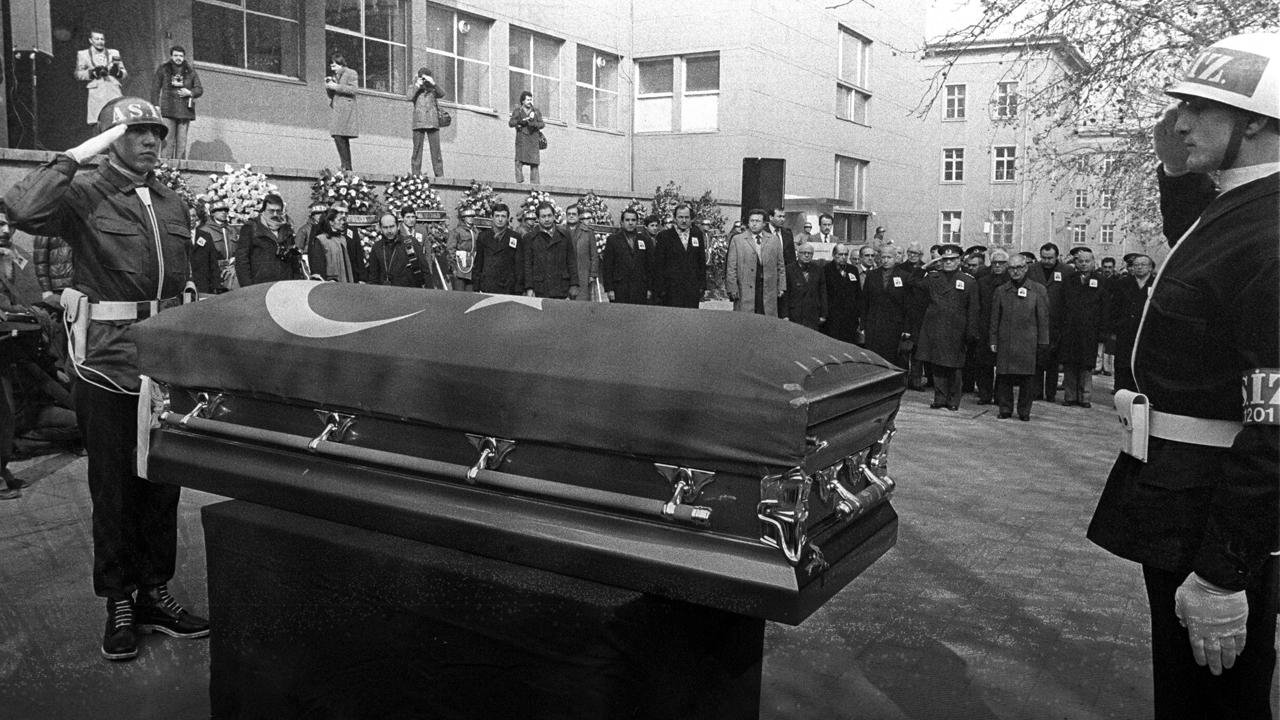 Turkey "strongly" condemned California Gov. Gavin Newsom's decision not to try to halt the planned release of an Armenian terrorist jailed for the 1982 murder of the Turkish consul in Los Angeles.

The release of the man convicted in the 1982 assassination of Turkey's consul general "will set a dangerous precedent that will only embolden violent extremists," Turkey's Los Angeles Consul General Can Oğuz said Thursday, as the Foreign Ministry also released a statement condemning the decision.

"It is a deplorable decision based on petty political considerations. Not appealing the court's order overturning the veto of Hampig Sassounian's release is an utter and reckless disregard for the fundamental principles of the law," Oğuz said in a statement.

Hampig Sassounian, an Armenian immigrant who was living in the suburbs of Los Angeles, was jailed in 1984 for opening fire on Consul General Kemal Arıkan after he stopped at a traffic light on Jan. 28, 1982. In 2002, Sassounian signed a declaration renouncing terrorism, was sentenced to life in prison and required to serve a minimum of 25 years. His application for parole had been repeatedly denied until a Los Angeles judge granted it last month.

"This is a sad day for Kemal Arıkan's family, the people of Turkey and the international fight against terrorism," Oğuz said.

"Following the decision of Los Angeles County Superior Court that paved the way for the release of Armenian terrorist Hampig Sassounian who had murdered Kemal Arıkan, the consul general of the Republic of Turkey in Los Angeles, California Gov. Gavin Newsom stated that he would not appeal this decision. We strongly condemn this approach, that deeply hurts the conscience of the Turkish nation," the Ministry of Foreign Affairs also said.

"This grave decision that could not be reversed despite all attempts of the U.S. administration is in conflict with the universal principles of law and the understanding of justice. Fifty-eight Turkish citizens, including 31 diplomats, have lost their lives as a result of the attacks perpetrated by Armenian terrorist organizations. In a period when hate crimes are on the rise and international solidarity is most needed, the release of a brutal murderer with political motivations harms the spirit of cooperation in the fight against terrorism," the ministry added.

"This murder, which was heinously committed by the terrorist Sassounian, who has never shown a sign of remorse during his 38 years of incarceration, will never be forgotten as a crime that represents a sick and distorted ideology. On this occasion, we commemorate with respect our martyred diplomat Kemal Arıkan and all our martyrs who lost their lives in the attacks of Armenian terrorist organizations," the statement by the ministry concluded.

"Attacking a diplomat is not only a grave crime against a particular individual, but it is also an attack on diplomacy itself," Blinken said in a statement.

The top U.S. diplomat noted that the U.S. has long advocated that those who assassinate diplomats receive the maximum sentence possible and that they serve those sentences without parole or early release.

"We again offer our deepest condolences to the family of Mr. Arıkan and our colleagues at Turkey's Ministry of Foreign Affairs for their loss," Blinken said.

Previous judicial rulings to release Sassounian on parole were blocked by California's governors, including incumbent Newsom who rejected his eligibility. However, Newsom reversed course, announcing he will not appeal the Los Angeles County Superior Court's decision for Sassounian's release.

Founded in 1975 in Beirut, Lebanon, during the Lebanese Civil War, ASALA is responsible for hundreds of bloody terrorist acts. While the Marxist-Leninist ASALA not only targeted Turkey but also other countries and became infamous for a 1975 bombing on the Beirut office of the World Council of Churches, the nationalistic JCAG has only targeted Turkey because it believed that attacking other countries would damage the so-called "Armenian struggle."

Armenian terrorist attacks intensified from 1980 to 1983, when 580 of the 699 attacks – over 80% – occurred. The attack at Esenboğa airport in the Turkish capital Ankara on Aug. 7, 1982, was one of the most notorious attacks by ASALA, as the group targeted civilians for the first time. Nine people died and over 80 were injured when two terrorists opened fire in a crowded passenger waiting area at the airport.

The 1981 and 1983 Paris attacks are among the group's other notable acts. ASALA terrorists held 56 people hostage for 15 hours during the Turkish Consulate attack in 1981, while a suitcase bomb killed eight people – most of them non-Turks – in 1983 at a Turkish Airlines check-in desk at Paris' Orly Airport. According to some Turkish officials, after the Orly attack, the group lost much of its support and financial backing from the Armenian diaspora and had to dissolve. The terrorist attacks ended in 1986, according to the Armenian study on terrorism.