Turkey calls on Greece to respect rights of Muslim students 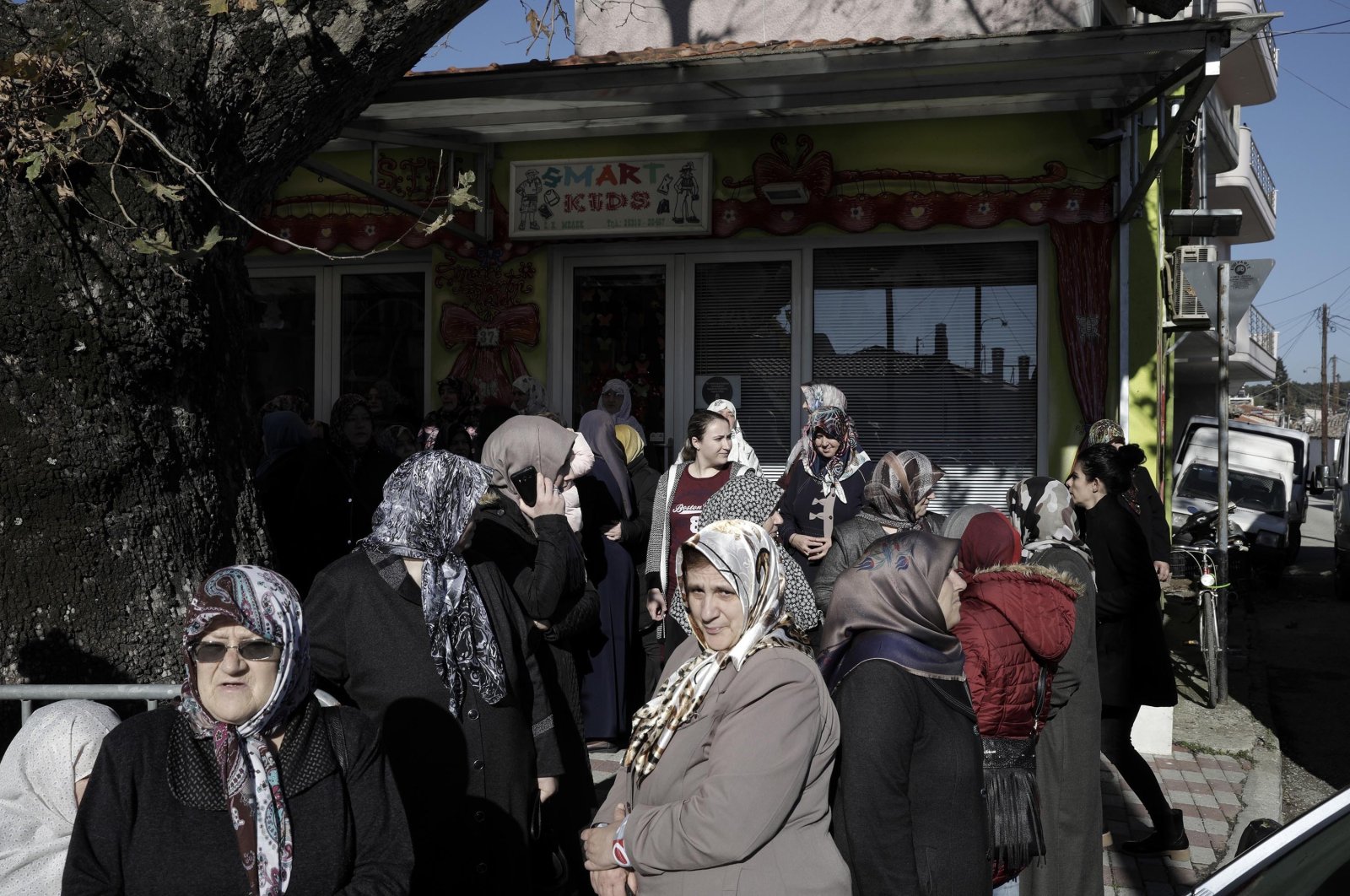 Residents of the Muslim community wait for the arrival of President Recep Tayyip Erdoğan in Komotini (Gümülcine), Greece, Dec. 8, 2017. (Getty Images)
by DAILY SABAH WITH AA Sep 24, 2021 10:41 am
RECOMMENDED

In response to another rights violation against the Turkish minority in Western Thrace by Greece, Turkey urged its neighbor early Friday to cancel a circular restricting Muslim students and teachers from performing their religious duties.

In a Twitter post, the Turkish Foreign Ministry invited Greek authorities to "reverse the decision that restricts the students and teachers that go to the elementary schools of Turkish minorities in Western Thrace from performing their religious obligations."

The recently issued circular is a step toward restricting freedom of religion and conscience, the Western Thrace Turkish Minority Advisory Board said in a statement.

The board said the practice in Rhodope and Evros prefectures is against the law and "is cunning, to say the least, if not a snide attitude."

"We call on all authorities to respect our sensitivities and to make the arrangements that take these sensitivities into consideration at once," it added.

Dating back centuries, a population of 150,000 Muslim Turks live mainly in the Komotini (Gümülcine) and Xanthi (İskeçe) areas in Greece's Western Thrace region. The election of muftis, or Islamic clerics, by Muslims in Greece is regulated by the 1913 Treaty of Athens, a Greek-Ottoman Empire pact that was implemented by Athens in 1920. But in 1991, in violation of international law, Greece annulled its law regarding the 1913 treaty and unlawfully started to appoint muftis. The muftis appointed by the Greek state have since usurped local Muslims' rights of jurisdiction on family and inheritance matters. Most Turks in Western Thrace do not recognize muftis appointed by the Greek state and instead rightfully elect their own muftis. However, since 1991, the Greek state has refused to recognize the elected muftis, and authorities have even put clerics on trial.

Turkey has long decried Greek violations of the rights of its Muslim and Turkish minority, from the closing down of mosques and letting historic mosques fall into disrepair, to refusing to allow local associations to use "Turkish" in their name.

These measures violate the 1923 Treaty of Lausanne, as well as European Court of Human Rights (ECtHR) verdicts, making Greece a state that flouts the law, say Turkish officials.

Meanwhile, Turkey Thursday remembered the 1821 Tripolice massacre where thousands of Turks were killed in the central Peloponnese in Greece.

Marking the 200th anniversary of the massacre, the Foreign Ministry said tens of thousands of Turks were "brutally murdered" in Tripolice when the administrative center of the Peloponnese was besieged by Greek rebels in 1821.

"This inhumane massacre, which aimed to not let a single Turk survive in the Peloponnese, has been written as a black mark in history," it said on Twitter.

Those who make the mistake of educating others by distorting the facts at every opportunity should know that their atrocities can never be forgotten, and they should face the facts sincerely, the ministry added.

Tripolice was the administrative center of the Peloponnese province in the southern region of Greece and was ruled by the Ottoman Empire since the end of the 14th century. In the three days following the city's capture, Muslims, alongside Jewish and Christian supporters of the Ottoman regime inhabiting Tripolice, were exterminated.

There are testimonies by many European soldiers, historians and Greek leaders about the massacre of the Turks in the city by not complying with an agreement the Greeks made with representatives of the Muslims in Tripolice to freely leave the city. Instead, when Greek insurgents entered, they began the killing. It is estimated that as many as 25,000 Turkish Muslims were killed.