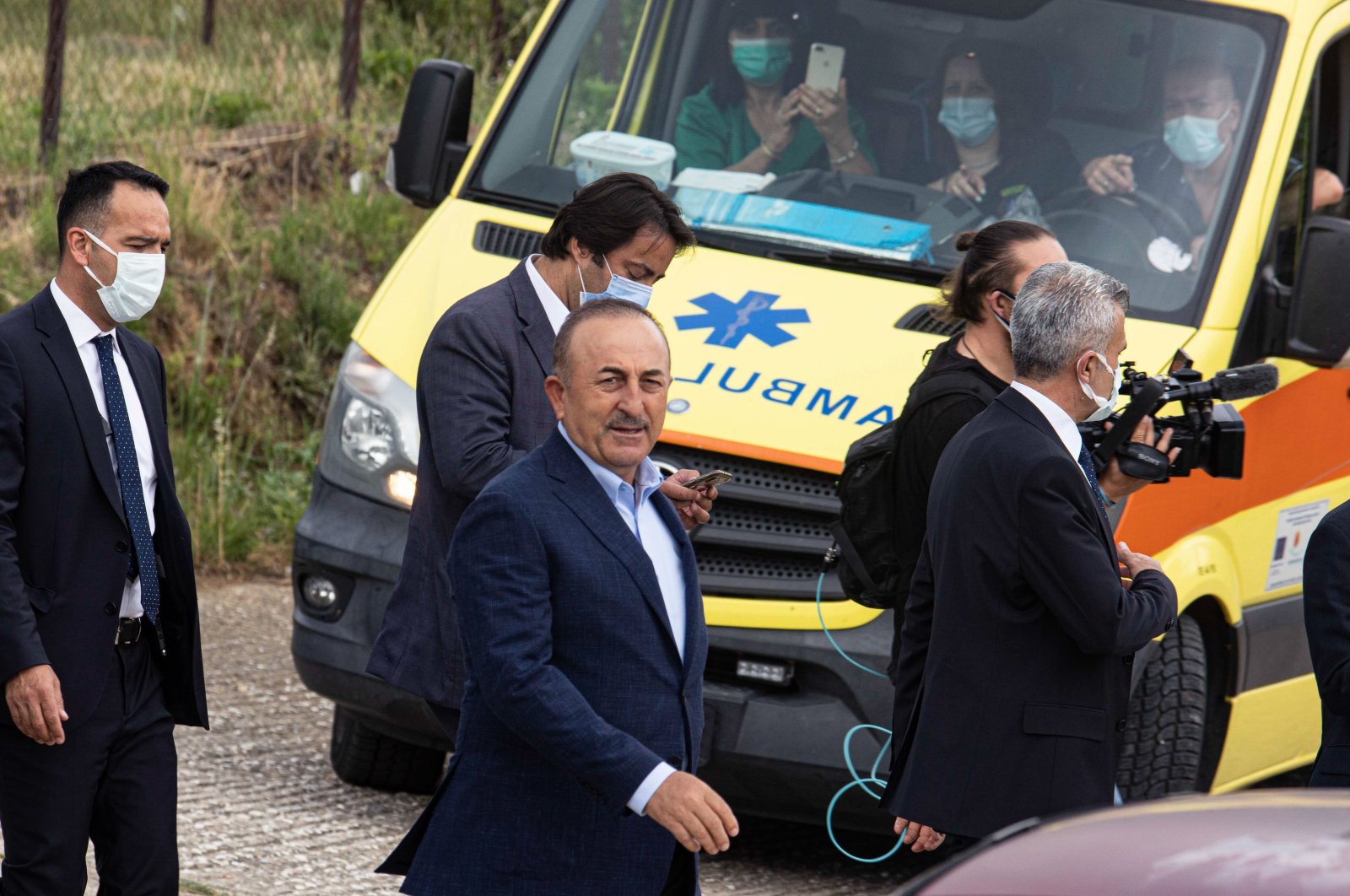 Foreign Minister Mevlüt Çavuşoğlu in Komotini (Gümülcine) as a private visit during his official visit in Greece, May 30, 2021. (Getty Images)
by DAILY SABAH WITH AA Sep 05, 2021 11:14 am
RECOMMENDED

Çavuşoğlu released the statement on Twitter after Ibrahim Şerif, the chairperson of the Western Thrace Turkish Minority Advisory Board and elected mufti of Gümülcine (Komotini), shared on Twitter that he is being put on trial for alleged "usurpation of office" over a religious ceremony he attended five years ago.

Decrying the recent decision by the Greek court, Çavuşoğlu said: "We stand by our kin in the protection of their rights arising from the Treaty of Lausanne and religious freedoms."

In a recent visit to Western Thrace, Çavuşoğlu said that “the work of the Muftis contributes greatly to the preservation and strengthening of the unity and solidarity of the Turkish minority."

As Çavuşoğlu noted during his joint press conference with his Greek counterpart Nikos Dendias in April, Greece fails to recognize Turkish Muslims as Turkish Muslims.

Turkey in June also condemned a recent Greek court decision to sentence the elected mufti of Iskeçe (Xanthi) in Greece’s Western Thrace to 15 months in prison, describing the decision as "another manifestation of the legal pressure and intimidation policies by Greece against the Western Thrace Turkish Minority's elected Muftis by their own will."

Turkey expressed hope for the "unfair decision" to be corrected in the later stages of the legal process.

"We invite Greece once again to put an end to its oppressive practices that violate the fundamental rights and freedoms of the Western Thrace Turkish Minority and its elected Muftis," it added.

Dating back centuries, a population of 150,000 Muslim Turks live mainly in the Komotini and Xanthi areas in Greece's Western Thrace region.

Turkey has long decried Greek violations of the rights of its Muslim and Turkish minority, from the closing down of mosques and letting historic mosques fall into disrepair to refusing to allow local groups to use "Turkish" in their name.

These measures violate the 1923 Treaty of Lausanne, as well as European Court of Human Rights (ECtHR) verdicts, making Greece a state that flouts the law, say Turkish officials.