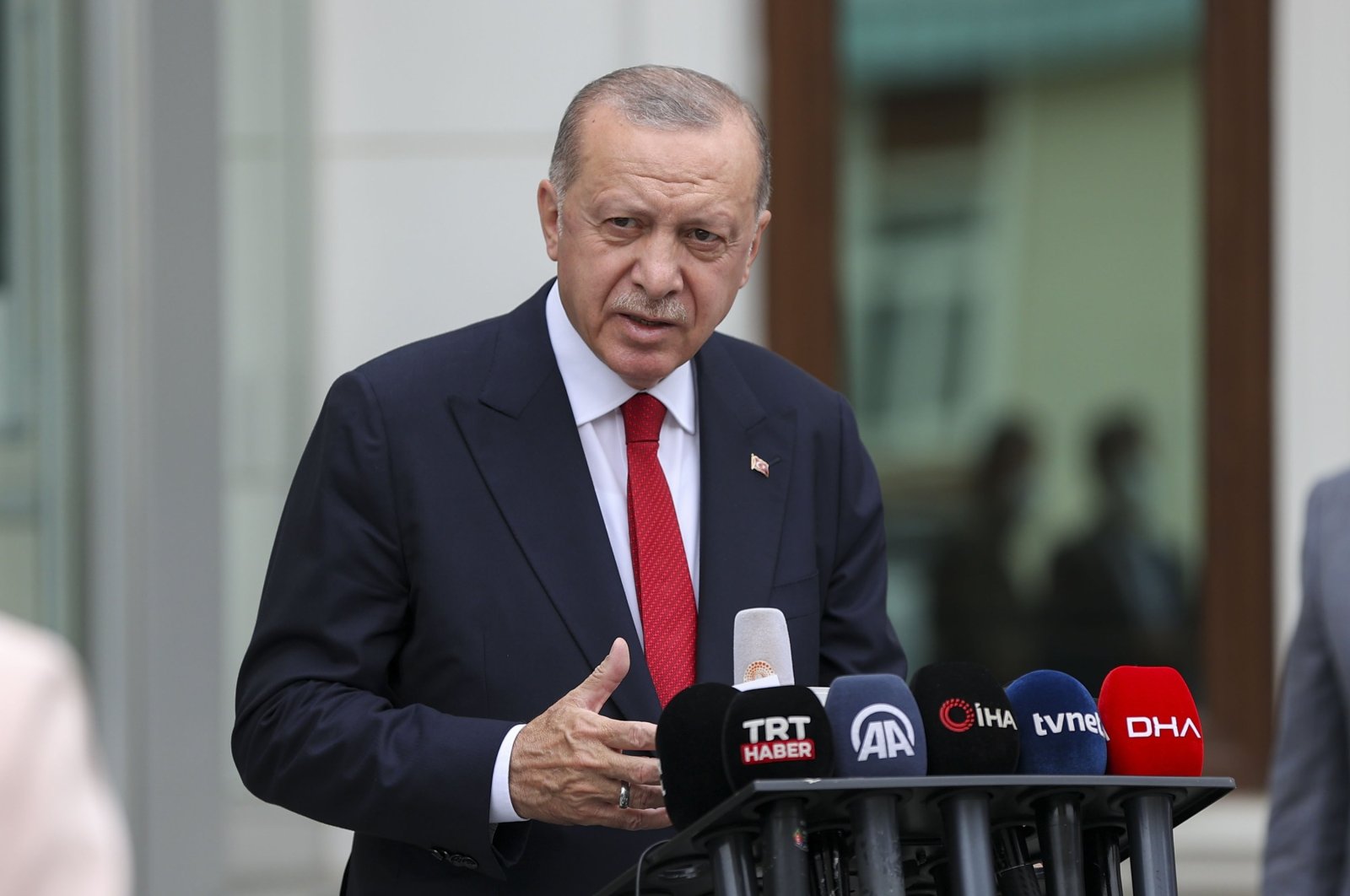 President Recep Tayyip Erdoğan said Turkey cannot ignore atrocities around the world, as he touched upon the dire situation in Afghanistan following the withdrawal of U.S. forces, which paved the way for Taliban militants to take over the administration.

"Technology should bring about peace, not wars; If mothers in Afghanistan are forced to hand over their babies to foreign troops over barbed wires, how can the conscience remain silent?" he said.

The president's remarks came in response to tragic scenes from Kabul airport, where parents were forced to hand their children and babies to troops over barbed wire in the face of turmoil in the country. The airport in Kabul has been gripped by chaos as U.S.-led troops try to maintain a secure perimeter for evacuation flights, surrounded by desperate Afghans. Some have foreign passports, visas or eligibility to travel, but most do not. At least eight people have died in the chaos.

Many Afghans fear a repeat of the brutal five-year Taliban regime that was toppled in 2001. There is the real threat of violent retribution for working with foreign militaries, Western missions and the previous U.S.-backed government. Washington and its allies have been flying out thousands of such Afghans every day on hulking military transports, but it has become an increasingly difficult and desperate task.

The United Nations recently warned that up to half a million people from Afghanistan could be forced to flee their homeland by the end of 2021 amid ongoing turmoil in the country following the takeover by Taliban militants.