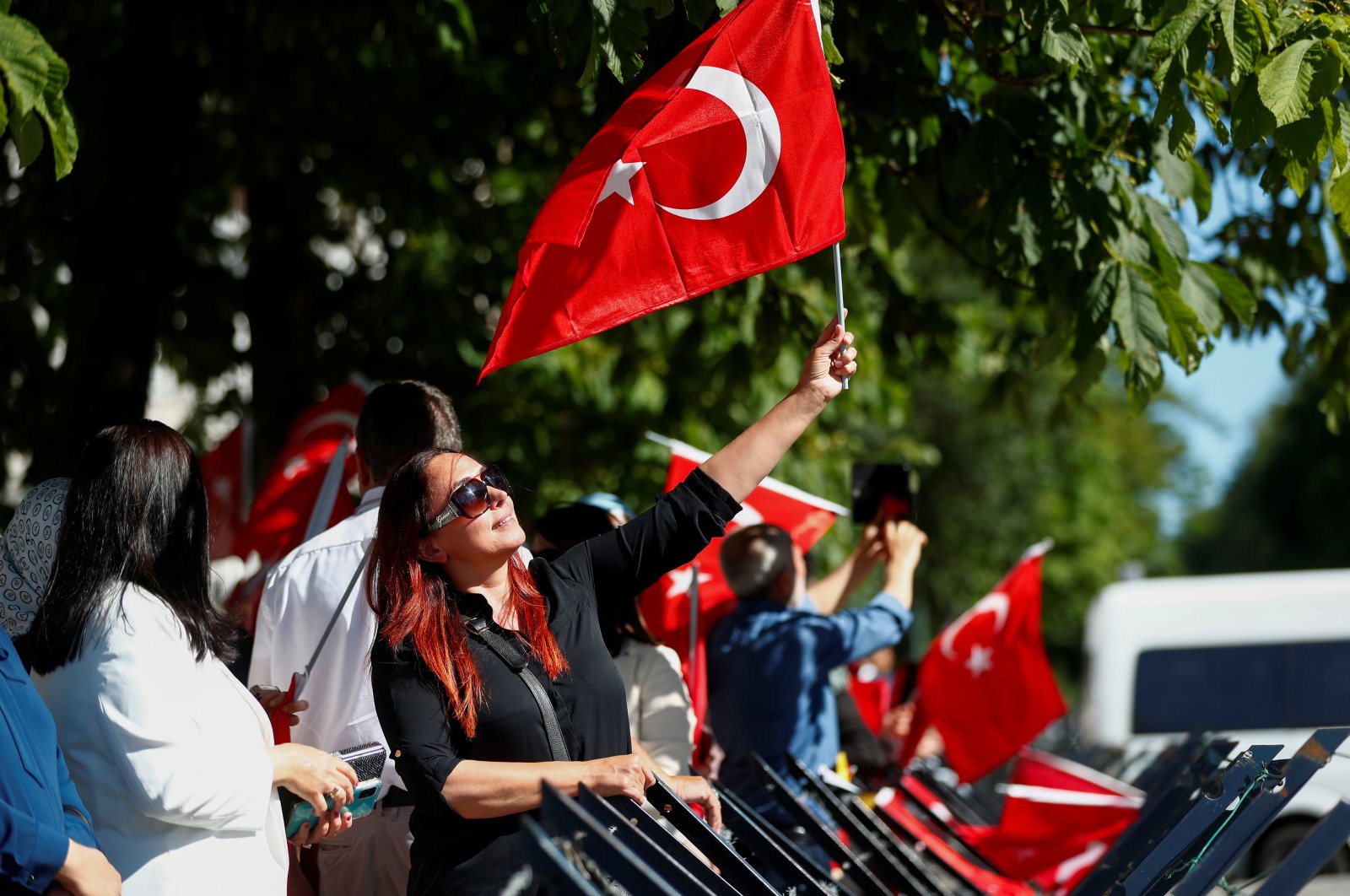 A supporter of President Recep Tayyip Erdoğan holds a flag while waiting in front of his hotel in Brussels, Belgium, June 13, 2021. (Reuters File Photo)
by Anadolu Agency Jul 06, 2021 9:10 pm

Turkey on Tuesday strongly condemned an attempt by supporters of putschist Gen. Khalifa Haftar to desecrate the Turkish flag in Tobruk, Libya, describing the incident as a "heinous act."

"We strongly condemn the ugly action against our flag in front of the temporary building of the House of Representatives during the budget negotiations held on July 5, 2021 in Tobruk, Libya," Foreign Ministry spokesperson Tanju Bilgiç said in a statement.

"Immediately after learning of the heinous act, our Tripoli Embassy made the necessary written and verbal initiatives before the Libyan Ministry of Foreign Affairs and demanded that necessary measures be taken to prevent such provocations and to prevent similar incidents from recurring," Bilgiç continued.

He noted that the act clearly intended to target the Turkish-Libyan friendship.

"This attack on our flag, which represents our independence and sacred values, will never achieve its goal," he said, adding that the necessary response will be given by "the friendly and brotherly Libyan people before anyone else."

In an act of provocation, on Monday Haftar supporters lay Turkish flags on a road that Libyan Prime Minister Abdul Hamid Mohammed Dbeibah's convoy was set to use during his visit to Tobruk.