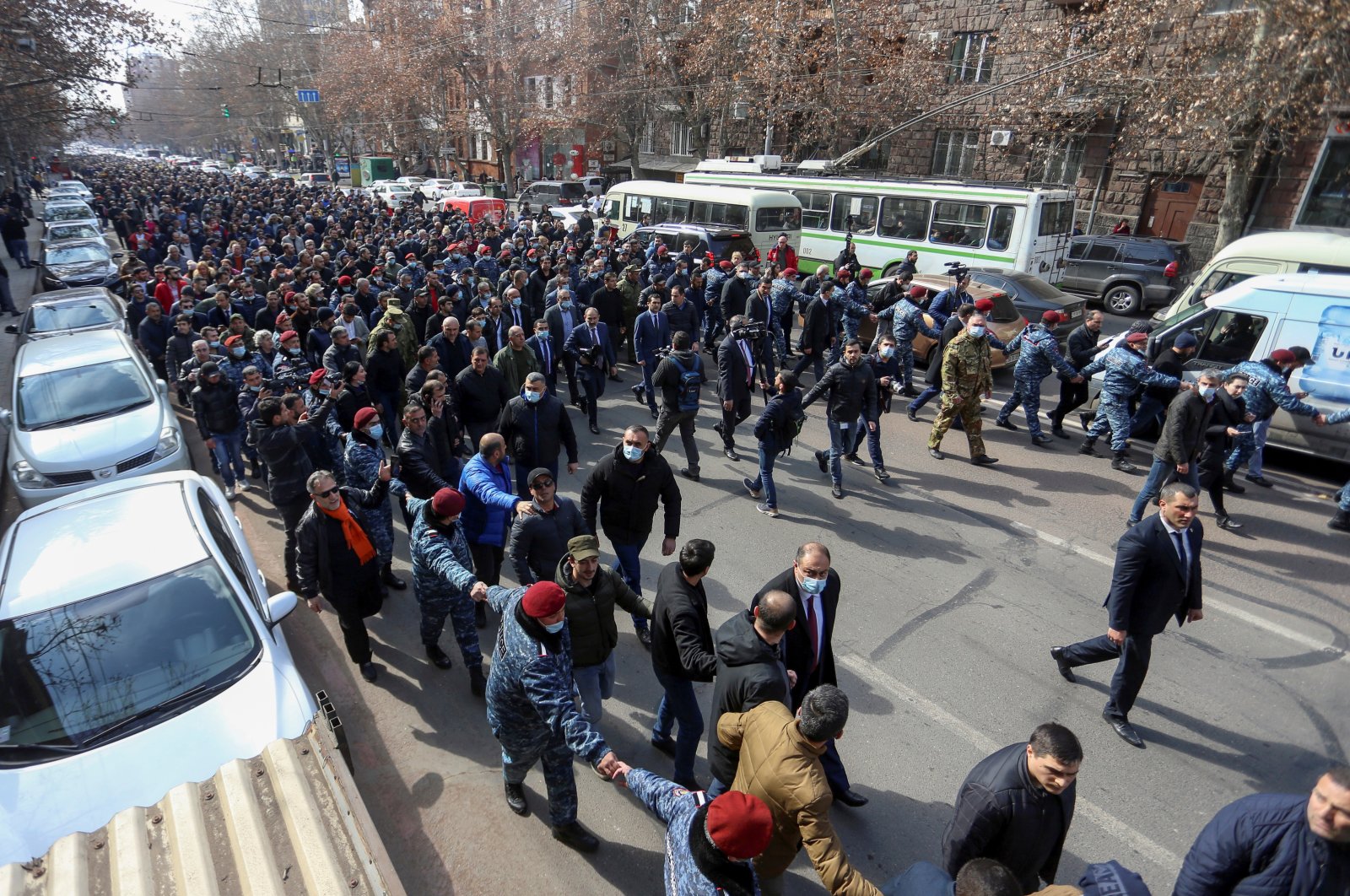 Foreign Minister Mevlüt Çavuşoğlu on Thursday stated that as a country that "opposes any types of coups, no matter what – Turkey condemns the coup attempt in Armenia."

"We are against coups and coup attempts wherever in the world," Çavuşoğlu stated during a joint press conference with his Hungarian counterpart Peter Szijjarto in Budapest. He added that the Caucasus has gained a chance for stability and peace that must not be missed.

“We view the unfolding situation as a coup attempt and unequivocally condemn it. Turkey always sides with democracy and the free will of citizens – wherever in the world they may come under attack,” Altun wrote on Twitter.

Pashinyan called the military's statement a "military coup attempt” and ordered the firing of the chief of the General Staff. He urged the military to only listen to his orders and called on his supporters to take to the streets and back him.