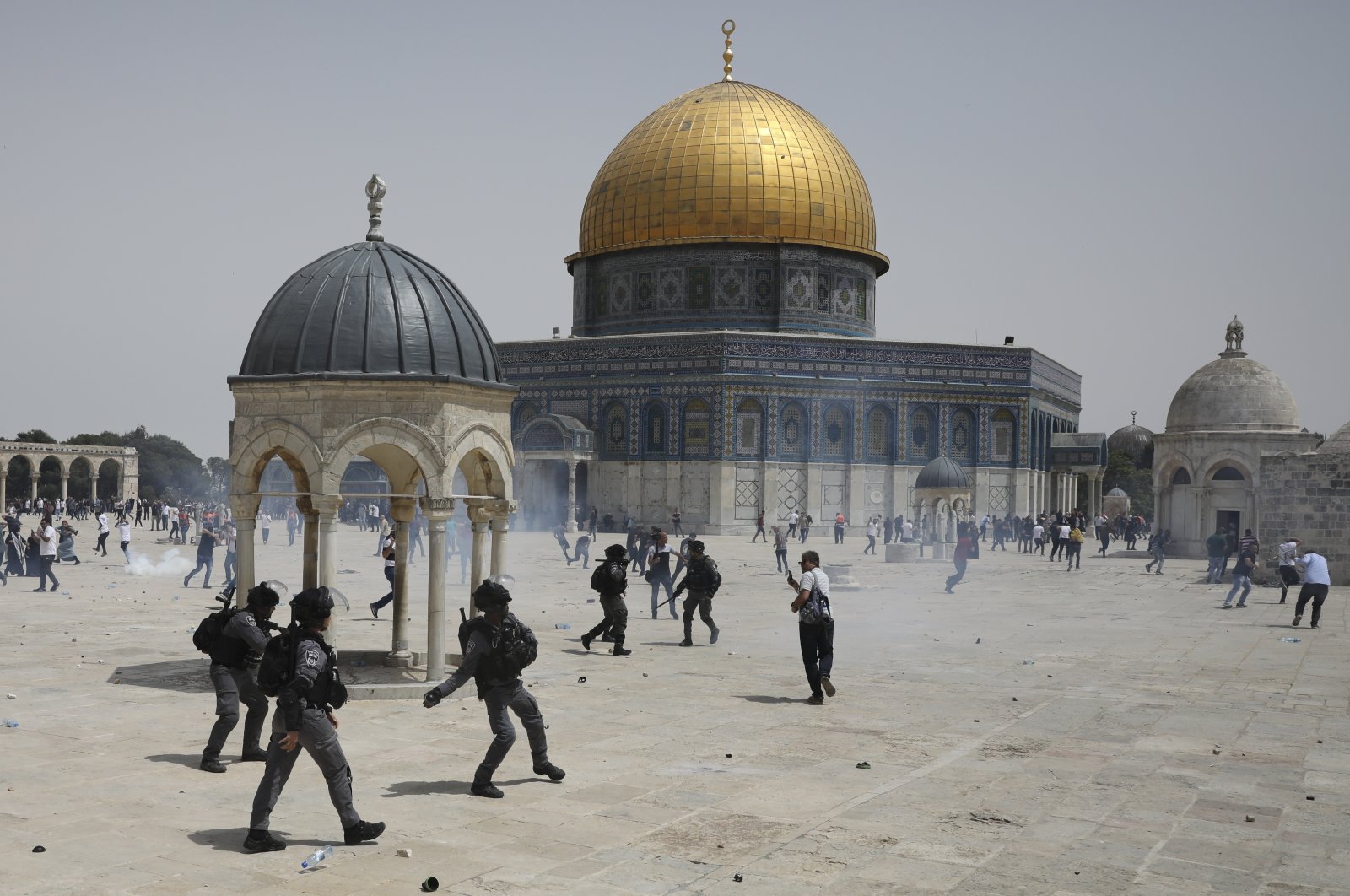 Palestinians run from sound grenades thrown by Israeli police in front of the Dome of the Rock in the al-Aqsa mosque complex in Jerusalem, Friday, May 21, 202, as a cease-fire took effect between Hamas and Israel after an 11-day war. (AP Photo)
by DAILY SABAH May 21, 2021 7:44 pm
RECOMMENDED

“We strongly condemn Israel’s attacks against the congregation after Friday prayers at Al-Aqsa Mosque, the first qibla of Muslims, despite the cease-fire that went into effect yesterday,” Altun said in a statement, adding that Israel has shown its true face by not abiding by the terms of the cease-fire.

He continued by saying that Israel had attacked civilians shortly after announcing a cease-fire in 2008, 2009, 2012, 2014 and 2018, resulting in the deaths of innocent people, as he criticized Tel Aviv for its ethnic cleansing and systematic expansionist policies.

“As Turkey, we will continue to stand by our Palestinian siblings and will be following the cease-fire’s sustainability and violations,” Altun said, adding that Turkey will also strive to find a permanent solution to the problems in occupied Palestinian lands.

Israel occupied East Jerusalem, where Al-Aqsa is located, during the 1967 Six-Day War. In 1980 it annexed the entire city, a move never recognized by the international community.