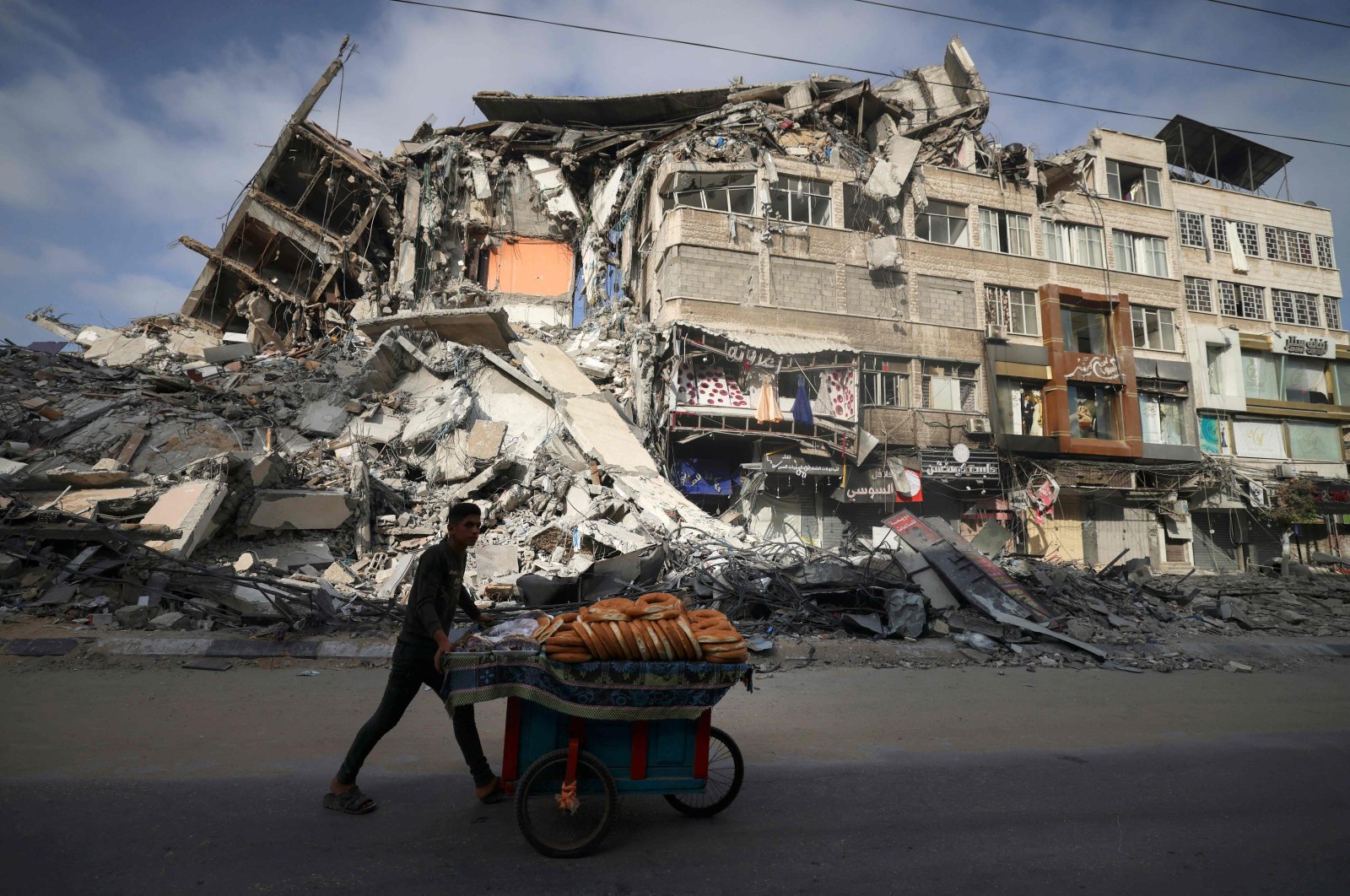 Israel on Thursday announced a cease-fire to end the 11-day military offensive in the Gaza Strip that left hundreds dead and caused widespread destruction.

The Israeli cabinet said it had voted unanimously in favor of a "mutual and unconditional" Gaza truce.

Hamas official told Reuters that the cease-fire would be "mutual and simultaneous" and would begin at 2 a.m. local time on Friday.

The development came after pressure mounted to end the bloodshed and a day after U.S. President Joe Biden urged Netanyahu to seek de-escalation, and amid mediation bids by Egypt, Qatar and the United Nations.

"Israel failed to achieve any goals of its aggression, fled from battle with Palestinian resistance," Hamas spokesperson Sami Abu Zuhri was cited as saying by Anadolu Agency (AA).

The total casualties in Israel as of Thursday were 12 deaths, including two children, and 796 injuries.

Ali Barakeh, a member of Hamas, told The Associated Press (AP) that Israel’s declaration represents a defeat for Netanyahu and “a victory to the Palestinian people.”

Barakeh said they would remain on alert until they hear from mediators who have been working for days between Hamas and Israel.

Heavy-handed police tactics at the compound and the threatened eviction of dozens of Palestinian families by Jewish settlers had inflamed tensions.

Since then, Israel has launched hundreds of airstrikes that it says have targeted Hamas’ infrastructure. Hamas and other groups embedded in residential areas have fired over 4,000 rockets at Israeli cities.

Gaza’s housing ministry said on Thursday that 16,800 housing units had been damaged. Of those, 1,800 had become unfit for living and 1,000 were destroyed completely.

Advocacy group Save the Children said the Israeli bombing has damaged over 50 schools across the territory, completely destroying at least six. While repairs are done, education will be disrupted for nearly 42,000 children.

The attacks have also damaged at least 18 hospitals and clinics and destroyed one health facility, the World Health Organization (WHO) said. Nearly half of all essential drugs have run out.

U.N. Secretary-General Antonio Guterres said he was "deeply shocked" by the continued air and artillery bombardment by Israeli Defense Forces (IDF) in Gaza Strip and called for an immediate cease-fire.

"If there is hell on earth, it is the lives of children in Gaza," Guterres told the U.N. General Assembly's special session on the situation in Palestine and Israel on Thursday.

Biden on Wednesday told Netanyahu that he expected "a significant de-escalation." He had previously avoided pressing Israel more directly and publicly for a cease-fire with Hamas. But pressure had been building for Biden to intervene more forcefully as other diplomatic efforts gathered strength.