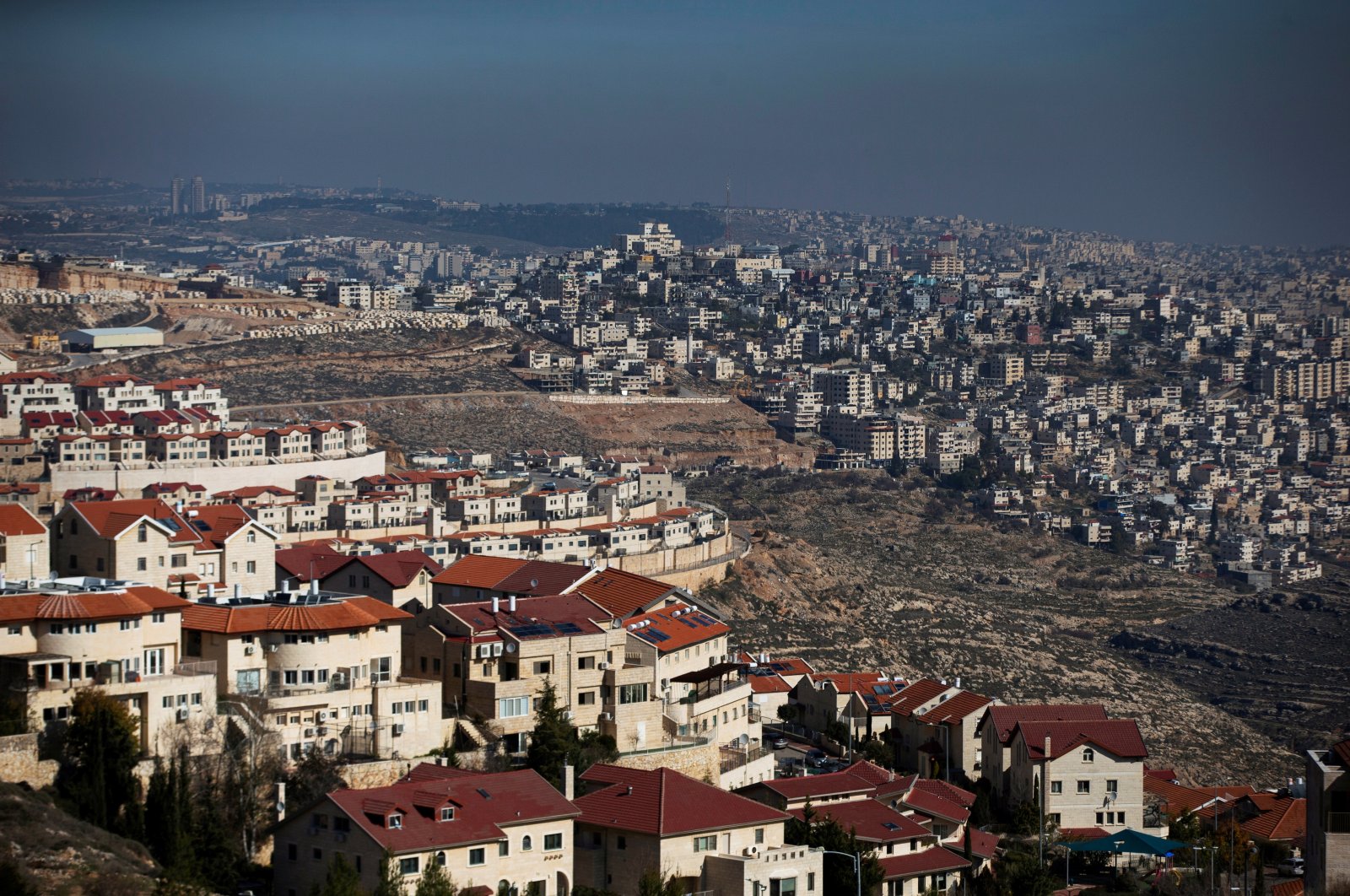 A general view shows the Israeli settlement of Efrat (L) in the Gush Etzion settlement block as Bethlehem is seen in the background, in the Israeli-occupied West Bank, Palestine, Jan. 28, 2020. (Reuters Photo)
by DAILY SABAH WITH AA Jan 21, 2021 11:23 am
RECOMMENDED

Turkey on Wednesday condemned Israel's plan to construct over 2,500 new settlement units in the occupied West Bank and east Jerusalem.

"We strongly condemn the step that Israel took towards the construction of an additional illegal settlement with a total of 2,572 residences, 2,112 of which are in the West Bank and 460 in East Jerusalem with the tenders (Israel) announced today," a Foreign Ministry statement said.

The statement said Israel, by such actions, intends to prevent the establishment of a Palestinian State with geographical integrity and change the status of Jerusalem.

The increase in the number of such actions before each election reflects a mentality of opportunism, it said, adding that these actions block the means of establishing peace in the region.

The ministry called on the international community to take action to ensure the rights of the Palestinian people and to protect Palestinian territories in the face of the occupying mentality of the Israeli administration.

For the Palestinians, Nabil Abu Rudeina, a spokesperson for President Mahmoud Abbas, said the Israeli move was equivalent to a "race to eliminate what remains of the two-state solution while posing more and more obstacles to the new U.S. administration."

On Tuesday, Israel published tenders to build 2,572 new settler homes in the West Bank, including 460 units in east Jerusalem.

The move came after Prime Minister Benjamin Netanyahu on Jan. 11 approved the construction of 800 settlement units in the occupied territories.

All Jewish settlements in the West Bank are regarded as illegal by much of the international community, but the former U.S. President Donald Trump's administration, breaking with decades of U.S. policy, declared in late 2019 that Washington no longer considered settlements as being in breach of international law.

The new U.S. president, Joe Biden, has indicated that his administration will restore Washington's pre-Trump policy of opposing settlement expansion, but on Tuesday, his nominee for secretary of state said the U.S. will not reverse Trump's recognition of Jerusalem as Israel's capital.

"The only way to ensure Israel's future as a Jewish, democratic state and to give the Palestinians a state to which they are entitled is through the so-called two-state solution," Antony Blinken said.

There are currently some 650,000 Jews living in east Jerusalem and the West Bank amid an estimated 3.1 million Palestinians.