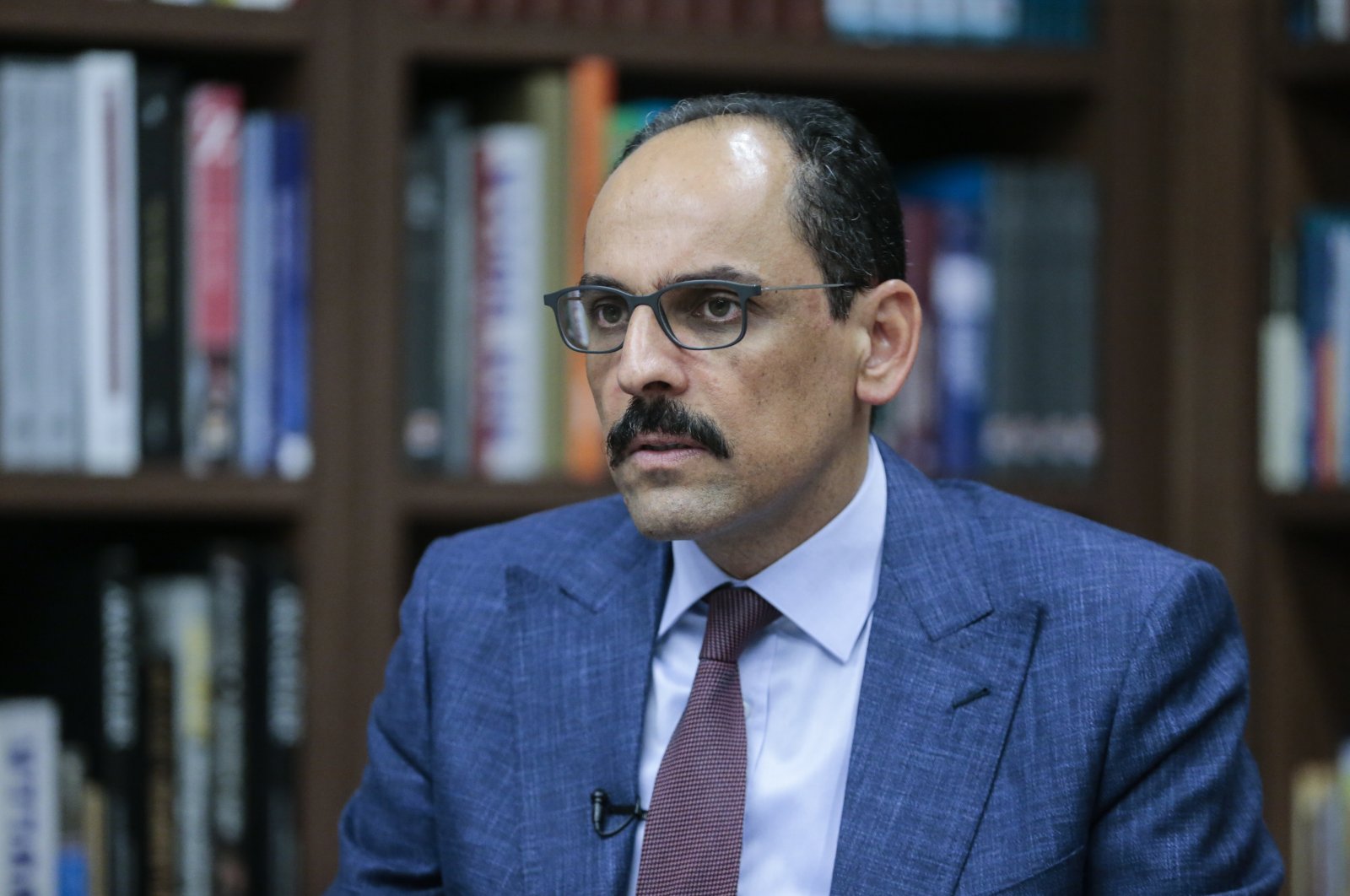 Presidential Spokesperson Ibrahim Kalın on Monday described Egypt as the brain and heart of the Arab world and said that Turkey could turn a new page with Cairo and the Gulf countries.

“We want to cooperate with Egypt in Eastern Mediterranean, Libya and the Palestine issue, which seems to be forgotten by the world. If we could take bilateral constructive steps, it may help to stabilize the region from North Africa to Eastern Mediterranean,” Kalın said in an interview with Bloomberg.

Kalın said that despite its economic and security problems, Egypt is still the heart and brain of the world. “Having dialogue may develop our bilateral and regional relations. This also applies to the other four Gulf countries. We don’t have insolvable problems with any Arab country. We could turn a new page with Egypt and Gulf countries for regional peace and stability,” he said.

In March, Greek media reported that Egypt’s announcement that it would hold a tender for hydrocarbon exploration in the Eastern Mediterranean by recognizing the exclusive economic zone (EEZ) demarcated by Turkey could point to Ankara and Cairo potentially coming to an agreement on the issue.

Two days later, Foreign Minister Mevlüt Çavuşoğlu confirmed the reports, saying that Turkey may negotiate a maritime demarcation agreement with Egypt, depending on the condition of bilateral ties.

“This is a very important development and we expect this to continue,” Akar said, adding that Turkey and Egypt share historical, cultural and common values.

Kalın also urged the U.S. to abandon its maximalist approach in its relations with Turkey, which, according to the presidential spokesperson, pushes Ankara to “alternative ways.”

“We don’t agree with Russia on everything, including (Bashar) Assad’s future, (Khalifa) Haftar, Crimea. However, we can manage our relations with constructive dialogue. Why we wouldn’t do the same with the U.S.?” he said.

Kalın noted that the U.S. blocked Turkey’s helicopter sale to Pakistan, which will likely lead to Islamabad buying it from China and cause more detriment to Washington down the line.

The U.S. imposed sanctions in December on Turkey's Presidency of Defense Industries (SSB) and its chief, Ismail Demir, the U.S. Treasury website confirmed. Sanctions were imposed for the country's purchase of the Russian S-400 missile defense system.

The sanctions – through the U.S. Countering America's Adversaries Through Sanctions Act (CAATSA) designed to deter any country from agreeing to military deals with Russia – also restrict U.S. loans and credits to the Presidency of Defense Industries, although that is not considered to have a significant impact.

The presidential spokesperson said that Turkey and the U.S. have four main problems: Washington’s support of the PKK’s Syrian wing, the YPG; the S-400 controversy; CAATSA sanctions and Washington’s refusal to extradite the leader of Gülenist Terror Group (FETÖ), Fetullah Gülen.

“Unfortunately, we haven’t seen any positive steps on these issues so far. These are our main national security concerns. In other fields, for instance in Iraq and Libya, we have cooperation against terrorism. So, we don’t talk about a pessimistic situation. We believe that these issues can be solved with constructive dialogue,” he said.