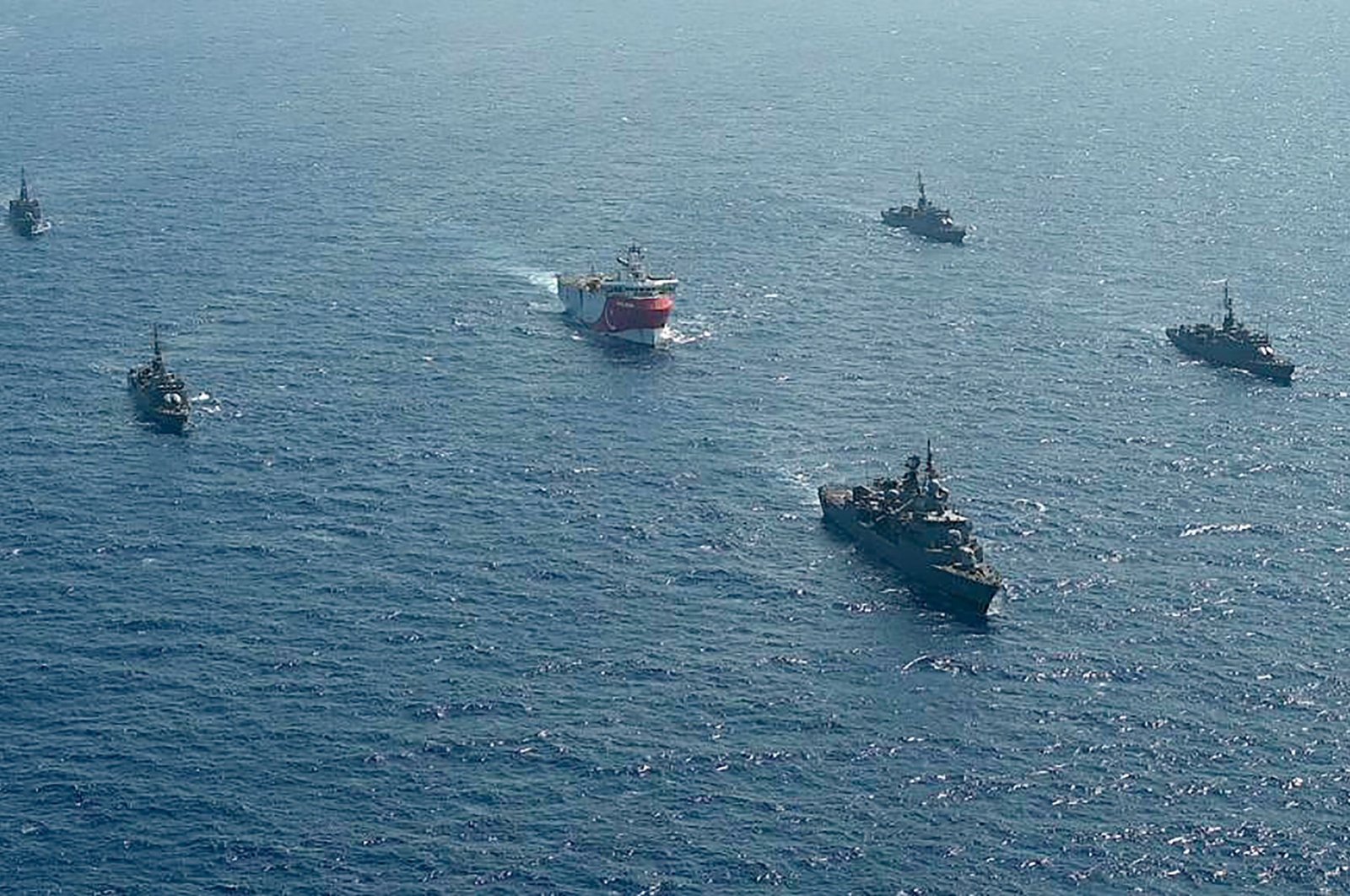 Greek media reported that Egypt’s announcement of holding a tender for hydrocarbon exploration in the Eastern Mediterranean by recognizing the exclusive economic zone (EEZ) demarcated by Turkey could be a sign of a possible agreement between Ankara and Cairo on the issue.

Greek daily Kathimerini said over the weekend that in the eastern zone of the tender map, Egypt has paid attention to the continental shelf notified by Turkey to the United Nations after the agreement between Turkey and Libya in November 2019. The newspaper said that Cairo’s move could be interpreted as its reservation to get involved in the controversy about the Turkish-Greek continental shelf in the region, especially around Cyprus.

Kathimerini also said that even though this move would not refer to an immediate reconciliation, Cairo left an open door to Ankara for future talks by implementing such a move.

In response, Egypt and Greece signed an agreement in August 2020, designating an EEZ in the Eastern Mediterranean between the two countries,

According to the U.N. Convention on the Law of the Sea, while a country is able to stretch its territorial waters only 12 nautical miles out to sea, when it comes to the EEZ, where it has the rights to fishing, mining and drilling, the area can extend for an additional 200 miles. However, if the maritime distance between the two countries is less than 424 miles, a bilateral deal is needed to determine a mutually agreed dividing line of their respective EEZs.

Greece, on the other hand, claims that the islands also have their EEZs, and with this claim, it reduces Turkey's zone remarkably.

Another Greek news portal, The Indicator, said that Egypt is close to making an agreement with Turkey in the Eastern Mediterranean by disregarding Greek interests.

It said that the areas of one tender zone in Egypt’s plan have been determined by Turkey’s claims, not according to the agreement with Greece.

Ankara has maintained its position that a democratically elected president cannot be deposed by a military coup and thus, has voiced its criticism of el-Sissi and his backers, including the West and some of Ankara’s rivals in the Gulf region. The Egyptian government, on the other hand, said that the issue is the country’s internal affairs and urged to not intervene. The dispute led the bilateral relations to remain deadlocked for many years.

Recently, however, signals of a possible reconciliation have come from both countries, particularly due to the changing dynamics in the Eastern Mediterranean and the Turkey-Greece crisis over the region’s energy resources.

Turkish President Recep Tayyip Erdoğan and Foreign Minister Mevlüt Çavuşoğlu have both confirmed that intelligence units on both sides have recently met.

Although there are varying estimates, most figures suggest that the Eastern Mediterranean region has over 70 trillion cubic feet of natural gas or approximately 1.5% of the total natural gas reserves in the world.

Most of this natural gas is found in the fields of Glaucus, Aphrodite and Calypso, which are licensed by the Greek Cypriot administration. Other areas with intense natural gas in the region are Israel’s Leviathan and Egypt’s Zohr.