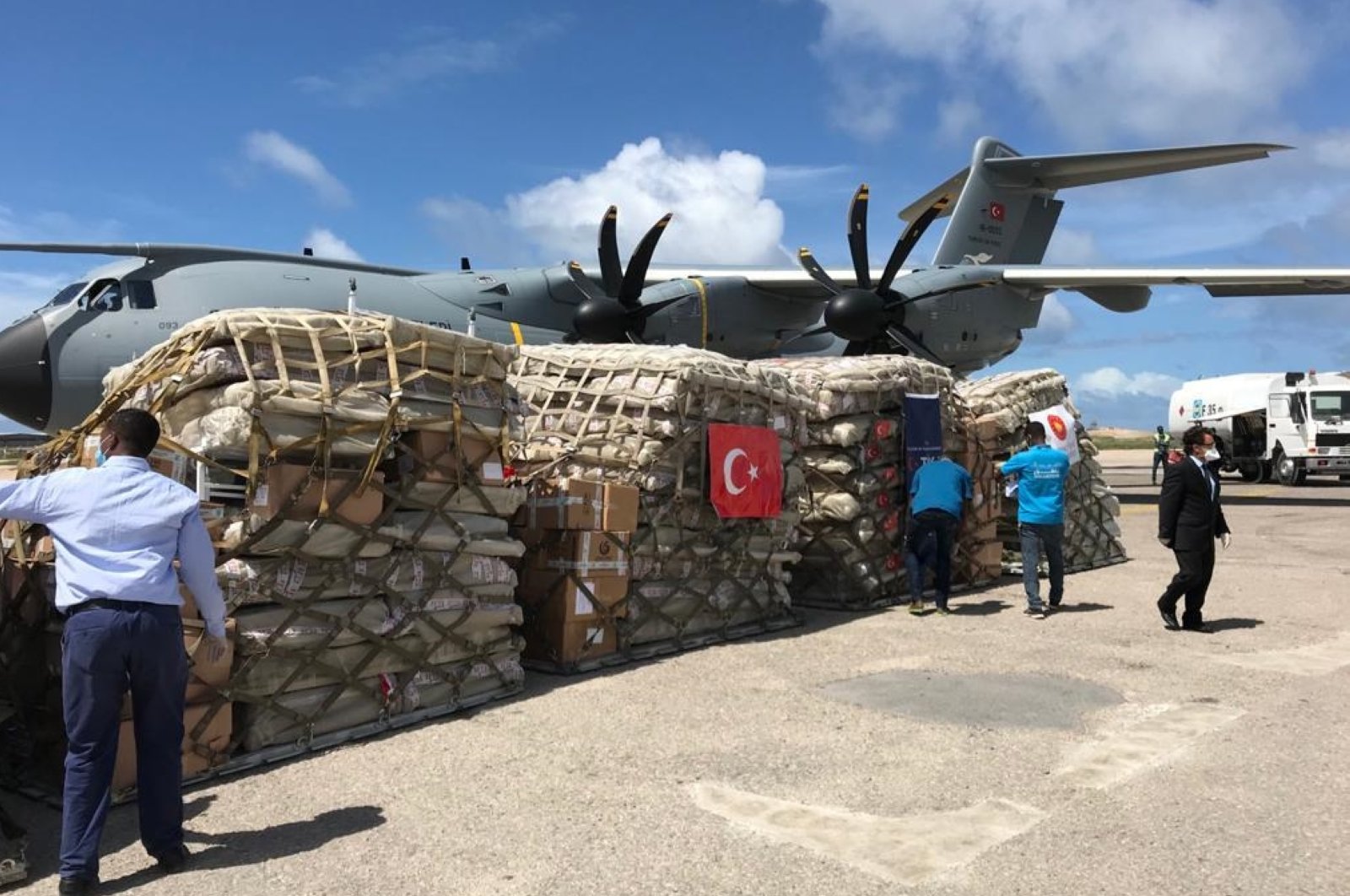 On Twitter, the Turkish Embassy in Mogadishu confirmed the supplies' arrival at Aden Adde international airport, saying: "Today additional batches of medical supplies, third after Corona outbreak, with two military cargo planes arrived at Mogadishu Airport from Turkey to help Somalia fight against Covid-19 and handed over to the @MoH_Somalia. Turkey always stands with Somalia."

"We can't thank you enough," said Somali Foreign Minister Ahmed Awad. "We are profoundly indebted to our brothers and sisters of Turkey."

Somalia recorded 34 new coronavirus cases and three deaths as of Monday, bringing the total cases in the country in the Horn of Africa to 756 as total deaths reached 35.

"We delivered medical aid supplies to Somalia upon the directives of President Recep Tayyip Erdoğan with the aim of combating the COVID-19 outbreak. A Turkish Armed Forces (TSK) aircraft which took off last night has landed in Mogadishu," the Defense Ministry said on Twitter.

On Saturday, Turkey also sent a shipment of medical supplies to Somalia, including new Turkish-made ventilators.

Turkish Industry and Technology Minister Mustafa Varank said the ventilators had become a "breath" for Somalia, with many low-income countries hard-pressed in treating COVID-19 due to medical equipment shortages.

Ankara-based biotech firm BIOSYS began mass-producing a Turkish indigenous respirator last month with the support of technology firms Baykar, Arçelik and ASELSAN. The first 100 devices have since been delivered and the production of 5,000 more is expected by the end of May.

Ankara will continue its efforts in its so-called national technology move to continue to realize its goals and "give hope for our country and our friends," Varank said on Twitter.

With severe trouble breathing being a hallmark of the coronavirus, the global pandemic has increased the need worldwide for ventilator machines.

Despite many countries instituting protectionist policies, Turkey has assisted other nations with deliveries of masks, gloves and personal protective equipment.

The aid packages bear the Turkish presidential seal along with the Turkish and Somali flags and a famous saying by 13th-century poet and mystic Mevlana Rumi: "There is hope after despair and many suns after darkness."

Meanwhile, there are over 42,000 confirmed COVID-19 cases on the African continent – with more than 1,700 associated deaths, according to WHO.

More than 3.58 million cases have been reported worldwide, with the death toll surpassing 251,500 and more than 1.16 million recoveries, according to data compiled by Johns Hopkins University in the U.S.