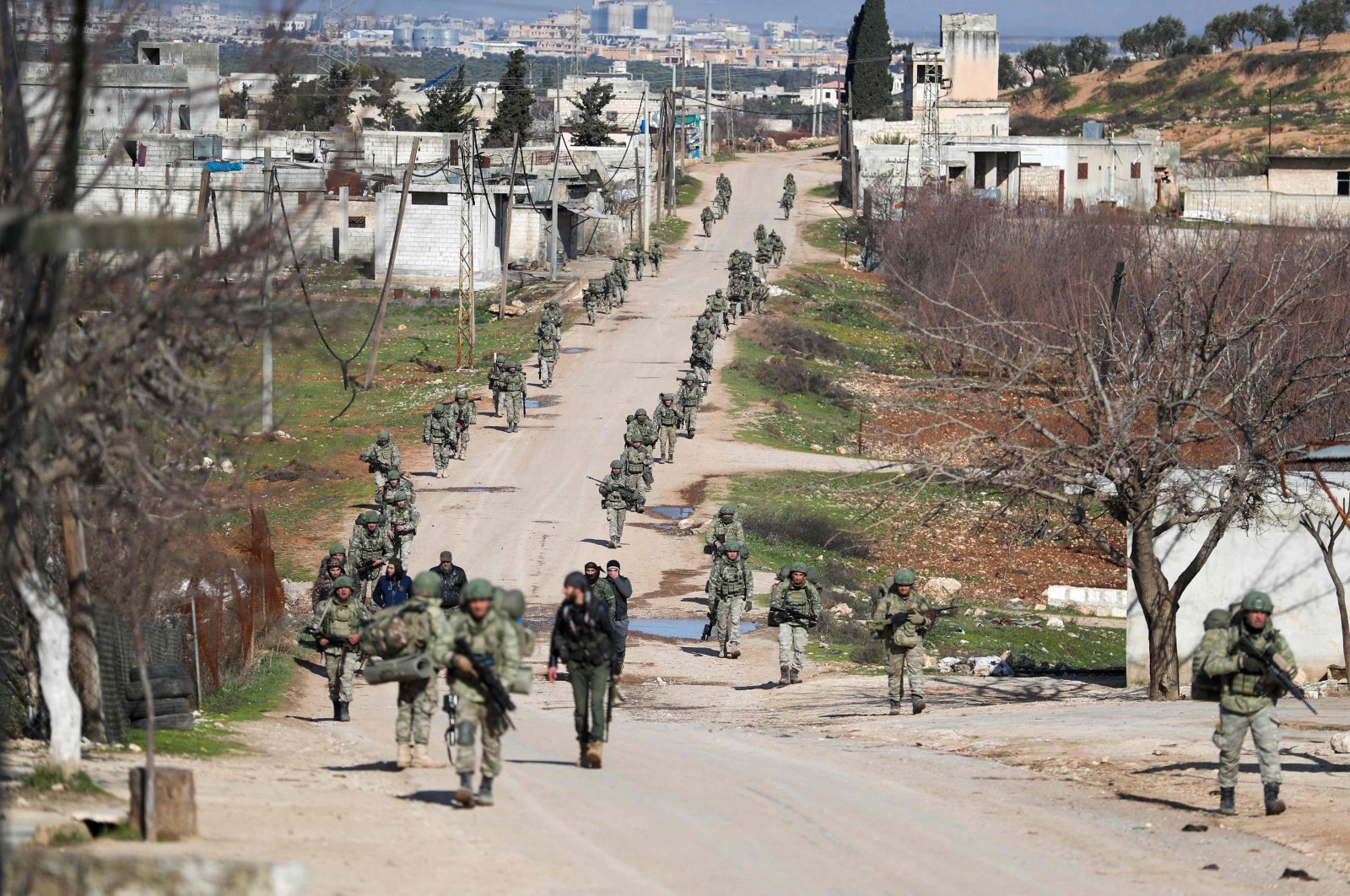 Turkish officials on Thursday denied recent Russian reports that Turkey had agreed this week to open three border gates in northwestern Syria between the opposition and regime-held territory.

Reports that a deal had been struck to reopen three crossings in Syria's northwestern Idlib province and the city of Aleppo do not reflect the truth, regional security sources said.

Airstrikes and regime attacks on Idlib as well as harassment, infiltration and car bomb attacks by the PKK's Syrian branch, the YPG in the areas of Turkey's Euphrates Shield and Olive Branch operations continue, said the sources, who asked not to be named, underlining that it will not be possible for local people to feel safe under these conditions.

Some media outlets reported that an agreement had been reached with the Turkish side to reopen the three crossings.

Russia offered to open the Abu Zandin, Saraqib and Miznaz border crossings on Feb. 1 this year and create a commercial border crossing for the people living in the region to use, said the security sources.

They remained open until Feb. 24, but during this time, there were no mutual requests for passage, the sources said.

The Abu Zandin crossing had been closed since Operation Peace Spring began in October 2019, they added.

An attempt was made to open the Saraqib border crossing in the Idlib de-escalation zone on April 18, 2020, and the Miznaz crossing on April 30 that year, but this failed due to public pressure and protests against the regime, they said.

Previously, it has been seen that the crossing gates opened in the area were not used very efficiently, they noted.

Idlib has been the subject of multiple cease-fire understandings that the Assad regime and its allies have frequently violated. For years, the Assad regime has ignored the needs and safety of the Syrian people, only eyeing further gains of territory and crushing the opposition. With this aim, the regime has incessantly bombed civilian facilities such as schools, hospitals and residential areas, causing the displacement of almost half of the country's population.

Earlier this week, Turkey had expressed its objections and concerns to Russia's envoy about a recent flare-up of violence in northwest Syria, after Russian jets hit towns near the Turkish border and a hospital in the region.

During the phone call, the defense chiefs decided to take mutual measures to prevent infringements.

"We spoke about the violations during the call. We agreed upon taking some measures," Akar said, and added that the agreed cease-fire must be respected to support "opening the road to peace and stability."

Since 2016, Turkey has launched a trio of successful anti-terrorist operations across its border in northern Syria to prevent the formation of a terrorist corridor and enable the peaceful settlement of residents: Euphrates Shield (2016), Olive Branch (2018) and Peace Spring (2019).