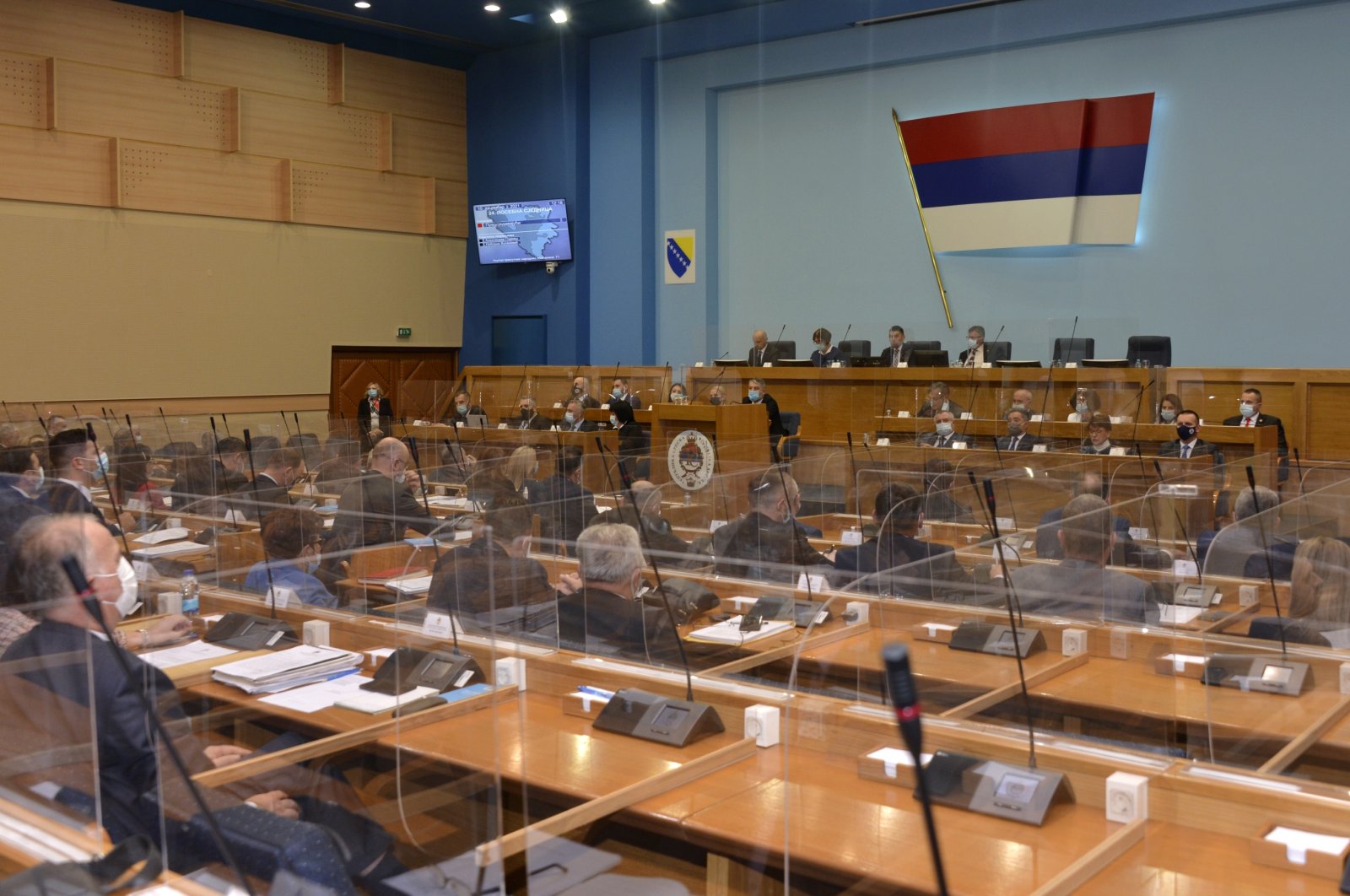 Releasing a statement on the recent decisions taken by the national assembly of the Republika Srpska, one of the two entities of Bosnia-Herzegovina, the ministry said that Turkey has always been at the forefront of efforts to maintain peace and promote prosperity in the Balkans, particularly in Bosnia-Herzegovina.

"We share the concerns regarding the decisions taken at the special session of the National Assembly of the Republika Srpska on 10 December 2021 like all friends of Bosnia-Herzegovina. We consider that the decisions taken in the entity assembly are harmful to the constitutional and legal framework and therefore detrimental to the peaceful and prosperous future that the citizens of Bosnia-Herzegovina deserve very much. It is also a challenge to the peace and stability of the Balkans and the whole of Europe," it said.

Adding that Turkey will continue to strive, together with the international community, for Bosnia-Herzegovina to return to its path of economic development as soon as possible, the statement said: "With this understanding, we call on those who will bear the responsibility of harming peace and prosperity to abide by the constitutional and legal framework and resort to dialogue instead of unilateral actions."

Bosnian Serb lawmakers Friday kickstarted a controversial process of withdrawing from Bosnia-Herzegovina's central institutions, despite repeated warnings against the move from the West.

The Republika Srpska parliament passed a vote that obliges the local government to organize withdrawal from three crucial joint institutions – the army, tax and justice system – in the next six months.

The process is being shepherded by Bosnian Serb leader Milorad Dodik – a former Western protege turned nationalist – who has been threatening secession for years.

The 62-year-old, who is currently a Serb member of the Bosnian joint presidency, tirelessly underlines that the country he co-runs is "impossible."

After eight hours of debate, the lawmakers adopted the proposed text by 49 votes for and three against.

"This is the moment of conquest for freedom of Republika Srpska," Dodik said.

Although in the past Dodik managed to rally all Serb lawmakers to vote unanimously, this time the attempt was unsuccessful and the opposition boycotted the vote.

Opposition Serb politician Mirko Sarovic slammed the move by saying that aiming to divide the army without war is "delusional."

"I think that the path you have taken, Mr. Dodik, is a dangerous one for Republika Srpska," Sarovic said.

Several embassies of Western countries – the United States, the United Kingdom, France, Germany and Italy – in a joint statement labeled the move "a further escalatory step."

Continuing on "this dead-end path" would mean "threatening the stability of the country and the entire region," they said.

Following wars in the 1990s that killed roughly 100,000 people, a NATO intervention in the Bosnian conflict helped hammer out the Dayton Accords, which divided the country along ethnic lines and codified a dizzying bureaucracy aimed at preventing future intercommunal violence.

One half of the country was given over to Bosnian Serbs while the other was to be ruled by a Muslim-Croat federation.

The two entities are held together by federal institutions – once weak but gradually beefed up over the years by a United Nations-appointed high representative.

In September, Dodik announced plans to form a Bosnian Serb army, sparking concerns the action could ignite a new round of conflict in the Balkan country.

The move spurred a new round of shuttle diplomacy, with Western envoys visiting Bosnia in the hope of persuading Dodik to stand down.

The Peace Implementation Council, which monitors compliance with the Dayton agreement, recently warned in recent days that a "unilateral withdrawal" from federal institutions is not possible and has threatened "consequences" for any party that violates the peace agreement.

This statement was not co-signed by Russia, who is part of the PIC along with representatives of Western countries.