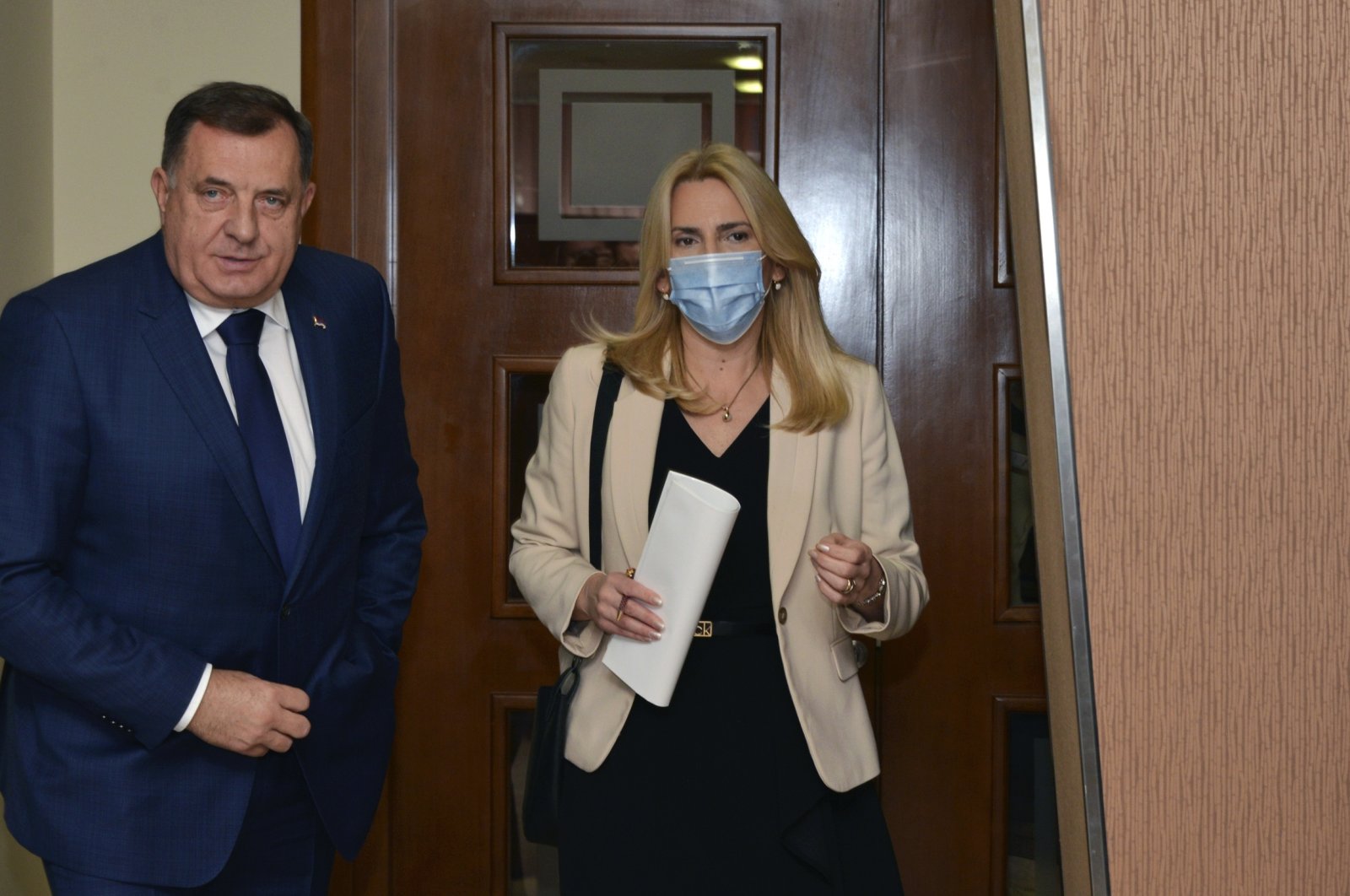 The Republika Srpska could leave Bosnia-Herzegovina if a resolution of the current political situation is not reached, the Serbian member of the Balkan country's joint presidency warned Saturday.

"It is inevitable that Bosnia and Herzegovina will break up and Republika Srpska would leave the country if we cannot overcome the difficult situations we are in," Milorad Dodik, the Serb member of the Bosnia's presidential council, warned on Friday.

The National Assembly of Republika Srpska, one of Bosnia-Herzegovina's two entities, convened an extraordinary session in Banja Luka, the administrative capital.

"The Republic of Serbia will not take military measures and if it comes under military attack, it will fight to resolve it by political means," he added.

"We will only continue our path through political means. Just because we lack military might does not imply that we have lost. I reject war," Dodik said during the session, and reiterated, "I call on this assembly to reject the war."

During the session, it was decided to draft a new constitution, with Banja Luka proposed to become the capital of Republika Srpska.

In addition, within six months, the government of Republika Srpska must create legislation and regulations governing the security, defense, tax administration and judicial system.

Meanwhile, members of the opposition walked out of the conference, claiming that Dodik's speech was a "pure election campaign."

The Democratic Action Party (SDA) officials said the resolutions being debated in the Republika Srpska Parliament are a direct attack on the Dayton peace accord, with serious repercussions.

"Serbian politicians should stay away from decisions that would be disastrous for Republika Srpska," he said in a statement.

The Croat and Bosniak members of the presidential council of Bosnia-Herzegovina, Zeljko Komsic and Sefik Dzaferovic, asked prosecutors to initiate necessary legal proceedings against those who are linked to the decisions taken in the Republika Srpska entity assembly.

Bosnia-Herzegovina is currently embroiled in a political conflict between Bosniaks and Serbs living in the country.

The dispute erupted after Valentin Inzko, former high representative for Bosnia-Herzegovina, amended the criminal code in July to ban the denial of genocide and the glorification of war criminals.

In response, Bosnian Serb lawmakers said that they would boycott the country's institutions.

Dodik denounced the amendments. "We will not live in a country where someone can impose a law by simply publishing it on his website."

The Serb politician, who denied all legal changes enacted by the Office of the High Representative, pledged to take drastic measures in the army, judiciary and tax systems if the Dayton Agreement, which ended the 1992-95 Bosnian war, did not return in its entirety.

He also contributed to pass a bill in October through the Republika Srpska assembly that transferred the powers of the nationally authorized Bosnia-Herzegovina Pharmaceuticals and Medical Equipment Agency to a new institution established within Republika Srpska, which was criticized for potentially undermining the country's constitution.