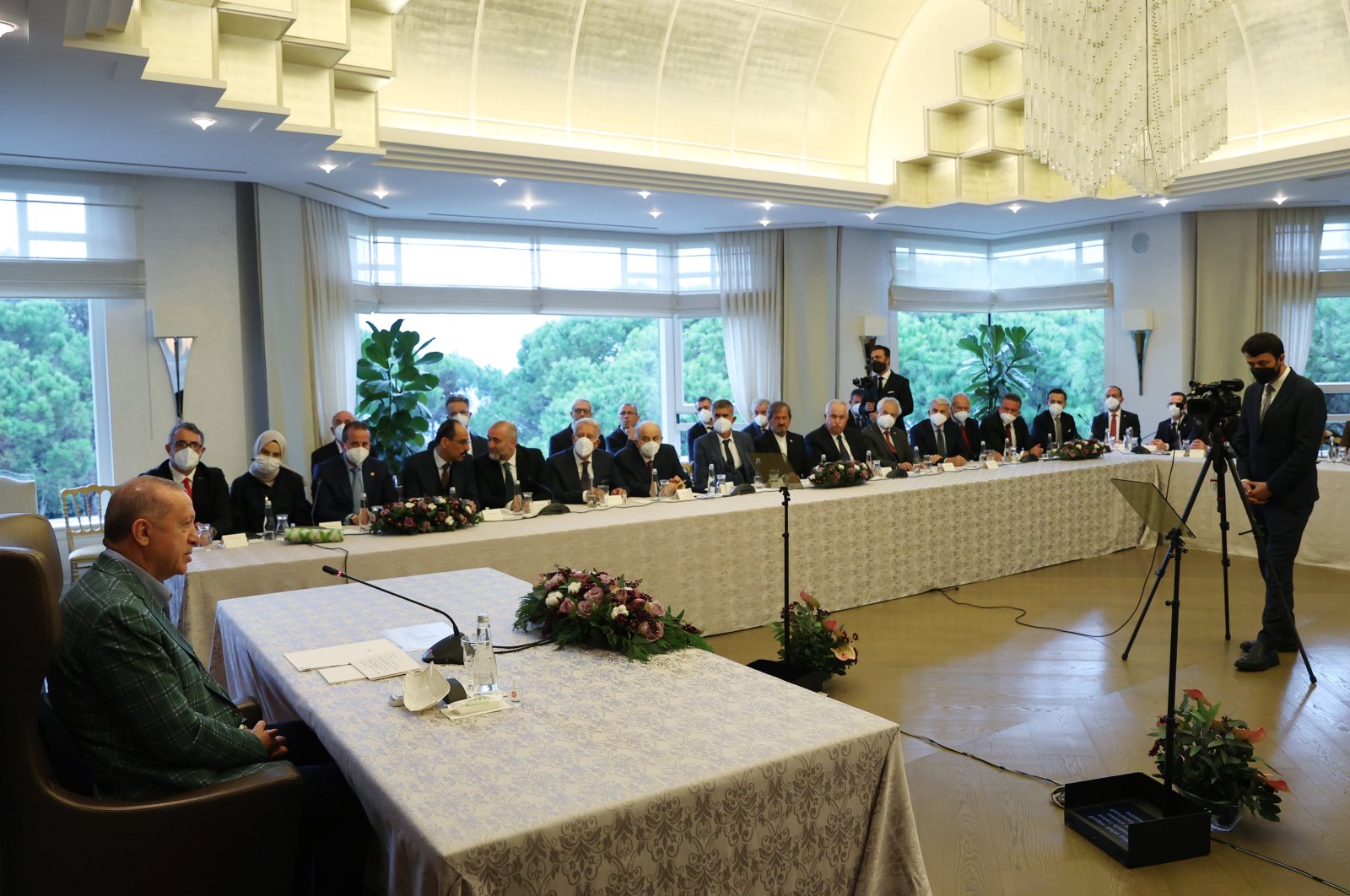 "We have provided support without any discrimination for the preservation and stabilization of Bosnia-Herzegovina's multicultural and ethnic identity," Erdoğan said, thanking each representative for their "kind visit."

Highlighting that Turkey mobilized all its resources in support of Muslims during the Bosnian War, in which massacres and crimes against humanity took place, Erdoğan said his country will continue to stand by the Bosnian people "in a much stronger and different way."

Regarding Turkey's projects and development aid in Bosnia and Herzegovina, he said not only Bosnians but also Serbs and Croats benefited from these investments.

"We are taking the necessary steps to resolve the problems in the region," he said and added Turkey will continue to work for the well-being of Bosnia-Herzegovina and the entire Balkans.

Turkey will certainly not allow Bosnia-Herzegovina to experience the suffering it did in the 1990s again, he noted.

Regarding Turkey's direct investments in the country, he said the amount currently exceeds $250 million.

"We aim to increase our bilateral trade, which was $650 million last year despite the pandemic, to over $1 billion in a short time," he added.

"Our work on the Belgrade-Sarajevo-Bosnia Highway, which will make a great contribution to the economy of the region, is progressing as planned. In my opinion, this is not only a road project but also a peace project in all aspects," he added.

Erdoğan visited the country in August as part of a mini Balkans tour and attended the reopening ceremony of a mosque renovated by Turkey.

More than 8,000 Bosnian Muslims were killed when Bosnian Serb forces attacked Srebrenica in July 1995, despite the presence of Dutch peacekeeping troops.

Serb forces were trying to wrest territory from Bosnian Muslims and Croats to form a state.

The United Nations Security Council declared Srebrenica a "safe area" in the spring of 1993. But troops led by Gen. Ratko Mladic overran the U.N. zone. Mladic was later found guilty of war crimes, crimes against humanity and genocide.

Bodies of victims have been found in 570 areas across the country.

In 2007, the International Court of Justice at The Hague ruled that genocide had been committed in Srebrenica.

On June 8, U.N. tribunal judges upheld in a second-instance trial a verdict sentencing Mladic to life in prison for the genocide, persecution, crimes against humanity, extermination and other war crimes in Bosnia-Herzegovina.