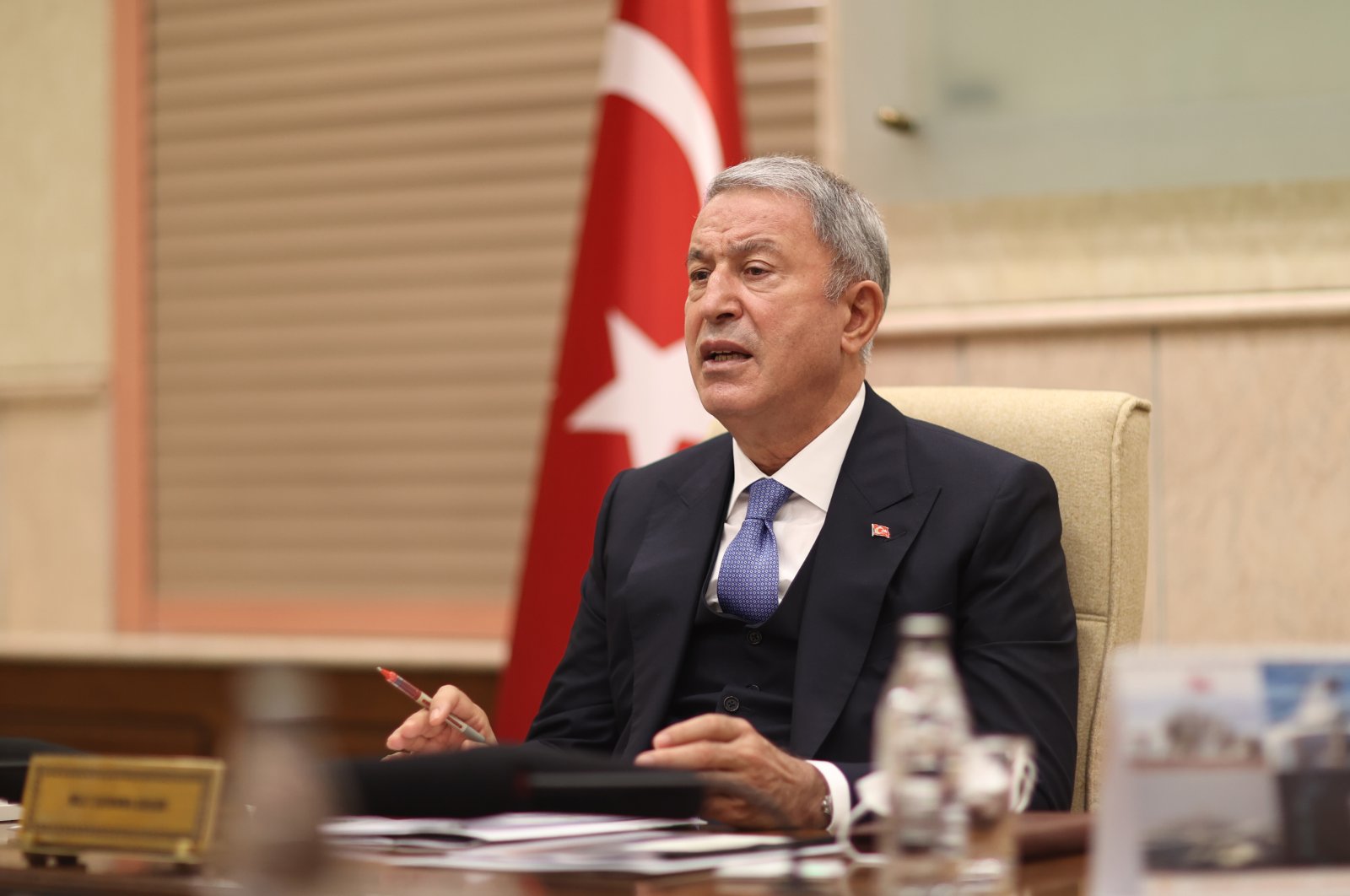 Turkey expects Russia to uphold its responsibilities in the Idlib deal, Defense Minister Hulusi Akar said Tuesday, underlining that Turkey has been abiding by the principles of the agreement.

"We hope that with the meeting our president will have with Mr. Putin, a return to peace will be possible as at the beginning of the memorandum of understanding," he said as attacks on the last opposition bastion continue to increase.

Speaking to journalists, Akar commented on the attacks on Idlib saying: “They (Russia) say that they carry out these attacks against ‘terrorist groups there.’ However, among those that lost their lives or run from these attacks are no terrorists. We have been trying to explain this for months.”

He added that he might hold talks with his Russian counterpart.

Akar underlined that communication channels between Turkey and Russia are open and that Turkish soldiers in the field can hold meetings with Russian generals.

He also spoke on attempts by the PKK terrorist group’s Syrian wing, the YPG, to infiltrate despite an agreement with Russia in the Operation Peace Spring area.

“We had agreed that the terrorists there must withdraw however, their presence there continues. This is an issue in which we are right,” Akar said, indicating that Turkey is in talks with the U.S. and Russia in this regard, while Ankara also takes its own precautions and hinders terrorist attacks.

NATO member Turkey has bought Russian S-400 air defenses – leading to U.S. sanctions on Turkish defense industries – and has been in talks with Russia over possibly buying a second batch.

Furthermore, Putin and Assad recently met in Moscow to discuss the cooperation between their armies and how to continue operations to gain control of the last opposition-held areas in Syria. Putin blasted the presence of “foreign forces" in parts of Syria – an apparent reference to hundreds of U.S. troops who are in eastern Syria working with YPG/PKK terrorists, as well as Turkish troops in northern Syria. Putin said the presence of the foreigners is illegal because they have no approval by the U.N. or the Assad regime.