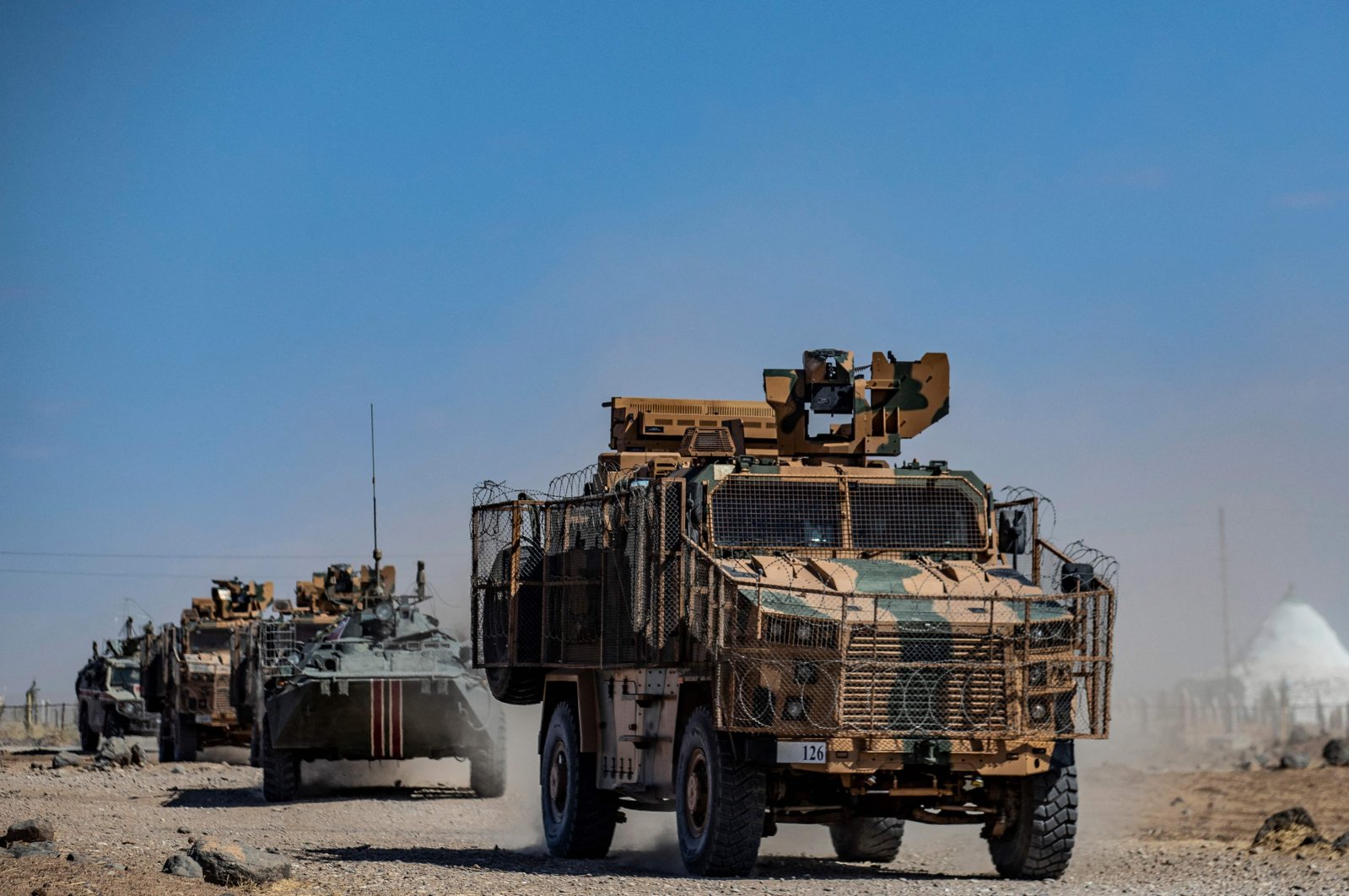 The violence in northwestern Syria, where Moscow and Ankara back opposing sides, will be the main agenda of an upcoming meeting between Russian President Vladimir Putin and President Recep Tayyip Erdoğan amid rising tensions in the region

Turkey agreed to differentiate between normal opposition forces and terrorists in Syria’s northwestern Idlib as part of a deal reached with Russia, Moscow’s Foreign Minister Sergey Lavrov said on Saturday, adding that the process is going slowly.

“There is a special agreement between the Russian leader and the Turkish president in Idlib. Our Turkish interlocutors took on the responsibility to distinguish the normal opposition from terrorists. This had to be done long before, but it is proceeding slowly,” Lavrov told reporters in New York upon being asked why attacks on the last opposition bastion have been increasing despite the agreement.

Lavrov further said that Russia is in periodic contact with the United States regarding the east of the Euphrates while he said Washington’s presence in al-Tanf and Rukban is unacceptable.

He reiterated that Russian President Vladimir Putin and President Recep Tayyip Erdoğan will discuss the issue of Idlib in their upcoming meeting on Sept. 29 in Russia's Black Sea resort of Sochi.

Erdogan said on Friday he would seek to take relations with Moscow “much further” when he meets Putin. “We strive to further our bilateral relations with Russia,” he emphasized.

NATO member Turkey has bought Russian S-400 air defenses – leading to U.S. sanctions on Turkish defense industries – and has been in talks with Russia over possibly buying a second batch.

Furthermore, Putin and Assad recently met in Moscow to discuss the cooperation between their armies and how to continue operations to gain control of the last opposition-held areas in Syria. Putin blasted the presence of “foreign forces" in parts of Syria – an apparent reference to hundreds of U.S. troops who are in eastern Syria working with YPG/PKK terrorists, as well as Turkish troops in northern Syria. Putin said the presence of the foreigners is illegal because they have no approval by the U.N. or the Assad regime.

Frequent bombings and shelling have led to nearly 50% of health facilities being out of service, just as the Syrian people need them the most amid the coronavirus pandemic. Living in overcrowded tent camps or even out in the open in safe areas near the Turkish border, many are struggling to meet even basic needs.