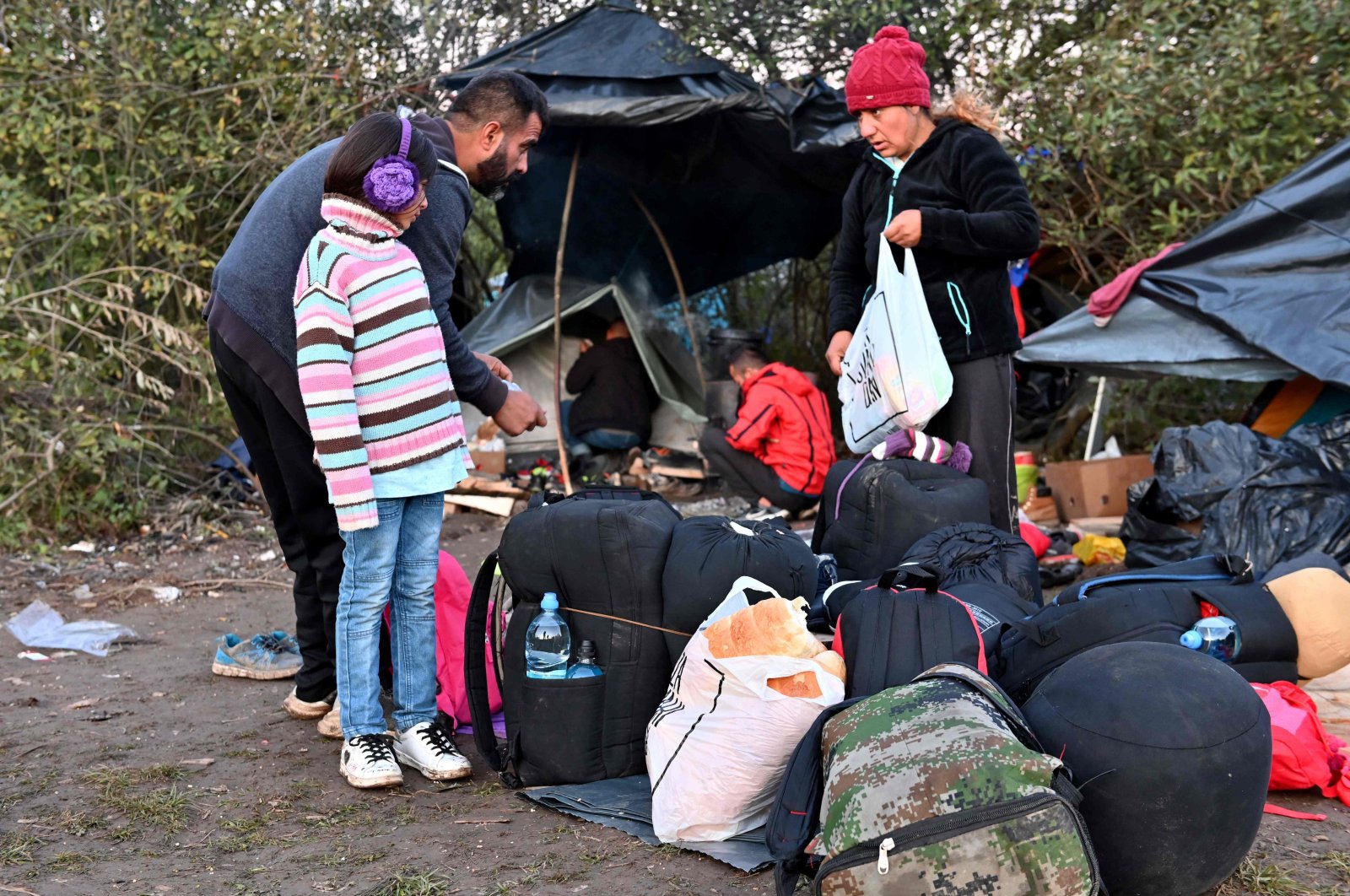 Members of an Afghan family pack their belongings as they prepare to cross the Croatian border near their illegal improvised camp, outside the northern Bosnian border town of Velika Kladusa, Oct. 15, 2021. (AFP Photo)
by DAILY SABAH Oct 22, 2021 11:54 am
RECOMMENDED

He said that "There are 3.5 million Afghans in Iran. Considering that 2 million people are ready to move, and 2,000 people come daily, we are faced with a very serious threat of migration."

Soylu visited Iran this week to sign a memorandum of understanding designed to prevent the terrorist and illegal activities the countries face, particularly along their borders.

Faced with a new potential migrant wave due to the instability in Afghanistan, Turkey has maximized measures on its eastern border with Iran. Turkey is continuing efforts to bolster the security of its border with Iran to prevent any migrant influx in the face of the recent developments in Afghanistan. The beefed-up border measures in Turkey, which already hosts nearly 4 million Syrian refugees and is a staging post for many migrants trying to reach Europe, began as the Taliban started advancing in Afghanistan and took over Kabul following the United States' withdrawal.

Turkey is not the only country putting up barriers. Its neighbor Greece has just completed a 40-kilometer (25-mile) fence and surveillance system to keep out migrants who manage to enter Turkey and try to reach the European Union.

Turkey has been a key transit point for asylum-seekers attempting to cross into Europe to start new lives, especially those fleeing war and persecution. Concerns have risen over a possible spike in migrants from Afghanistan, due to the U.S. pullout from the country and the following surge of Taliban attacks. Turkey has made it clear that it will not bear the burden of the migration crises experienced as a result of the decisions of third countries.