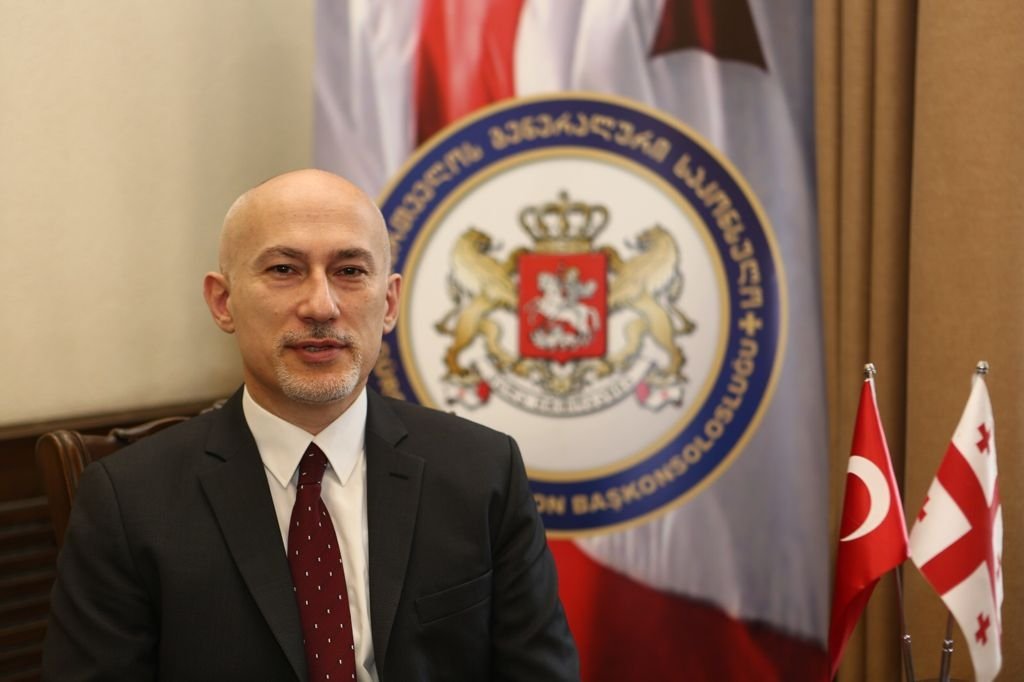 Turkey and Georgia are neighbors that enjoy friendly and strategic ties, stated Georgian Consul General Gela Japaridze in Trabzon, Turkey, hailing the centenary of the opening of Georgia's Embassy in Ankara.

Saying that Turkey has become Georgia’s biggest trade partner as of 2007 while it is also one of the countries making the most investment in Georgia, Japaridze reminded that with a protocol signed in 2011, both countries’ citizens are able to travel solely through an ID card.

He pointed out that a high-level strategic cooperation council was established in 2016 to further improve ties. Turkey and Georgia also cooperate on several projects.

Another major project, the Baku-Tbilisi-Kars railroad, opened in 2017 and connected not just Turkey, Georgia and Azerbaijan but also Europe to Central Asia and China. The 829-kilometer (515 miles) railway line, extending from Baku to Kars, complements a major part of the Middle Corridor with the Caspian Pass line.

He also reminded that Turkey supports Georgia’s efforts for integration with the European Union as well as Atlantic institutions.

Japaridze stated that Turkey and Georgia have also been closely cooperating during the pandemic.

“Turkey has helped Georgia in the procurement of necessary medical material and oxygen throughout the pandemic. Many of our COVID-19 patients have benefited from this.”